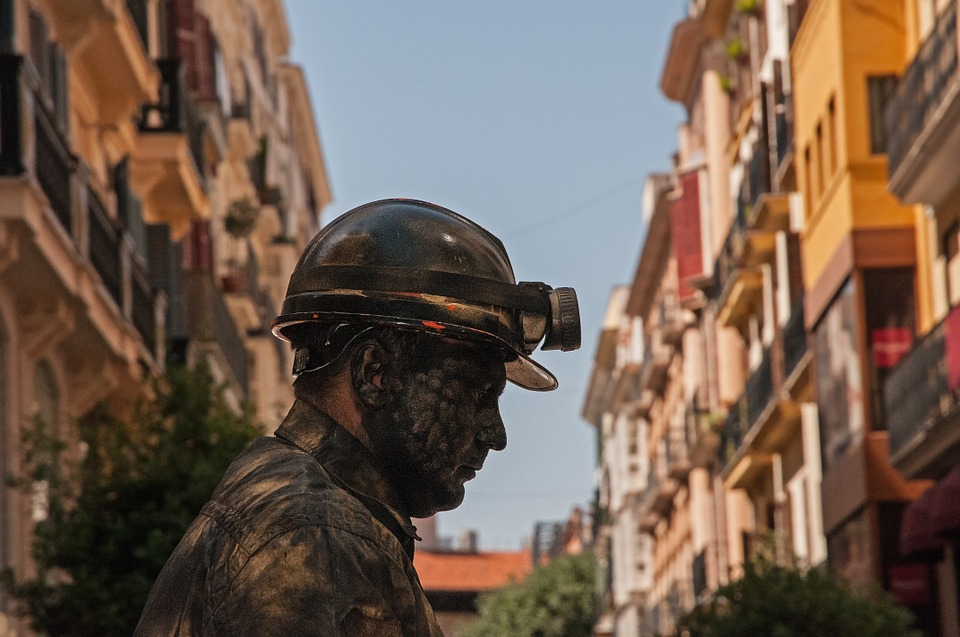 A miner, blackened from work, takes a quick break during the middle of a work day. Reference image by Pixabay.
Previous story
Next story

A Canadian climate change denial group has popped up in a U.S. coal giant's bankruptcy proceedings that have lifted the curtain on the funding of a sophisticated continent-wide marketing campaign designed to fool the public about how human activity is contributing to global warming.

A document, nearly 1,000 pages long, lists the Calgary-based Friends of Science Society as one of the creditors expecting to get money from the once-mighty coal company, Peabody Energy.

Climate scientists and environmentalists have long suspected that the so-called "Friends" group was a front for fossil fuel companies trying to block government action to reduce carbon pollution, but Friends of Science members always declined to reveal their source of funding.

The bankruptcy documents show that the coal giant — known for aggressively lobbying against environmental regulations — had some kind of financial arrangement with their "Friends" from Calgary. But when asked, the Calgary group's spokeswoman said she wasn't aware of the connection.

“That would be news to us,” wrote the Friends’ communications manager, Michelle Stirling, in an email response to a query about the funding from National Observer.

The document does not show the amount of funding provided, what it was for, when it was given, but only lists creditors.

Stirling said she would need to review the document, which she believes was filed by a party other than Peabody, and said the filing could be a "spurious attempt" to connect the Friends of Science to the coal company: "Until I review the full document and check the source I can't say much more."

Keith Stewart, head of Greenpeace Canada's energy campaign, said the documents provide proof of what industry has been trying to do to manipulate public opinion.

"There has been for decades a coordinated effort to attack climate science as a way to delay action on climate change," Stewart said.

Peer-reviewed scientific evidence has demonstrated that human activity, mainly through the burning of fossil fuels and land-use changes, have largely contributed to warming temperatures on the planet in recent decades. Governments from around the world have also accepted that the science shows humans must move off fossil fuels in the coming decades to avoid irreversible damage to ecosystems and life on Earth.

The Friends group says it has spent a decade reviewing a broad spectrum of literature on climate change “and have concluded that sun is the main driver of climate change, not carbon dioxide.” The group was created more than a decade ago, using "research" accounts from the University of Calgary to finance its operations, including trips, wining and dining, for several years. But the university, which was issuing tax receipts to donors, later decided to shut down the accounts following an audit.

They created their organization, kickstarted by a $175,000 donation from Talisman Energy — another fossil fuel company — to lobby against the Canadian government's decision to ratify the Kyoto Protocol on climate change in 2003. Friends of Science also ran a sophisticated public relations campaign, including advertising in the 2006 federal election that challenged the Liberal government's position.

The court document also revealed that Peabody Energy owed money to many Americans groups that cast doubt on whether humans are responsible for the recent warming observed on Earth.

The Centre for Media and Democracy reported in mid-June that Peabody gave funds to a “network of individuals, scientists, non-profits and political organizations espousing climate change denial and opposition to efforts to tackle climate change.”

Other recipients included Willie Soon, an aerospace engineer who argues sun spots and not CO2 is causing climate change, and who has previously received funding from ExxonMobil; and The Committee For A Constructive Tomorrow (CFACT), whose recent film, Climate Hustle, contains misleading information about climate change.

"Derail the science and you stop the train"

The centre noted that the filings "demonstrate for the first time that Peabody Energy has financial ties to a very large proportion of the network of groups promoting disinformation around climate change."

Kert Davies, director of the Climate Investigations Center and one of the researchers who uncovered Peabody's links to the U.S. climate denial groups, told National Observer: "Peabody's funding of groups like Friends of Science and others like CFACT shows a clear intent by the company to intervene in the climate public policy debate by casting doubt on the science. They know full well that science is the engine that drives environmental policy; derail the science and you stop the train."

The revelation around Peabody's funding of climate denial groups has sparked outraged reaction among Canadian scientists and environmentalists.

Danny Harvey, a professor of geography at the University of Toronto, said: Peabody's funding of the Friends of Science confirms that the latter group was in a conflict of interest and could not be believed. "It confirms what we knew all along. It's not surprising at all."

Harvey, who is a past Intergovernmental Panel on Climate Change lead author, noted that ExxonMobil is currently in hot water for climate change denial after covering up what it knew about the disastrous effects globally of an increase in atmospheric carbon dioxide from fossil fuels.

"I sort of suspect they would be doing something dirty like that," he said of Peabody.

Stewart, from Greenpeace Canada, added that the Peabody bankruptcy proceedings show that the coal industry is in decline because they failed to embrace the science and plan for the future by developing more renewable forms of energy.

"The coal companies didn't see this coming in time and they went bankrupt," he explained. "What we need to do now is make sure that oil companies in Canada see this so that we can begin the orderly transition to a climate-friendly economy rather than lurching in that direction through a series of bankruptcies and rearguard political actions like funding Friends of Science."

At the same time, National Observer has also learned that the Competition Bureau is moving ahead with an inquiry into a complaint against the Friends.

The complaint cited the Friends for propagating false and misleading representations related to several billboards, website representations and a poster made available as a free download on a website. It also included The International Climate Science Coalition and the Heartland Institute.

Ecojustice, on behalf of a group of prominent Canadians (one of whom was Danny Harvey), filed the complaint with the Competition Bureau in December 2015. Charles Hatt, a lawyer with Ecojustice, said the bureau’s decision “validates the thrust of the application,” something he finds particularly gratifying given the “push-back” the application received.

Michael Osborne, a partner in the Toronto-based legal firm of Affleck Greene McMurtry LLP, wrote a withering opinion piece in the National Post.

“Ecojustice’s complaint not only is not within the ambit of the Competition Act, it is a blatant abuse of the Act’s six-resident complaint provision and an invidious attempt to deprive people of freedom of speech, which is not just protected by our constitution, but lies at the very core of our democratic system,” Osborne opined.

Hatt noted the Competition Bureau’s inquiry doesn’t come with a specific timeline and that it is conducted in private.

The blanket of greenhouse

The blanket of greenhouse gasses that already shrouds the planet's skies is not as thick as the layer of fossil fuel industry slime that covers its surface. We don't live in a democracy, and haven't for many years. Welcome to the oligarchy. The world according to Mammon.