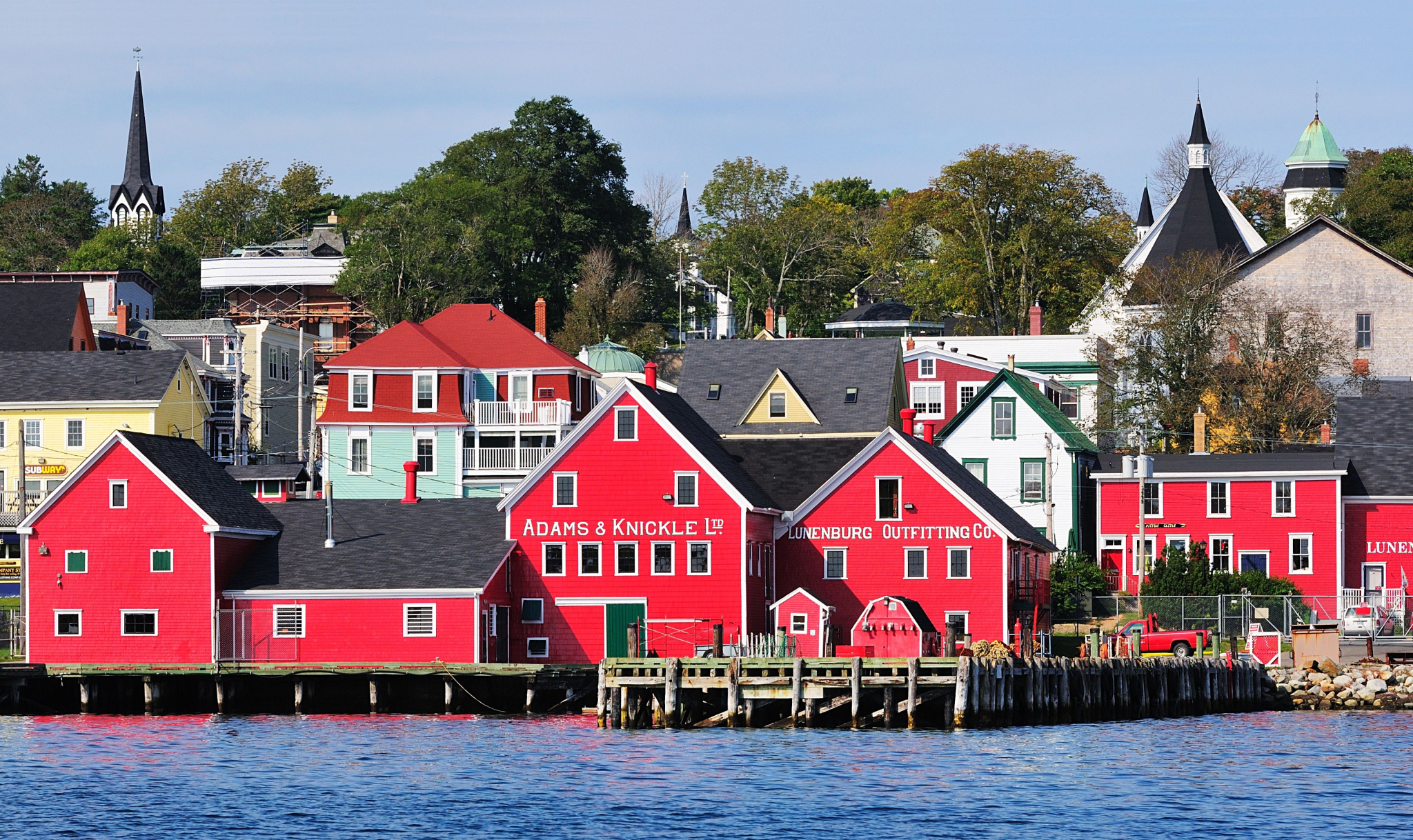 Town council in Lunenburg, N.S. has requested stricter oversight in the approval of offshore drilling projects. Photo from the Wikipedia Creative Commons
Previous story
Next story

Less than 100 kilometers down the coast from Halifax sits the picturesque, historic fishing town of Lunenburg.

Lining the streets is a kaleidoscope of colourful buildings which lead to the town hall, a red brick building in "old town."

Inside, a quiet rebellion is brewing.

Lunenburg town council has decided to take a stand after the recent government approval of British Petroleum’s deepwater drilling project 300 kilometres off the Nova Scotia coast.

In April, the oil giant began drilling the first of seven planned exploratory wells, some twice the depth of the Deepwater Horizon well, site of the largest marine oil spill in history in 2010. The explosion and sinking of the Transocean oil rig ravaged the Gulf of Mexico, leaking about 3.19 million barrels of oil from BP’s pipes into the ocean over 87 consecutive days.

Lunenburg Mayor Rachel Bailey and her team of town councilors stated their concerns about the controversial project and the approval process for offshore drilling in Nova Scotia in a letter to Environment Minister Catherine McKenna, and Minister of Oceans and Fisheries, Dominic LeBlanc.

“The Lunenburg Town Council, on behalf of the people we represent, ask you who have responsibility and the stewardship of our natural resources, to re-evaluate the process through which permission is granted to drill for oil and gas beneath our life-giving waters,” they said in the letter.

A recent investigation by National Observer into BP’s offshore drilling project on the Scotian Basin uncovered BP documents stating that it could take BP Canada up to 165 days to stop a well from leaking 25,000-35,000 barrels of oil daily into the ocean. The piece of equipment capable of stopping the leak, a capping stack, is stored across the Atlantic in a Nordic warehouse. Furthermore, the new BP rig floats near two crucial marine habitats.

In February, McKenna announced that the proposed Scotian Basin Exploration Drilling Project is not likely to cause significant adverse environmental effects, according to the federal Canadian Environmental Assessment Agency (CEAA). She defended the drilling the day after approval for the first well, the Aspy D-11 exploration well, was announced on April 21 by the Canada-Nova Scotia Offshore Petroleum Board (CNSOPB).

In the investigation, National Observer also spoke with an expert in catastrophic risk management who warned that BP’s documentation had underestimated the risks posed by the project.

There are concerns that the people of Lunenburg, with a population just north of 2,000, feel have not been properly addressed. The letter says they are "deeply troubled."

Residents worry about their livelihoods

“This is not an area that we have expertise in, or profess to. It’s certainly not an area of responsibility of ours as a municipal council,” Bailey told National Observer. “But we were hearing from a lot of our citizens and they're looking for us to show some leadership.”

Mayor Bailey said she has received letters, emails, and phone calls from constituents and has spoken in person to residents who worry that their livelihoods are at risk.

Regardless of her lack of expertise in deepwater drilling, Bailey said she felt a responsibility to shine a spotlight on what she feels is a "disregard for the will of the people."

“We didn't take it upon ourselves, necessarily, to take a lead role in this but we are happy to do that when nudged in that direction,” said Bailey. That’s the battle cry of the soft-spoken mayor who was elected in 2012.

Aside from Old Quebec city, Old Town Lunenburg is the only other urban UNESCO world heritage site in Canada. It’s a quality that drives a lot of tourists to town, supporting the local economy. Visitors enjoy the beaches, ocean, and seafood.

Local voices want to be heard

Although Lunenburg’s main economy now is based on tourism, it was not long ago that it was considered “the fishing capital of Canada, where cod is King.” And the industry is still going strong today.

Located within the town are the head office of Clearwater Fine Foods, a 100-year-old scallop fishery, and a thriving inshore lobster industry.

Bailey said the fishing industry “is still a significant part of our economy and our identity and so it's very important to us.”

Locals worry that an uncontrolled spill could wreak havoc not just on the town and it’s two main industries, but also on the water, she said.

In Canada, offshore drilling projects are approved by the Canadian Environmental Assessment Agency (CEAA) and then regulated by the Canada Nova Scotia Offshore Petroleum Board (CNSOPB), an independent, joint provincial-federal agency.

“There needs to be a more robust involvement of local people,” said Bailey.

She said the CNSOPB did hold a series of meetings with officials from communities around Nova Scotia in early 2018 to discuss the project.

It was a step in the right direction, Bailey said, but “it was much more a token than a real attempt to engage with the local community and the people who would be impacted by what happens here.”

BP’s project has also been opposed by local Mi’kmaq First Nations as well as the Council of Canadians. The CBC reported their joint “unwelcoming party” at BP offices in Halifax, after approval was announced, to voice concern over the project’s potential damage to historic fishing grounds.

“We’ve got something to say here”

On May 22, a second information session was held by the CNSOPB for the municipal councillors from counties along Nova Scotia’s south shore.

The meeting happened to coincide directly with Lunenburg’s own council meeting, meaning Mayor Bailey and her team couldn’t attend. In their stead, they sent retired Liberal senator Wilfred Moore to represent the town.

Moore had already previously attended an information session in February, which he wrote disparagingly about in an op-ed for the local paper, Lighthouse Now.

He described the CNSOPB’s activities as “much more than those of a regulator; rather, they sound like the activities of a lobbyist in support of BP.”

Moore is the volunteer chair of the Lunenburg School of the Arts, which he established four years ago, while his wife, Jane Ritcey Moore, is the president of Adams and Knickle, a local fishery that has been in the family since its inception in 1897.

While speaking to National Observer he warned that a spill “would just be catastrophic.”

“The catch would go down. And if you catch something, would people buy it if they knew it was coming from tainted waters? And are people going to go whale watching and deep sea fishing when they're out there in water with oil on the surface and around the beaches? That would be a death knell.”

The May 22 meeting was scheduled for two hours. He said the meeting included a lengthy introduction by a CNSOPB communications staffer and a presentation by a scientist about which dispersant would be used in the case of a spill.

It wasn’t until ten minutes before the meeting was scheduled to end that the floor was opened to questions and concerns. The meeting was extended by 15 minutes.

“It was clear that this board is not a public input organization. They are not a board where the public can go and make its views known,” said Moore.

Although Moore found the meetings highly informative, he could understand the town’s frustration with the lack of dialogue.

“They're not happy with the process and that meeting confirms why they are unhappy,” added Moore. ”We've got something to say here. We've got valuable assets to protect and to make sure that things are done properly so we don't get hurt.”

Sadie Toulany, communications advisor with the CNSOPB, confirmed that the board held a number of public engagement sessions to provide the public an opportunity to identify issues and voice their concerns.

“We evaluate our stakeholder engagement processes at the end of each project to determine if there is anything we can improve on, and we will incorporate key learnings into our plans moving forward,” said Toulany. “This will help to ensure that future engagements remain beneficial and valuable to everyone.”

What does Lunenburg want?

BP is drilling in the Scotian Basin, 48 kilometres south of Sable Island National Park and 71 kilometres from Gully Marine Protected Area. The two government-protected habitats support a variety of wildlife, including the world’s largest breeding colony of grey seals and two species of endangered sea turtles.

“BP Canada was required to submit an Environmental Protection Plan, safety plan, emergency response, spill response and other contingency plans that must demonstrate to the satisfaction of the CNSOPB that operations would be conducted in a safe and environmentally responsible manner, with specific consideration to special areas, such as the Sable Island National Park or the Marine Gully Protected Area,” said Toulany.

National Observer asked minister LeBlanc for comment, and while he did not respond, questions were forwarded to his Department of Fisheries and Oceans (DFO).

“Our Government understands how important it is to achieve balance between conservation and economic priorities,” said Vance Chow with the DFO. “We therefore engage and work closely with provincial and territorial governments, Indigenous groups, representatives from fishing and oil and gas industries, and other stakeholders to minimize overlap between areas of key economic importance and marine protected areas, to the extent possible.”

Underneath the waters of the Gully Marine Protected area is a rainbow of colour, the largest variety of cold-water corals in Atlantic Canada. Thousands of animal and plant species are associated with coral reefs, using them for food and shelter. The gully is also home to an endangered Scotian Shelf population of the northern bottlenose whale.

Documents BP provided to the Canadian Environmental Assessment Agency as part of its environmental impact statement, said that in case of a spill BP intends to use a chemical dispersant called Corexit 9500a. The dispersant causes oil to sink, potentially covering the very corals that helped qualify the gully as a marine protected area in the first place.

A report by the National Oceanic and Atmospheric Administration revealed that when corals come into contact with oil, it can kill them. The study also shows that it can alter both their growth and their reproductive development.

Recen handouts from the CNSOPB have compared Corexit 9500a to baby shampoo in terms of toxicity, according to an article in The Energy Mix.

This contrasts with a study that found that when Corexit 9500 mixes with oil, the oil becomes 52 times more toxic to marine plankton, an important player in the marine food chain. The study by three scientists published in Science Direct, an online database of scientific and medical research.

In the event of a spill the CNSOPB would nedd to approve its use first.

Meanwhile, Lunenburg is gearing up to fight for the protection of their waters.

Lunenburg’s mayor said she obliged a couple of other communities in Nova Scotia which wanted to read her council’s letter.

“I will continue to speak to the sentiments expressed in the letter and I'm happy to share them with any other municipalities who are considering following suit.”

National Observer asked both McKenna and LeBlanc’s offices if they intend to respond to the letter.

We should not be building any

We should not be building any new fossil-fuel infrastructure.