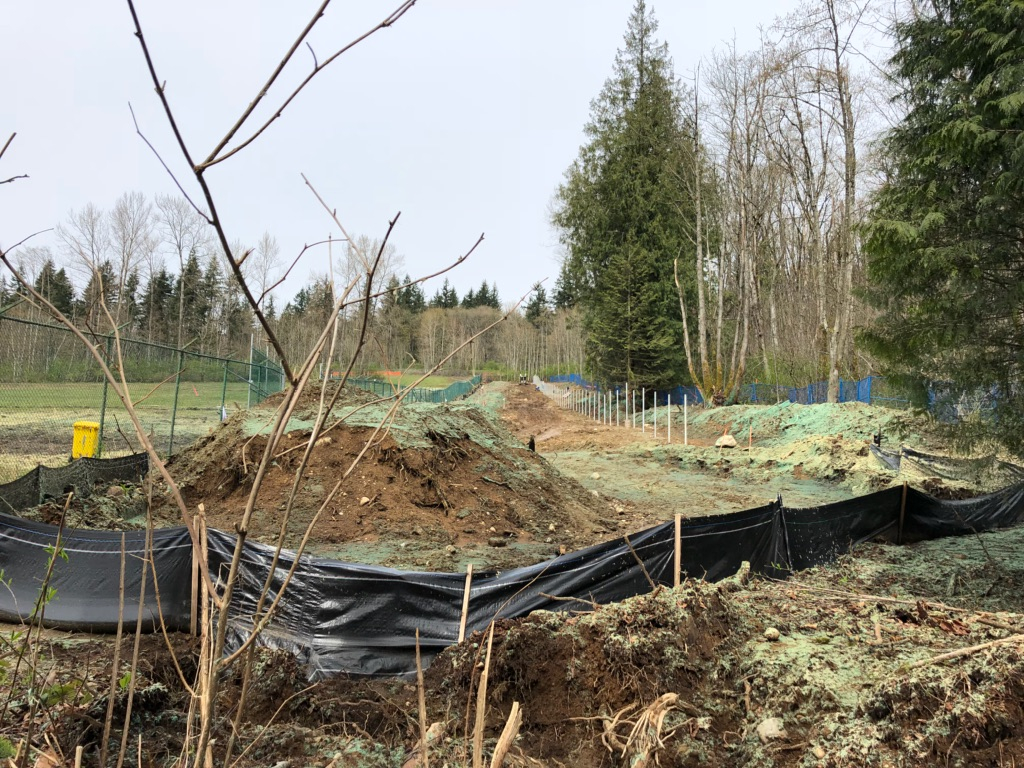 Lawyers for Kinder Morgan are denying all allegations that someone tampered with a scientific report that was used to support its proposed route for the Trans Mountain oil pipeline expansion through the territory of a First Nation in British Columbia.

The denial comes in the wake of a dramatic allegation last week by lawyers for the Coldwater Indian Band. They questioned changes that were made to the report, after a “draft” version from May 2017 was stamped and certified by professional geoscientists.

The Coldwater lawyers argued in their request that such changes would need to be certified and approved by scientists.

The geophysical survey report is a critical piece of evidence in ongoing hearings held by the federal pipeline regulator, the National Energy Board (NEB), which is ruling on the final route of the pipeline stretching from Alberta to metro Vancouver.

Coldwater wants the NEB to disqualify the report from evidence on detailed route hearings, as the First Nation attempts to ensure the new pipeline is built away from an aquifer that supplies about 90 per cent of its drinking water in B.C.'s central interior region.

On Monday, lawyers for Coldwater asked the NEB in a new letter to delay making a decision about the report, to give them more time to study the changes and submit their analysis by June 26.

In a response sent on Tuesday by Kinder Morgan lawyer Jeremy Barretto, from the Osler law firm in Calgary, the company said the allegations were unfounded and it objected to the request for a time extension.

Although the Trans Mountain expansion project was approved by Prime Minister Justin Trudeau’s government in November 2016, the company must still go through detailed route hearings and obtain more than 1,000 federal, provincial and municipal permits before it can proceed with construction.

Regardless of the outcome of the motion, it has provoked delays which, along with fierce opposition to the project in B.C., are key factors in Kinder Morgan's decision to reach a deal with the Trudeau government to sell its Trans Mountain assets for $4.5 billion. That deal, announced on May 29, came after weeks of negotiations triggered by Kinder Morgan's warning that it might abandon the project.

One of the geophysicists who stamped the report told National Observer in a phone interview that there were no significant changes made to the draft, before it was updated and submitted.

“I believe there were a couple of annotations, but I don’t think there was anything of significance that was related to the geophysical content of the report,” said Cliff Candy, a geophysicist with about four decades of experience who co-founded the scientific consulting firm, Frontier Geosciences.

“It was originally stamped as a draft and then there was an annotation that was added before it was released in (the) final (version) with the stamp.”

The company's lawyers also noted Trans Mountain officials previously explained the technical changes to the report during a meeting with the First Nation that was held three weeks earlier on May 25, 2018.

"Coldwater and its expert have thus had ample time to review the Frontier Report, including the annotation," said Barretto's June 19 letter to the NEB.

“Trans Mountain submits that when Coldwater filed the Motion, which makes serious allegations regarding evidence tampering and professional obligations, it ought to have known what changes it was referring to and their significance."

Last week, the NEB set out a timeline to review the motion that would give Coldwater until June 20 to submit all of its evidence and then allow Trans Mountain until June 25 to submit a response. Coldwater would then have until June 27 to submit any additional reply.

“Trans Mountain denies all allegations of wrongdoing and will provide a full explanation and response to Coldwater’s motion pursuant to the timeline established by the Board,” said Barretto’s letter.

There is no evidence that any of the scientists violated their professional guidelines.

Megan Archibald, director of communications for Engineers and Geoscientists British Columbia, an association that regulates the professions in the province, told National Observer in an email that she couldn't comment on whether it had opened an investigation. "Information is only made public at the conclusion of an investigation, if disciplinary proceedings are recommended against a member."

She also said that her association doesn't have the authority to regulate organizations that provide engineering or geoscience services and that it is seeking an amendment to its governing legislation to address this gap.

The association's guidelines require someone to clearly mark revisions to sealed documents when revised under the supervision of a professional member.

If the document is revised by someone other than the professional member who was responsible for the original seal, the association's guidelines say that, "the act of revising should be clearly identified in the Document's title block."

Tampering, falsifying a scientific report, altering drawings for pecuniary advantage through deception, is fraud. Again, the Government stands by looking on like children at the schoolyard. And don't know whether the Federal Government is naive, incompetent, or both.