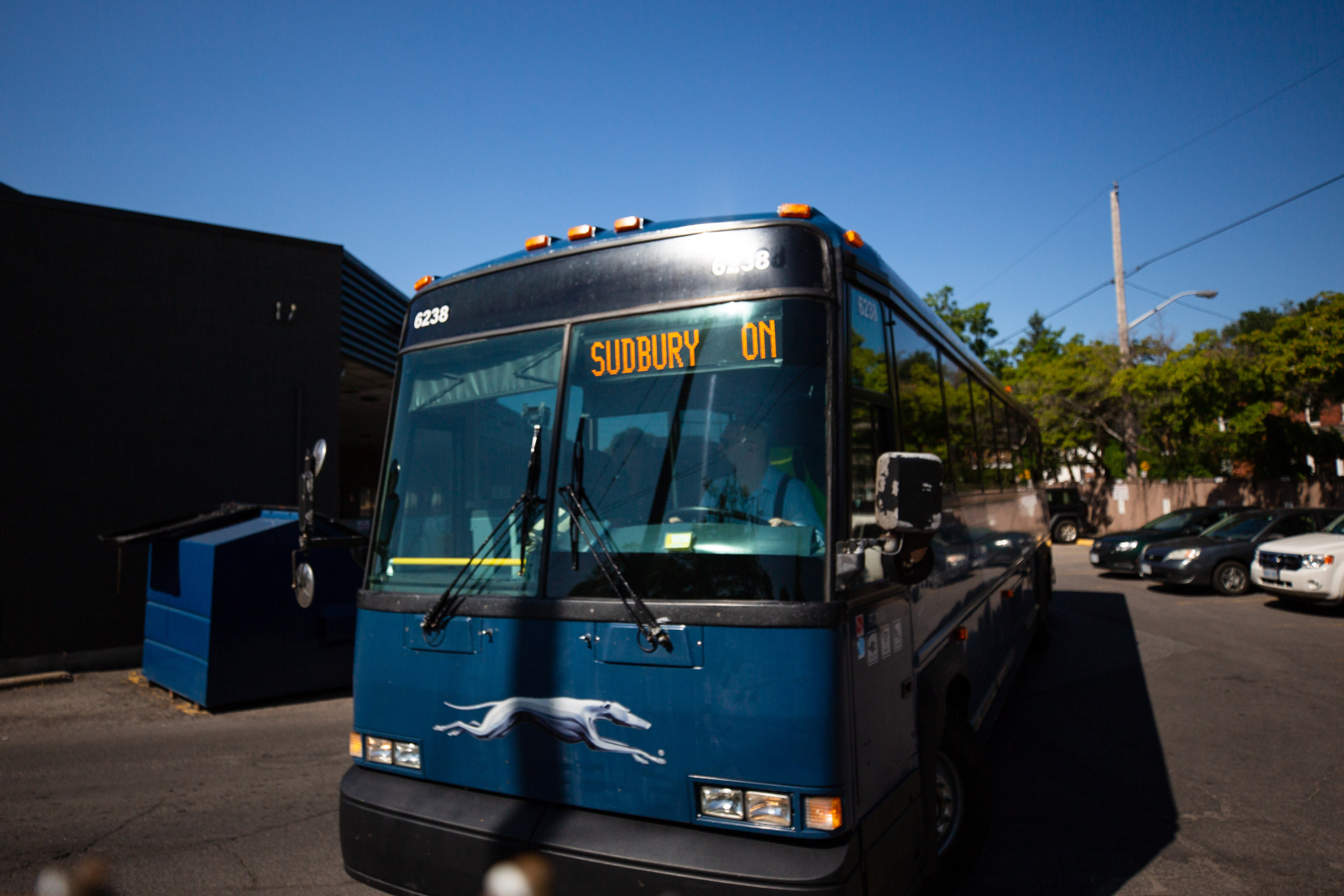 A Greyhound Bus is leaving for Sudbury at the Ottawa bus terminal, on Wednesday July 11, 2018, after it was announced that the company would be abandoning service west of the city citing lack of revenue. Photo by Alex Tétreault
Previous story
Next story

If importance is measured by the subsidies that governments give both, the answer is clear: it’s oil.

On Monday, Greyhound announced that they’re cancelling all inter-Canada freight and passenger service west of Sudbury. The company is unable to break even and has finally called it quits. As buses are the most accessible and efficient form of transportation, it’s a profound attack on low income people, non-drivers and rural communities alike.

Consider the subsidies of each kind of transportation. Moving oil costs governments billions of dollars: the Trudeau Liberals handed Kinder Morgan $4.5 billion to build their Trans Mountain pipeline expanion, an economic gamble that will make it nearly impossible for Canada to reach its carbon reduction targets. National Observer has reported that the federal government could spend up to $20 billion in project costs and mitigation efforts for possible spills. According to a recent report, Canada, along with the United States, subsidize oil and gas the most of all G7 countries. Canada also ranks lowest in how transparent the government is about these subsidies.

Meanwhile, bus lines are the cheapest and most accessible mode of moving people, both in large cities, and between rural communities. Greyhound, responsible for the lion’s share of moving people in Western Canada, receives no subsidies at all.

Via Rail, the federal Crown corporation that provides the main passenger rail service in Canada, received about $354 million in government funding for 2017, down from about $400 million in annual funding in 2013 and 2014. But outside of the heavily populated areas of Ontario and Quebec, Via Rail doesn't offer the same flexibility, frequency and affordability as the current Greyhound services.

Bus is lifeline for hundreds of thousands of Canadians

For hundreds of thousands of people, the bus is a lifeline. It’s the connection to the closest city centre: for doctor appointments, hospital visits, to buy groceries or clothes, or to visit with family and friends. As banks are increasingly pulling out of rural and remote communities, taking the bus has even become critical just to do basic banking.

The decision to cut all bus service west of Ontario will have dire consequences on millions of people. Greyhound says that it will impact two million customers and will lay off 415 people.

In 2009, when Greyhound threatened to cut service, it asked for $15 million to ensure that they could break even on some of its routes. They asked for the Manitoba government to subsidize losses on their Manitoba routes: an estimated $4 million. The NDP government did subsidize it, but then stopped in 2016, just before the provincial election.

Greyhound blames the cuts on a drop in ridership: 41 per cent since 2010. This drop is intimately tied to increased car ownership and reliance on cars. Every bus has the capacity to take 54 cars off the road. That’s bad news for the auto industry, which relies on demand to grow year-over-year.

At the same time, auto sales are at a record-high. In 2017, Canadians bought more than two million cars for the first time ever. And rather than downsizing, Canadians are more often opting for SUVs. That spells bad news for the climate, but great news for the highly subsidized oil industry.

The auto industry is also heavily subsidized. A report from DesRosiers Automotive Consultants in 2017 estimated Canada’s annual subsidies to the auto industry are about $1.2 billion. Combined with the subsidies received by the oil industry, it’s no wonder Greyhound struggles to compete with cars.

Bus service remains the most sustainable mode of travel in Canada, too. Electric buses, with the capacity to travel long distances, are alternatives to high-polluting cars and trucks. The average Greyhound ticket is $37 and 49 per cent of passengers take advantage of discounted pricing, like student or seniors fares. Finding a way to offer low-cost, sustainable transportation services should be a no-brainer for any government, except it isn’t: politicians want us to rely on our cars.

But there will always be people who can't drive. CAA estimates that the annual cost of owning a car is $9000. Beyond these costs, some people simply cannot drive, no matter how inexpensive it is. Decimating bus travel compounds the isolation that accompanies being a non-driver in an environment built for cars.

Oil advocates argue that pipelines are critical infrastructure that enables Canadians to heat their homes and power their cars. Inherent in this narrative is a fundamental shift in how we perceive someone’s worth: tied intimately with their capacity to consume natural resources. People who don’t drive: cyclists, pedestrians, elderly people, young people, poor people and anyone who lives in remote regions of Canada, are less important than the metal tubes we place into the ground to drive oil exports to international markets (that’s right, Trans Mountain isn’t even planned to transport oil for Canadians to use). If you aren't consuming the most oil possible, you're less important in the eyes of government, or at least, government subsidies.

Along the Highway of Tears, a 724-kilometre stretch of highway in Northern British Columbia, nine young women were murdered between 1989 and 2006. Hitchhiking was the only way to travel along the highway. Eight of the victims were Indigenous. Restoring bus service along remote highways is key to ensuring the safety of travelers.

Canada has, over and over, made life difficult in remote communities. Making it harder to leave to access services and visit will make travel more dangerous. People will die as a result of this decision. Canada has long needed a national bus lines strategy, and clearly, the money to make this happen exists.

For so many reasons, we must put the brakes on our love affair with cars and, more importantly, our obsession with oil.

Transit is going in the wrong

Transit is going in the wrong direction. If Trudeau and Notley have $$$ for pipelines and other projects that boost emissions and make climate change WORSE, why can't govt invest in a comprehensive public transit system solution that a sustainable Canada actually needs?

With the purchase of TMEP, the federal govt is now entrenched in the oil industry. Premier Notley has advised that the AB Govt will join Ottawa in the pipeline business. (When it comes to climate change, both levels of govt are clearly in a conflict of interest.)
Public dollars for public services like transportation linking towns to cities? Don't hold your breath.

Brilliant Nora. When I heard

Brilliant Nora. When I heard Greyhound was ending its' services to Western Canada, I just never made the connection between the transportation of oil and the mobility of human beings. I am afraid for our future. How do we combat corporate influence.