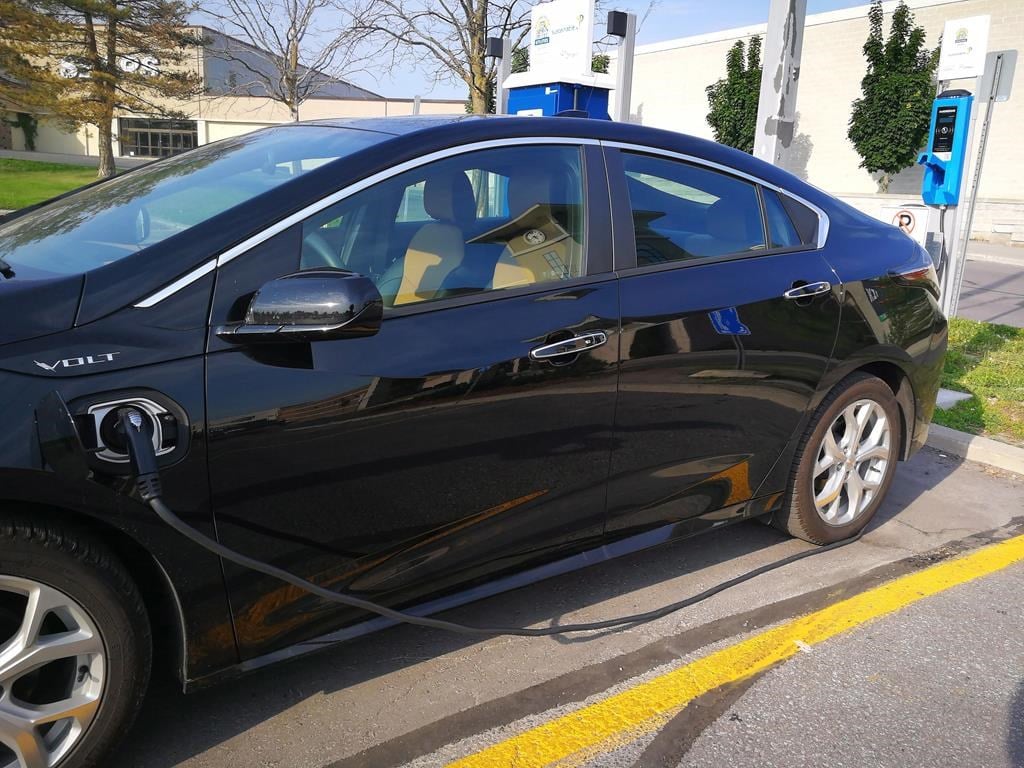 A Chevrolet Volt is plug into a charging station at Lansdowne Mall in Peterborough, Ontario on Sunday, June 17, 2018. File photo by The Canadian Press/Doug Ives
Previous story
Next story