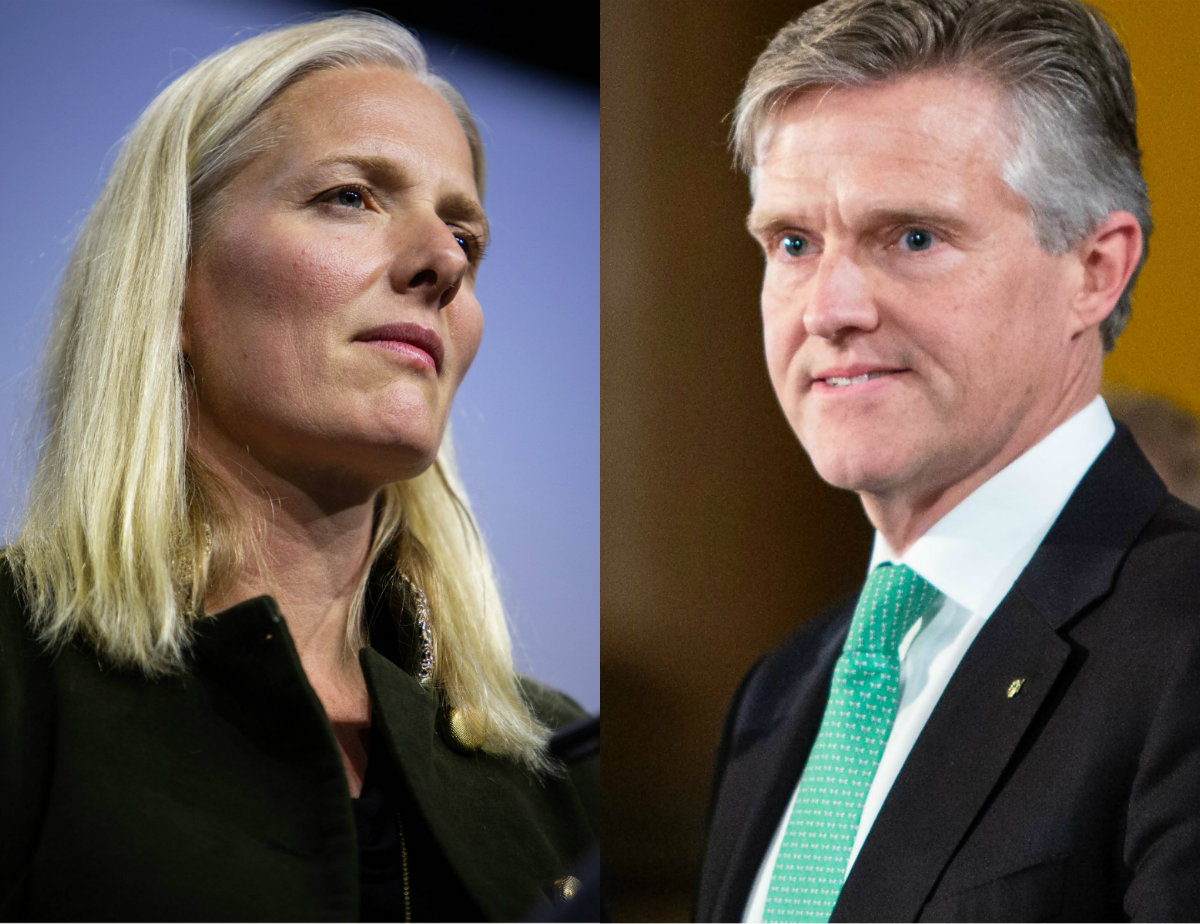 Environment and Climate Change Minister Catherine McKenna says she was "disappointed" by her first meeting with her new Ontario counterpart. Rod Phillips says the feeling was mutual.

The two got off to a rough start with Phillips suggesting the federal government is being "dogmatic" by insisting on "the Trudeau carbon tax solution" and McKenna faulting the new Ontario government for apparently having no plan to replace the cap and trade and green programs they canceled as soon as they took office.

McKenna criticized Ontario over its recent decisions to cancel climate change and green energy policies. She said that Ontario wasn't doing enough to support the economy.

"I'm disappointed to see the new government in Ontario has no plan to help families, schools and businesses reduce emissions, save money and create good jobs," McKenna said in a statement. "Climate change doesn't stop with a change in government."

McKenna has previously said that the Trudeau government was reviewing about $420 million in federal transfer payments to Ontario because the newly-elected Progressive Conservative government of Premier Doug Ford was dismantling the cap and trade carbon program and offering no new plan.

McKenna says she had a good conversation with Phillips. Then says: climate change doesn’t end with a change in government. You need a plan. #onpoli #cdnpoli

The two met a day after Guelph’s Green MPP Mike Schreiner asked the premier in the legislature whether or not the government has an economic analysis of canceling cap and trade, a policy decision some experts have estimated may cost the province up to $4 billion.

Ford deferred to Phillips and the minister did not directly reply, instead claiming that Ontario residents do not want it in place.

Green Party MPP Mike Schreiner rises for the first time in Queen’s Park to ask whether PC’s have done an economic analysis of the decision to dismantle green energy projects, and if so, will they share it #ONpoli pic.twitter.com/ClBdcbMxB1

“Combined with the cancellation of renewable energy contracts, this sends a clear message to businesses in Ontario and around the world that the new government is thumbing its nose at the $7 trillion clean economy,” said Schreiner.

"I just think it's irresponsible for the government to scrap Ontario's climate change plans without conducting an economic analysis to understand what the impact is going to be.

The Green Party Leader later said that he hopes they do ultimately undertake the research, but doesn't believe it's happened yet.

"Well I think if you look at both the minister's response and the premier's office response, there is no economic analysis," Schreiner told National Observer in a telephone interview. "As a matter of fact, I don't even know if they thought about conducting one until I asked the question yesterday."

“Our government has a plan to

Instead of being concerned

Didn't get a chance to finish

Didn't get a chance to finish my comments - instead we should be concerning ourselves with cleaning up the poisons we are putting in our rivers, lakes and oceans, our toxic wastes and garbage and other human waste. Let's clean the waters on the earth and then lets get rid of the herbicidal and pesticides that are destroying our soil and deprived the birds of insects to eat. And then we are cutting down trees in our rain-forests, which are oxygen-generating - let's concentrate on getting rid of human pollution and I am sure the benefit of concentrating on these area will more than help the healing of Mother Eatrth