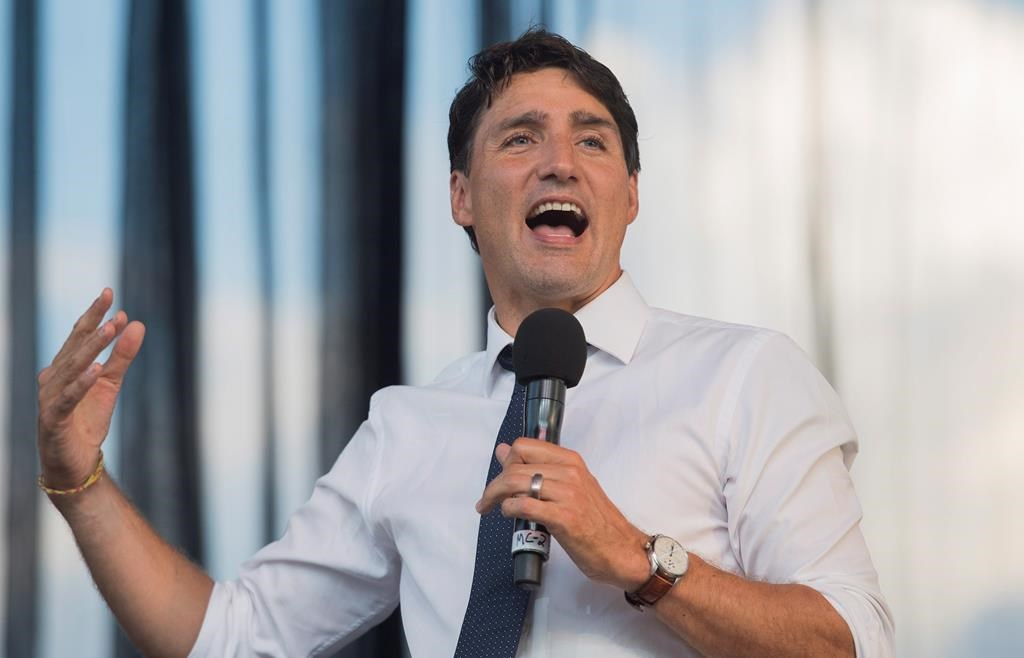 Prime Minister Justin Trudeau speaks to members of Montreal's Italian community during a visit to an Italian Week Festival in Montreal, on Thursday, August 9, 2018. File photo by The Canadian Press/Graham Hughes
Previous story
Next story

Prime Minister Justin Trudeau will hole up with his newly shuffled cabinet for three days next week in Nanaimo, B.C.

The retreat, scheduled for Aug. 21-23, marks the first meeting of Trudeau's cabinet since he added five fresh faces and rearranged the portfolios of six other ministers in a substantial, pre-election shuffle last month.

During the retreat, the Prime Minister's Office says ministers will discuss ways to grow the economy and create jobs, with a focus on diversifying international trade, eliminating trade barriers between the provinces and maintaining the integrity and security of Canada's borders.

Trudeau focused on the same issues in the shuffle, reflecting the challenges his Liberal government faces due to American protectionism and the spike in irregular border crossers as it prepares for an election in just one year.

He named former Toronto police chief Bill Blair to head up a newly created ministry on border security and reducing organized crime; Dominic LeBlanc was moved to Intergovernmental and Northern Affairs and Internal Trade; and Jim Carr took over the renamed portfolio of International Trade Diversification.

Trudeau has announced he'll hold a first ministers' meeting sometime this fall, specifically to look at the elimination of trade barriers between the provinces and territories.

Crudeau & his cronies - Get Out of Town
Ottawa & Alberta shit dumps on BC rights
Our whales & salmon are dieing !
BC forests are on fire ! Oil spills in parks !
Insults & Injustice hurled at Native People

Crudeau & his Cronies - Get Out of Town
Ottawa & Alberta shit dumps on BC rights
Our whales & salmon are dieing !
BC forests are on fire ! Oil spills in Parks !
Insults & Injustice hurled at Native People

Teflon Trudeau, too many

Teflon Trudeau, too many cabinet shuffles, too many broken promises, a parody of what good government should be...https://canadianviews-ymo.ca/escaping-ballot-box-insanity/