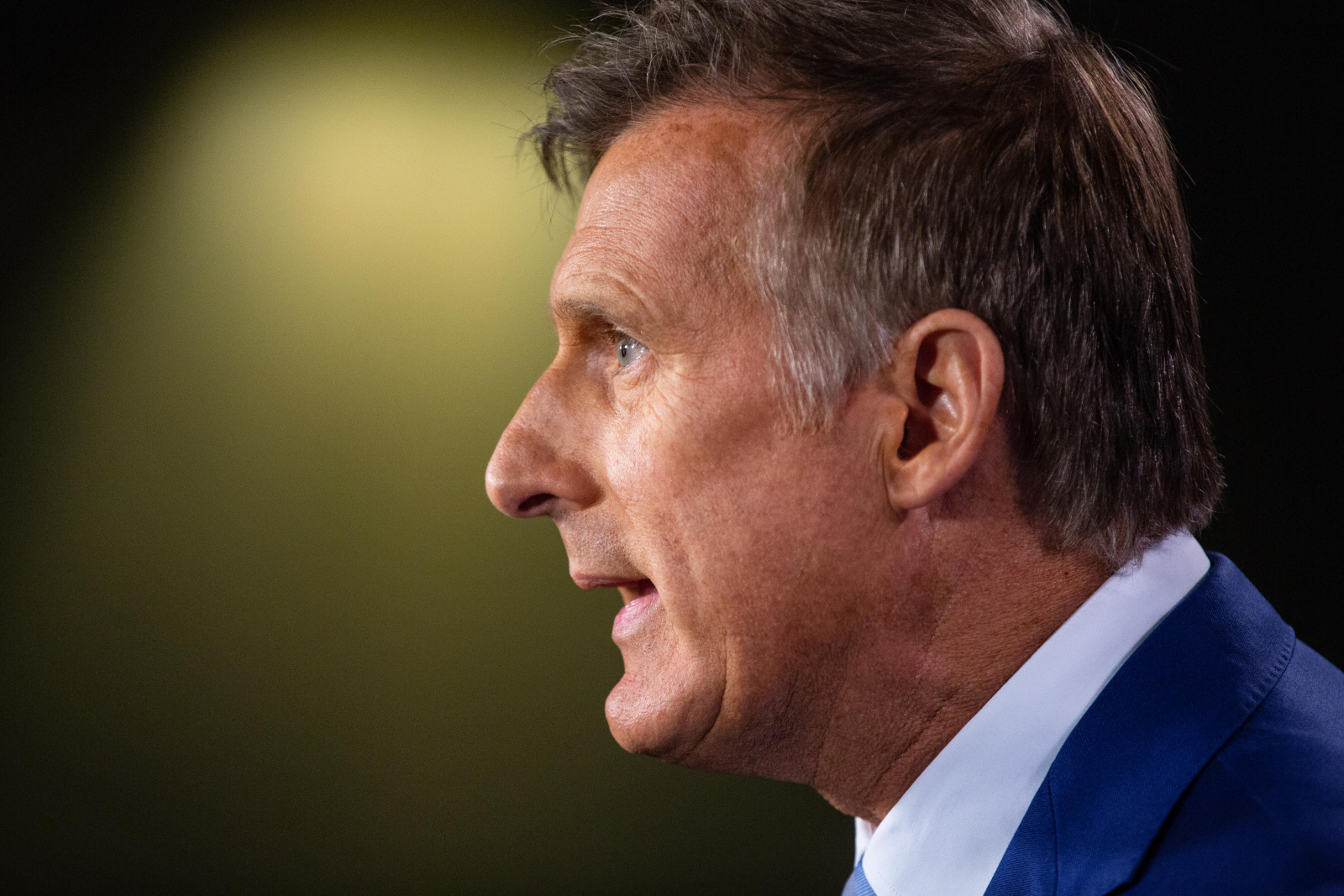 Maxime Bernier said Thursday he was quitting the Conservative Party of Canada and launching a national party of his own.

The MP for Beauce and former Harper government minister made the stunning announcement to reporters in Ottawa on Aug. 23, saying the Conservatives had become "too intellectually and morally corrupt to be reformed."

As examples, he said the party shouldn't be supporting Canada's system of supply management for dairy, poultry and eggs, and instead put it on the table in NAFTA negotiations with the Trump administration.

Neither should the party support regional economic development agencies, he said, describing them as "buying votes with taxpayers’ money."

“The plan is to be able, in the near future, to have a new party that will promote conservative values, that will fight for Canadians who want real change in this country,” said Bernier.

“I will have some discussions with people all across the country in the next couple of weeks, and the goal is to have a new party that will represent them.”

Bernier directed would-be supporters of a new party to his website, which urges readers to "Join the Mad Max Club."

Bernier's announcement comes less than two weeks after he decided to criticize Prime Minister Justin Trudeau on Twitter for promoting "extreme multiculturalism" and a "cult of diversity" in Canada.

"More diversity will not be our strength, it will destroy what has made us such a great country," he wrote. He has clarified that he doesn't have a problem with diversity in general, but "ever more diversity."

The tweets came on the anniversary of white supremacist riots in Charlottesville, Virginia, although Bernier denied there was any connection.

Bernier said it represented a "cult of victimhood and obsession with past wrongs."

Hey #TeamTrudeau, greetings from BC, where the government you helped elect is working hard. Tune out all this Bernier noise. Let the CPC focus on itself. Stay focused on Canadians. #HopeAndHardWork

Trudeau's principal secretary Gerald Butts said Thursday from British Columbia, where the cabinet is holding a retreat, not to let Bernier drive the Liberals to distraction.

"Tune out all this Bernier noise," he wrote.

His latest tweets prompted Conservative MPs, including Conservative Leader Andrew Scheer, to distance themselves from him. Scheer faced pressure to kick Bernier out of caucus but had refused to do so.

Reacting to the announcement in Halifax, where the Conservatives were gathering for a policy convention, Scheer said Bernier “has decided that he is more important than his Conservative colleagues."

“He has traded an opportunity to influence policy in government for his own personal ambition,” added Scheer.

I hope Justin Trudeau and his cabinet colleagues are breaking out the champagne in Nanaimo this morning. Congratulations to @gmbutts & co. who have secured an easy win in 2019 despite a mostly terrible summer.

Several other Conservatives took a dim view of Bernier's decision.

Former MP and Harper cabinet minister John Baird said he stood "100%" with Scheer, while Conservative public services critic Tony Clement said "Conservatives have a lot to offer but a divided house cannot stand. I’ve seen that in my 40 years of politics."

In 2007 he was shuffled into foreign affairs, where he became enmeshed in scandal when press reports revealed he had inadvertently left a secret document in the apartment of his former girlfriend, who had been linked with biker gangs.

Important to keep our eye on the ball at the CPC Convention. By that I mean policies and strategies to put our best foot forward with the voters for #Elxn2019. Conservatives have a lot to offer but a divided house cannot stand. I’ve seen that in my 40 yrs of politics. #CPC18

Bernier resigned from Cabinet over the incident, but after several years as a backbench MP, he was made minister of state for small business and tourism after Harper won a majority government in 2011.

After Trudeau’s Liberals came to power, Bernier ran for the Conservative Party leadership. He has pledged to make deep cuts to the federal budget and reduce the government’s role in health care.

Bernier was widely expected to win, but ultimately lost to Scheer by less than two percentage points, on the 13th ballot, in an upset after Scheer had trailed for 12 rounds.

This spring, he released a chapter of a book he wrote that accused Scheer’s campaign of courting “fake Conservatives” in order to win.

His comments drew criticism and Bernier eventually suspended publication of the book, but Scheer cut him loose from his critic post.

It is clear that Max never accepted the result of the leadership vote and seeks only to divide Conservatives. His decision today allows the Conservative Party of Canada to move forward united behind our Leader @AndrewScheer.

On Thursday, after Bernier announced he was fed up with the party and was quitting, his former boss weighed in, suggesting he had never gotten over his leadership loss to Scheer.

“It is clear that Max never accepted the result of the leadership vote and seeks only to divide Conservatives,” tweeted former prime minister Harper.

Editor's note: This story was updated on 4:45 p.m. on Aug. 23 to add additional information about Bernier.

Mad because he wants to

Mad because he wants to approach politics with reasoned and open discussion? He has many Canadians listening.

I'm glad that even the

I'm glad that even the Conservatives are parting ways with Mad Max. He's not mentally ill, though; his policies are terrifying. Put our dairy, poultry and eggs at the mercy of the Americans with their hormone and antibiotic-rich foods - no thanks. Ignore the agreement we made to START reconciling with the original inhabitants of this land? no thanks. Curb our immigration quotas to even less? No! It's a challenge for us to establish relationships with immigrant people, but then, a lot of us have trouble even caring about our next-door neighbours. Less government involvement in health care? No; we can't afford as a compassionate society to throw universal health care under the bus.