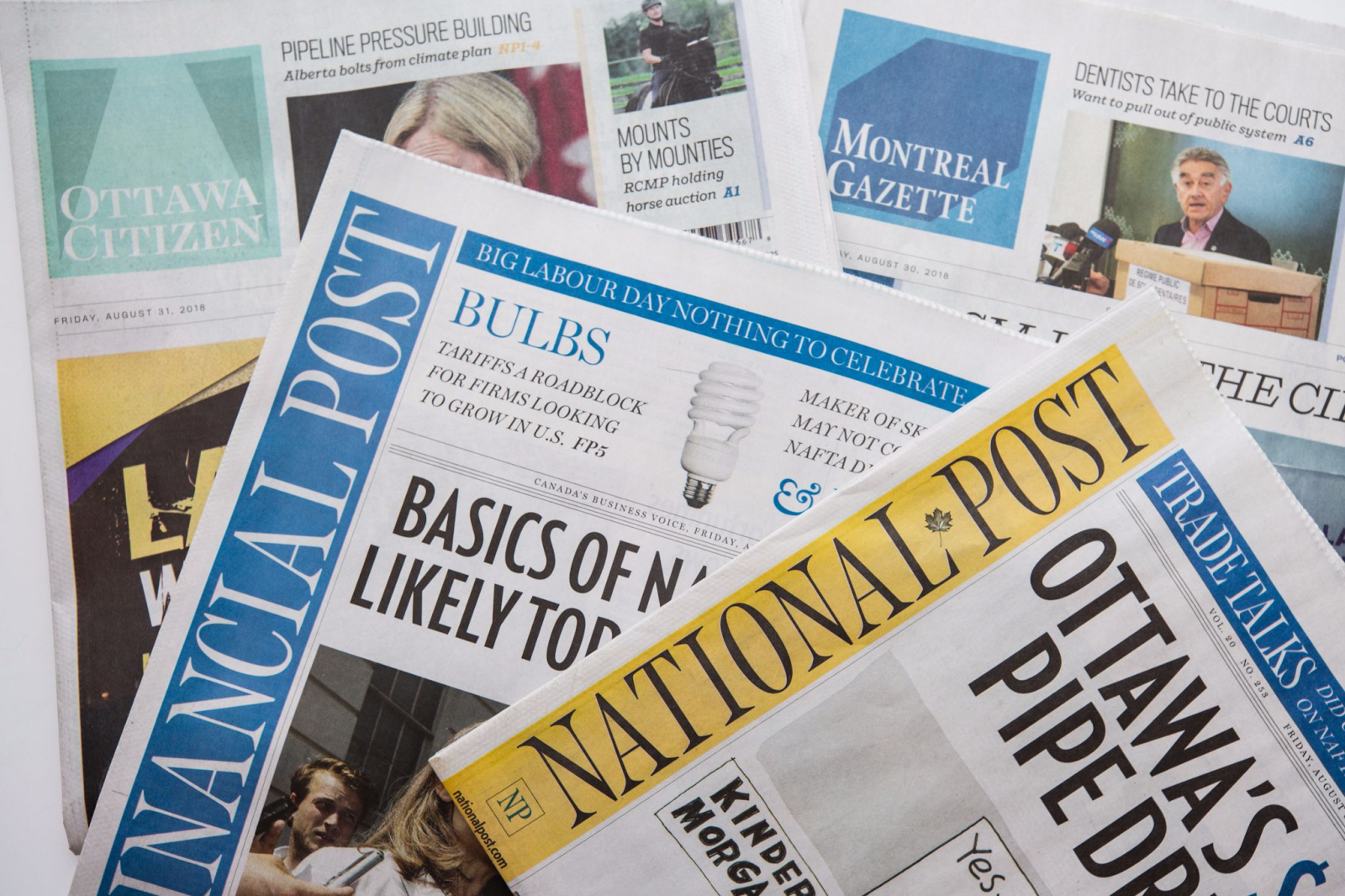 Aside from raging demagogues, nothing threatens genuine news more than bad journalism. That’s why credible news organizations move swiftly to correct errors. By retracting false information, publishers and broadcasters maintain public trust — and their own integrity.

Under the headline “Not fake news, just plain wrong,” the Poynter Institute listed corrections in 2017 by ABC, NBC, CNN, and the New York Times. Big media to be sure, but also big enough to admit mistakes, correct them and get on with accurate reporting.

In 2016, after a 23-day trial, Postmedia and Martin were found guilty of defaming me, a journalist and one-time political candidate, when I ran for a seat in the Alberta legislature in the 2008 provincial election. In May of this year, in my appeal of the trial judge’s costs award, three justices of Alberta’s highest court unanimously ruled the media defendants acted fraudulently in the lawsuit by concealing documents and giving false evidence. The judges wrote that malice seemed the only apparent motive for the article at issue.

“Court of Appeal in Alberta finds allegations of fraudulent concealment were true,” Canadian Lawyer Magazine reported. The Lawyer’s Daily called the decision a “cautionary tale” for media and lawyers. Since Postmedia and Martin did not appeal the findings of fact against them, the rulings are final.

Martin admitted his article’s lede paragraph was “not true” on the witness stand at trial. Those words provided the gist of the article and its headline, depicting a reckless candidate ridiculed by his own party. The story appeared in the National Post, Calgary Herald and Edmonton Journal in the midst of the campaign. It was published online for nearly five years, the court found, rejecting Postmedia’s denials of continuing Internet publication.

The trial judge ruled 10 of Martin’s alleged “facts” were simply untrue or not worthy of “reportage” protections, since Postmedia’s claims they were credible and originated elsewhere proved unfounded. Fair comment defences were negated by “multiple defamatory factual statements” not saved by the Supreme Court of Canada’s tests for responsible journalism.

Martin knew “several” of his sources “had an axe to grind” and “repeatedly” attributed negative comments to multiple knowledgeable sources when the evidence revealed only single sources. He failed to make “a meaningful effort” to contact his subject for comment before publication, and “actively sought out negative information” while failing to make “reasonable inquiries to verify.”

As well, the court found Martin misled his editors with “misinformation” when he learned a written response to his article had been submitted. This, the judge ruled, “likely colored” the newspapers’ refusals to publish the rebuttal, decisions which were “not reasonable.” The defendants “should have provided Kent with a reasonable opportunity to respond.”

The appeal justices stated that although the trial judge found malice was not proven, “no other motive for the article has been suggested.” They noted: “Mr. Martin’s testimony on key points lacked candor and was unreliable,” and where his evidence conflicted with other witnesses, “the trial judge almost invariably preferred the testimony of the others.”

Only publishers and broadcasters who cherish their integrity, and earn it with every story, can hope to prevail, writes @arthurkent in @natobserver #Postmedia #cdnmedia #journalism

Canada’s legal archives speak to the case, too. Searches confirm that Postmedia and Martin are the only news organization and journalist in Canadian history to be found guilty, in court, of defaming an election candidate. The Martin article was more than “just plain wrong.” It set a new benchmark for libel and its defenders were found to have acted as though they were above the law. Postmedia has paid, as ordered by the court, $470,000 in costs and $200,000 in damages for a total $670,000.

I’ve been party to a unique dispute that re-emphasizes the crucial importance of honest practice in journalism. Given the nature and intensity of the assault our profession is weathering just now, I feel compelled to express, in the context of these court rulings, the view that every journalist in Canada, and every news organization, most particularly the country's largest newspaper chain, must pull their weight in rebuilding public trust in what we do. Hence Postmedia's and Martin’s obligations to do what the outlets named by Poynter have done: own up and move on.

At minimum, Postmedia and Martin should admit their errors, retract the article and apologize to the court for obstructing proceedings. Yet both vigorously opposed doing so before the appeal judgment in late May, and neither has taken any apparent corrective steps since then.

Sadly, they appear not to have grasped the “cautionary tale” of the verdict against them, much less acted upon it.

In this they ignore the most urgent headline of our time: demagogues and fake news merchants are intensifying their attacks on the discipline of honest journalism. Only publishers and broadcasters who cherish their integrity, and earn it with every story, can hope to prevail.

Arthur Kent began his reporting career at the Calgary Herald 45 years ago. Currently he is filming an investigative documentary about the Cold War.

Previous reporting from National Observer has outlined the sorry saga of Post Media's failures to navigate the heavy weather changing the climate for journalism in the digital world. Neither the various changes of ownership or restructuring have halted the grievous slide from marginal profitability to the status of "junk bonds" which the currrent hedgefund owners appear to be looting as quickly as possible. Post Media should now be called Ghost Media while the winds of both change and truth howl through its barren boards.