By The Canadian Press | News, Politics | September 3rd 2018
#162 of 287 articles from the Special Report: Trans Mountain 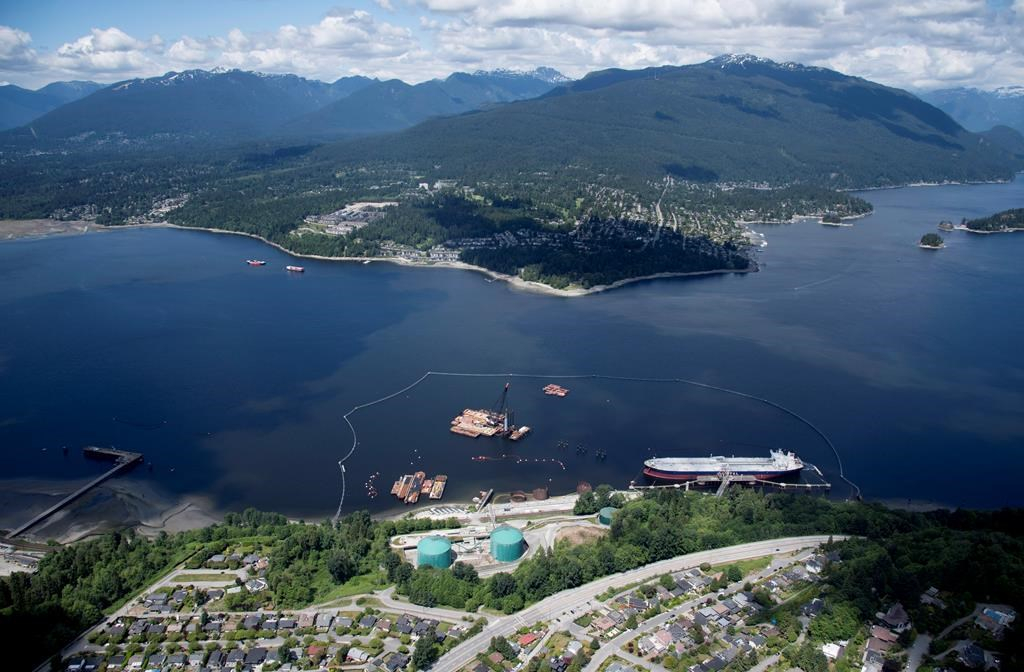 Workers and companies who were set to be employed on the Trans Mountain pipeline expansion have been left wondering where they stand as construction on the project begins to shut down.

Ryan Bruce, director of government and public relations for the union CLAC, said some of the workers were sent home after the Federal Court of Appeal ruling quashed Ottawa's approval of the pipeline expansion on Thursday.

The workers will come back for a meeting with their employers early next week to talk about next steps as the situation unfolds, he said.

"Official layoff notices have not been issued yet but we're waiting to hear what happens next week," said Bruce.

Construction on parts of the western end of the pipeline began three days ago, he added. But it was stopped after the ruling was handed down.

"Our members were happy to be working," Bruce said. "They were expecting long-term employment on the project and to wake up Thursday morning and hear the news on the radio — that the decision came down the way it did was a surprise to all of us."

Richard Masson, an executive fellow at the University of Calgary's school of public policy and former head of the Petroleum Marketing Association, said these are uncertain times for skilled workers because there are few projects in the oil sands.

"Those guys will be sitting at home waiting for something else to come along," he said. "There is nothing as big as this."

In an email, Trans Mountain said the pipeline had more than 2,000 people working on it, and by the middle of next year it was expected 5,000 people would have been employed.

Masson said shutting down the project will also have a ripple effect on the economy. A lot of young people are usually employed in the sector and they are starting up households, buying recreational equipment, and going on trips, but now they will have to watch their spending.

David Hoff, a spokesman for Ledcor Industries Inc., said the Kiewit Ledcor Trans Mountain Partnership is working closely with Trans Mountain to suspend construction activities in a safe and orderly manner. The partnership was formed to build the Lower Mainland portions of the project, which includes the last 35 kilometres of the pipeline from Langley to Burnaby.

Brian Cochrane, business manager of the International Union of Operating Engineers Local 115, which represents 11,000 B.C. members in heavy-equipment operations, said he was disappointed in the ruling.

"Every three days something new used to happen with this project over the last few months," he said. "This project has seen more changes over the last six months than any major project across the country ever."

Because it was early in the project, he said a handful of workers were scattered around the province. He expected at least 3,000 workers would have been hired if construction continued.

"Pipelining is a transient workforce so we've got a number of folks from right across the country who were certainly looking forward to coming to work on this project."

Hmm...what about retraining them in restoring Alberta's tar goo mess of an environment, and in the burgeoning green energy fields? But sadly, that would just be too much common sense...wouldn't it?

My experience has been that

My experience has been that asking for common sense from the oil industry is indeed, asking too much. That group has blinders on, imprinted with dollar signs. As I said a few years back, we will be seeing these same, cocky oil industry workers standing in the employment lines for clean energy positions... if they're smart that is.

These pipeline workers will

These pipeline workers will be 'sitting at home, waiting for something else to come along"?? That's their problem right there. Perhaps they should have been fighting alongside the rest of us for our government to get things rolling on sustainable energy/ jobs and then they wouldn't have to be sitting around, waiting. I've had to make 2 career changes in my lifetime, due to waning industries....that's what you do when you have a mortgage and a family to feed. I have very little empathy for these pipeline/tar sands workers as they are the same people who were threatening to drive trucks into our protest crowds and spent long hours harassing us on our social media pages. They have had plenty of time to figure out that there was a big chance that the TMX wouldn't go through. Nows the time to start planning a career in clean energy, they've all been warned (by science) that oil will only leave them unemployed. Start rallying to get Trudeau started on clean energy like the rest of us rather than sitting around reminiscing about the good old days when you stuffed your pockets full of quick cash at the expense of our planet.