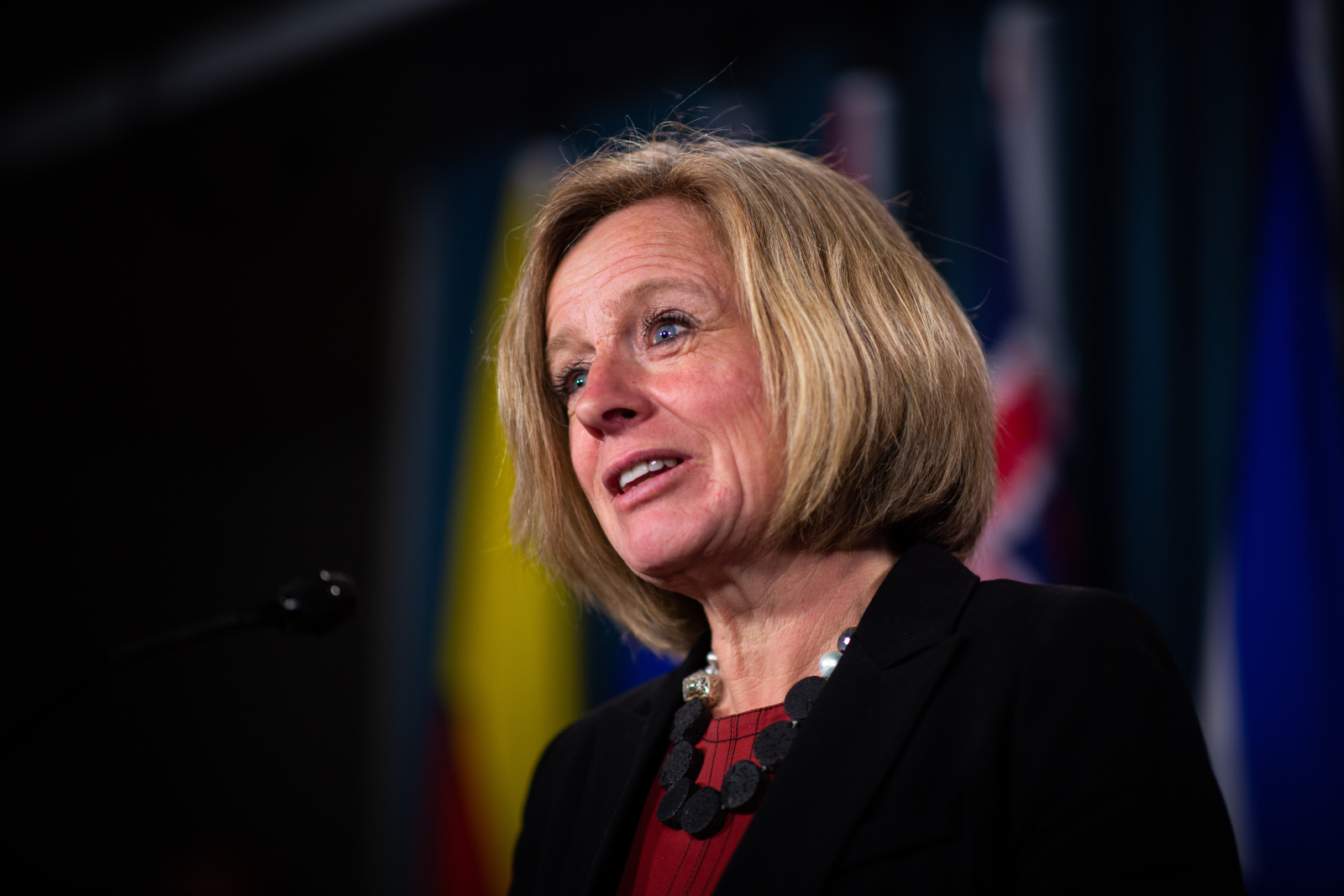 Alberta Premier Rachel Notley, pictured in April, has introduced a cap on emissions as part of a larger climate plan. Photo by Alex Tétreault
Previous story
Next story

Canada’s fossil fuel industry is part of the most polluted sector in the country, but Canada’s carbon pollution dropped nationwide as the economy grew, new figures from the national statistical agency show.

Statistics Canada said Friday that the mining, quarrying, and oil and gas extraction sector made up the largest share of Canada's carbon pollution, at 22.5 per cent in 2016, the most recent year data is available.

Meanwhile carbon pollution in that sector, which includes the oilpatch in Alberta, dropped by 1.4 per cent in that year, while such pollution nationwide dropped by 1.5 per cent following almost no change from 2014 to 2015, the agency said.

These decreases in emissions occurred while Canada's economy was growing, as GDP increased by 1.2 per cent in 2016, it added.

The oilpatch in Alberta, which makes up the world's third-largest reserves of crude oil after Saudi Arabia and Venezuela, is Canada's fastest-growing source of greenhouse gas emissions. New research funded by the Natural Sciences and Engineering Research Council and published in the journal Science showed this month that Canadian oil is some of the most carbon-heavy in the world.

Canada's oilpatch, the study concluded, was the most carbon-intensive after Algeria, Venezuela and Cameroon and was rated at nearly twice the global average.

Alberta Premier Rachel Notley has introduced a cap on pollution in the oilsands, as part of a larger plan to tackle climate change.

Scientists say fossil fuels like coal, oil and natural gas — which create carbon pollution when they’re used by things like cars, planes and factories — will need to be replaced with cleaner forms of energy if the planet is to avoid catastrophic climate change, which is already making extreme weather like hurricanes, floods and heat waves more intense and more frequent.

A broad coalition of governments, think tanks and businesses said last week that "the next two to three years are a critical window" for enacting policies that can help slow climate change and avoid hundreds of billions of dollars in potential losses.

Energy compared to pollution use

Friday’s data also underline how pollution from leaky or malfunctioning equipment, so-called “fugitive emissions,” is a major problem for the oilpatch regardless of how energy-efficient it becomes.

Mining, oil and gas, the agency stated, is “more prominent in terms of greenhouse gas emissions than energy use, because of fugitive emissions from oil and gas extraction.”

“The agriculture, forestry, fishing and hunting industries," it continued, "are similarly pushed higher by the contribution of methane and nitrous oxide emissions from crop and animal production.”

The paper in Science found that about half of the carbon-intense oil comes from areas where the industry is engaged in what's known as flaring or venting, when methane is deliberately released into the atmosphere.

In response to recent questions from National Observer, Environment and Climate Change Canada spokeswoman Samantha Bayard said in a statement that the government also studied methane emissions from oilsands tailings ponds at five different Alberta facilities in 2013, but is still researching the issue.

"Therefore ECCC has only limited research data on methane emissions from tailings ponds but there are recently completed and on-going studies that will provide more information," she wrote in an email.

"ECCC scientists worked with Suncor and other collaborators during the summer of 2017 to make measurements from a large tailings pond on the Suncor facility in the oilsands region. The data collected are still being processed, and publication of the data will be in the fall of 2018."

Bayard also said that the department's scientists were working with the National Research Council to measure emissions from oil and gas operations in Alberta and around the oilsands region.

"The flights, which are similar to those done in 2013, will end in July after which data analysis will start," she said. "While the tailings pond study and the 2018 aircraft study have not yet led to published results, they will provide information about current methane emissions from tailings ponds."

Canada has been working in concert with the U.S. on new regulations to slash methane pollution, but these efforts may have hit a roadblock on Monday after the Trump administration announced it was planning to weaken the proposed regulations, originally initiated by the Obama administration.

Canada's annual "National Inventory Report on Greenhouse Gas Sources and Sinks" doesn't take into account GHG emissions resulting from "natural disturbances" (e.g. wildfires, infestations such as the mountain pine beetle).
In 2015, total net emissions (source minus sink) of carbon dioxide equivalent (CO2e) from Canada's managed forest were about 221 million tonnes (Mt). For greenhouse gas reporting, the managed forest area in Canada is about 226 million hectares, or 65% of Canada's total forest area.
As a party to the United Nations Framework Convention on Climate Change (UNFCCC), Canada must report annually on greenhouse gas (GHG) emissions from the managed forest.
(source: Natural Resources Canada, Sept 28, 2017, Indicator: " Forest Carbon Emissions and Removals")
This summer season has seen a record number of forest fires particularly in BC and northern Ontario, which if accounted would add a substantial amount of GHG emissions to Canada's total annual emissions report. As forests over the years have become a major "source" of GHG emissions instead of a "sink", the federal and provincial authorities have decided to ignore them; but the people who have lost their jobs, been displaced and suffered from smoke inhalation won't forget it.