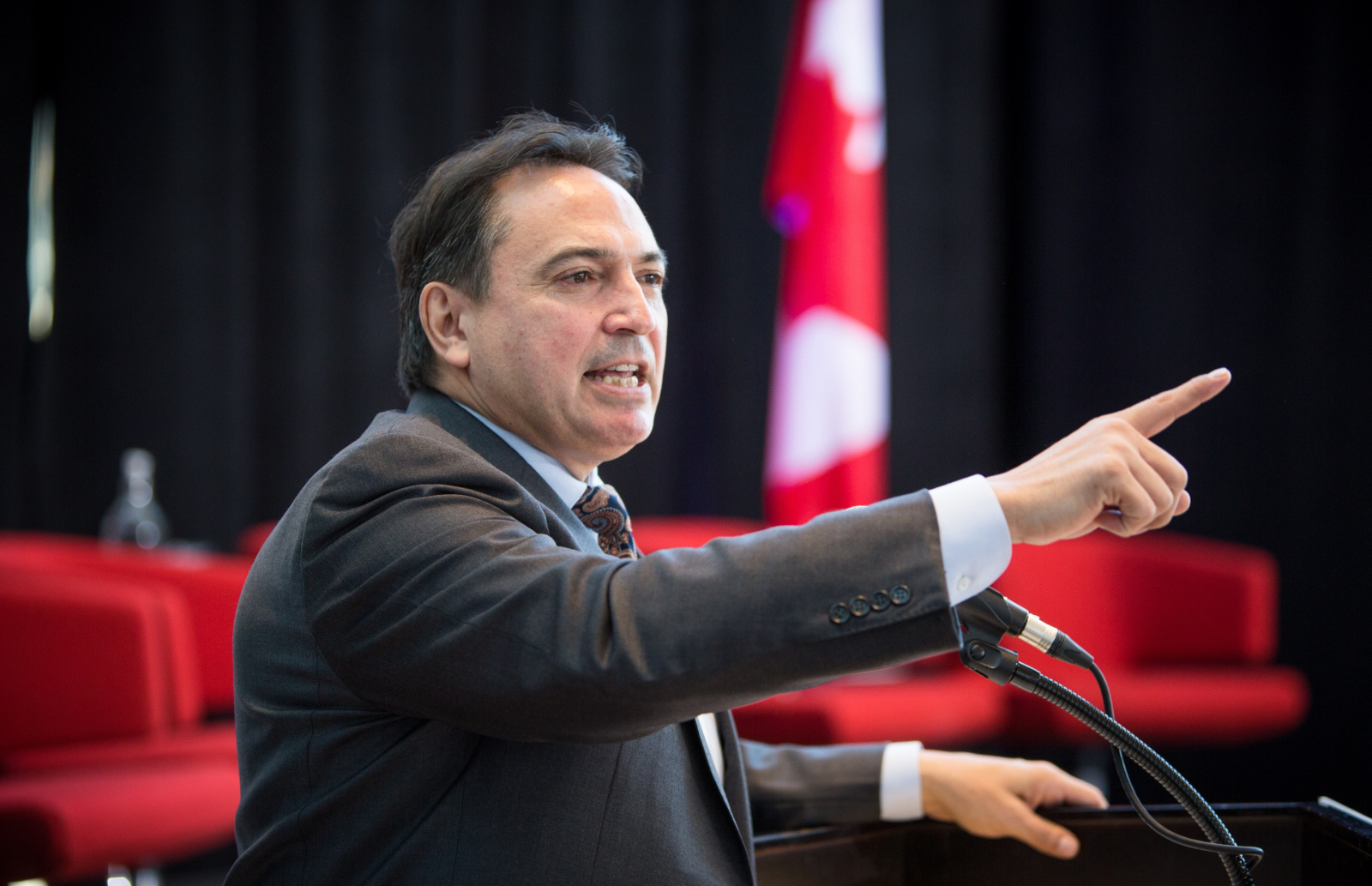 The national chief of the Assembly of First Nations says the federal government would find it easier to get the Trans Mountain pipeline built if it moves the route and the marine shipping terminal to avoid Indigenous communities that are oppose the project.

Perry Bellegarde said many Indigenous communities believe in the need to diversify export markets for Canadian resources through work to transition to a clean energy economy.

"So why not move (the terminal)? Why don’t you move it to Tsawwassen?" Bellegarde said in a wide−ranging interview Monday with The Canadian Press.

"They’re not going to change their mind, so why not find a different outlet? It might take a little longer, but it’s a win−win−win."

Bellegarde said he spoke to chiefs who support of the idea of a terminal near Tsawwassen — but Tsawwassen First Nation Chief Bryce Williams said Monday he is not one of them.

His community neither supports the pipeline nor the idea of moving the terminal to land that abuts his community, Williams said.

In 2015, Alberta Premier Rachel Notley pushed the idea of the Tsawwassen terminal in Delta, B.C., arguing it might get more local support than the plan to expand the existing Westridge Marine Terminal in Burnaby, B.C. The latter would see another six or seven oil tankers each week try to navigate the tricky Burrard Inlet and Vancouver Harbour, while the Tsawwassen location poses environmental risks from those additional tankers to the Fraser River Estuary.

Kinder Morgan Canada dismissed the Tsawwassen location because of those environmental concerns, as well as an estimated $1.2 billion cost needed to make the pipeline 14 kilometres longer and build a trestle in the Straight of Georgia to support it.

The federal government has yet to announce how it plans to re−engage with Indigenous communities after the Federal Court of Appeal overturned approval for the pipeline expansion, citing insufficient Indigenous consultations. The court also criticized the National Energy Board for failing to do a proper review of what impact additional oil tanker traffic would have on sensitive marine ecosystems and, specifically, the endangered Southern resident killer whales.

Last week Natural Resources Minister Amarjeet Sohi ordered the board to go back and do such a review of oil tanker traffic and provide a new recommendation on the pipeline before the end of February.

Conservative Leader Andrew Scheer said that plan only adds delays and argued Ottawa should instead appeal the ruling to the Supreme Court of Canada and legislate the project into existence. That includes supporting a private members’ bill from Alberta Se. Doug Black that reaffirms federal jurisdiction for the project.

Scheer also wants emergency legislation to use an existing Trans Canada review of oil tanker traffic in lieu of the NEB repeating that work, which he said would satisfy the court’s conditions. He added more Indigenous consultation does need to happen, and suggested the appointment of a ministerial special representative to oversee the process.

He also said many communities have signed benefit agreements as partners in the pipeline and no one community should be able to halt it entirely.

"We certainly don’t believe that the 30−plus Indigenous communities who had signed agreements, who are going to see real benefits in their communities, should have to go without those advantages because a smaller group of people are simply opposed to it," he said.

Sohi’s press secretary, Vanessa Adams, said the Conservatives have no reason to complain given their shoddy environmental review was the one the court rejected in this case, and in previous ones the courts also rejected.

Canada now is in full charge of the pipeline, having purchased it from Kinder Morgan last month for $4.5 billion. Ottawa stepped in hoping that federal ownership would provide the political certainty to get it built, and the government intends to sell it to a private−sector buyer after the project expansion is completed.

There is no way the current

There is no way the current shipping terminal in Burnaby makes any sense at all.