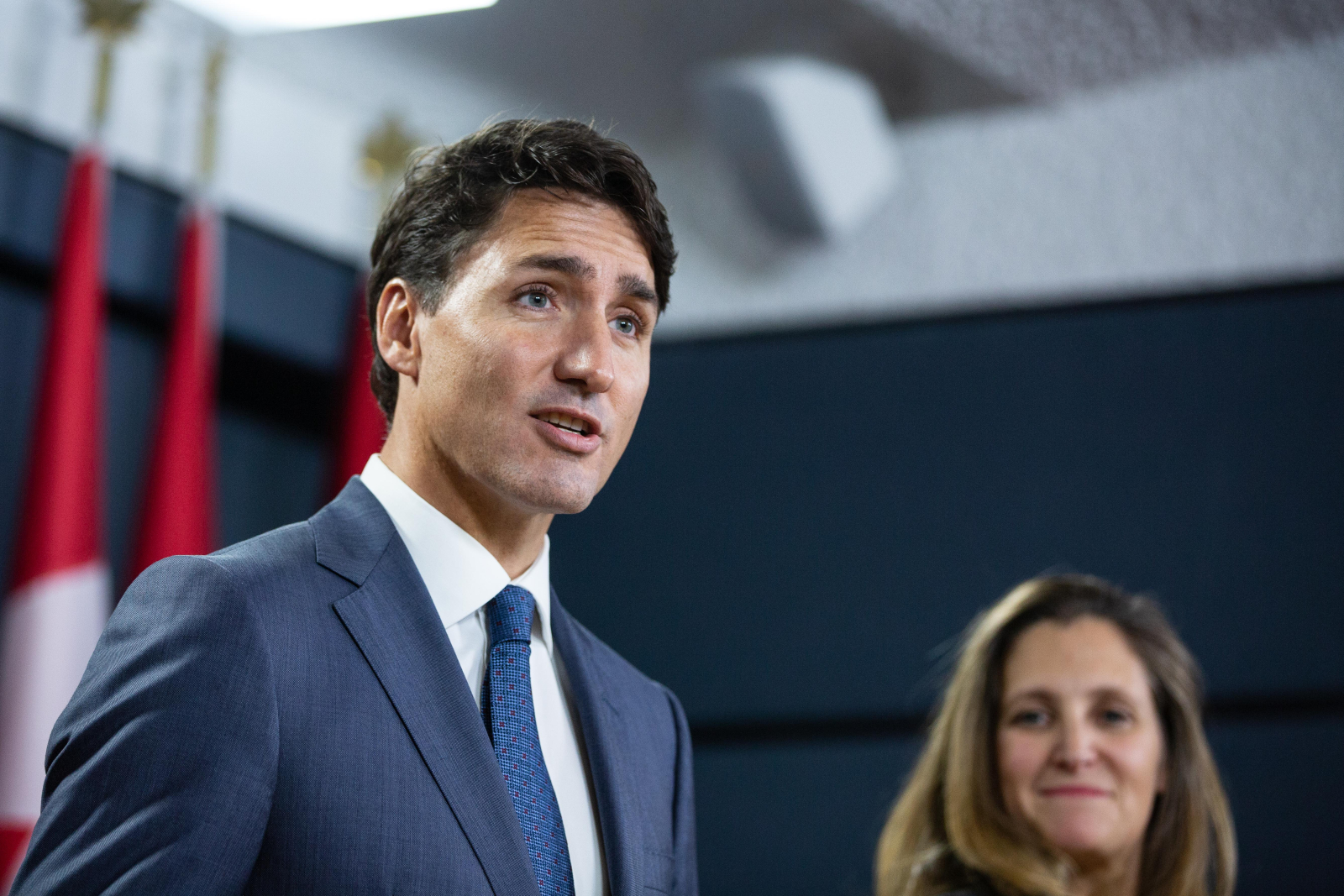 Canada says it is still committed to addressing climate change in its trade relations with the United States through “ongoing negotiations” of a separate environmental agreement.

The United States-Mexico-Canada Agreement (USMCA), meant to replace NAFTA, does not mention the terms "climate change" or "global warming” and contains no binding rules on air pollution. Environmental groups have criticized the deal as “greenwashing” while the opposition NDP said the government failed to deliver “stronger environmental protections.”

On Tuesday morning, Canadian Prime Minister Justin Trudeau’s office released his government's summaries of the deal’s chapters. For the summary dealing with the environment, it notes that “climate change remains a priority for Canada.”

“We remain committed to addressing this issue through ongoing negotiations of a parallel environmental cooperation agreement (ECA),” the summary reads.

Feds 'absolutely did' try to write in climate: McKenna

The Trudeau government "absolutely did" try to get climate change written into the new trade deal, Environment and Climate Change Minister Catherine McKenna confirmed Tuesday outside the House of Commons.

But she said she didn't consider the absence of the term to be a big loss for the Canadian side, as she believed the USMCA's environment chapter "is very clear on each government’s rights to regulate to protect the environment."

"It’s a negotiation," said McKenna. "The U.S. has taken a different position when it comes to climate action, and let me be clear, we are going to continue taking ambitious climate action," including through working with U.S. states with climate-friendly policies, she said.

The minister added she was "really pleased" to see that the new trade deal includes an environment chapter in the body of the agreement with "legally enforceable provisions" on tracking air quality and preventing marine waste.

Green activities to be reviewed by commission

Officials from Canada and the U.S. confirmed that they had struck the deal to replace NAFTA late on Sunday evening, confirming some concessions made by the Canadians regarding measures to protect dairy producers, as well as the removal of a longstanding quota that required Canada to export a certain amount of its energy to the U.S.

Federal Conservatives have suggested Trudeau and Canadian negotiators may have given up too much to strike the new deal, although it has been praised by a former Progressive Conservative prime minister, Brian Mulroney, who negotiated the original Canada-U.S. Free Trade Agreement in the 1980s and has provided informal advice to Trudeau about dealing with the Trump administration.

The USMCA’s chapter on environment states that the three countries “are committed to undertaking cooperative environmental activities pursuant to the Environmental Cooperation Agreement” they would sign, “including activities related to implementation of this chapter.”

It also says activities that the countries undertake that are related to the agreement will be “coordinated and reviewed” by the Commission for Environmental Cooperation.

The commission is an intergovernmental office based in Montreal that gets funding from all three governments and has a mandate "to support cooperation among the NAFTA partners to address environmental issues of continental concern, including the environmental challenges and opportunities presented by continent-wide free trade."

The Montreal office was created through a side deal between the NAFTA partners called the North American Agreement on Environmental Cooperation, which came into force on Jan. 1, 1994.

Editor's note: This story was updated at 4:17 p.m. EDT on Oct. 2, 2018 to include additional quotes from McKenna as well as additional information.

When it comes to

When it comes to transitioning away from fossil fuels our PM has a truly pathetic record: lots of grandstanding talk with very little stilted walk......

It is embarrassing to

It is embarrassing to constantly hear Mr. Trudeau tout the line that we can have both burgeoning fossil fuel industry and environmental protection.
I've stopped listening to him. The trigger? Pre federal election, "We must wean Canada off of fossil fuels." Justin Trudeau. After the federal election, "We can't leave it in the ground." Justin Trudeau.

Trudeau and Trump talk climate? Surely you're joking. What are they going to do -- trade stories of their ignorance and wilful blindness?

Sarcasm aside, if atmospheric physicist, Dr. Tim Garrett is right, all efforts to address the climate crisis are moot. Garrett, makes a decisive case that humanity is facing a global civilization / economic collapse by the end of this century. His research indicates that we're caught in a double-bind between a collapsing global economy with zero GDP, and an explosive growth in CO2 emissions to levels of 1200 ppm. To dramatize the implications, Garrett says our only hope would be to build the equivalent of one nuclear plant per day globally. There's apparently no way out.

Garrett, at the University of Utah, published his initial findings way back in 2008 in a 19-page paper titled: "Are there basic physical restraints on future anthropogenic emissions of carbon dioxide?" So how come so few news and information outlets -- National Observer included -- and no politicians that I know of, mention Garrett and his research? I suspect we all know the answer to that question, but are afraid to speak it publicly.

To read more by/about Garrett and his research, and why he is adamant that there is no solution, you might consider visiting my website link: https://tinyurl.com/ya5qj9pd The title of this page is: "Civilization/Economic Collapse ~ Links to All Posts By or About Dr. Tim Garrett’s Research"

BTW, the sarcasm is a reflection of my frustration with 20 plus years of inaction that have gotten us into this mess.