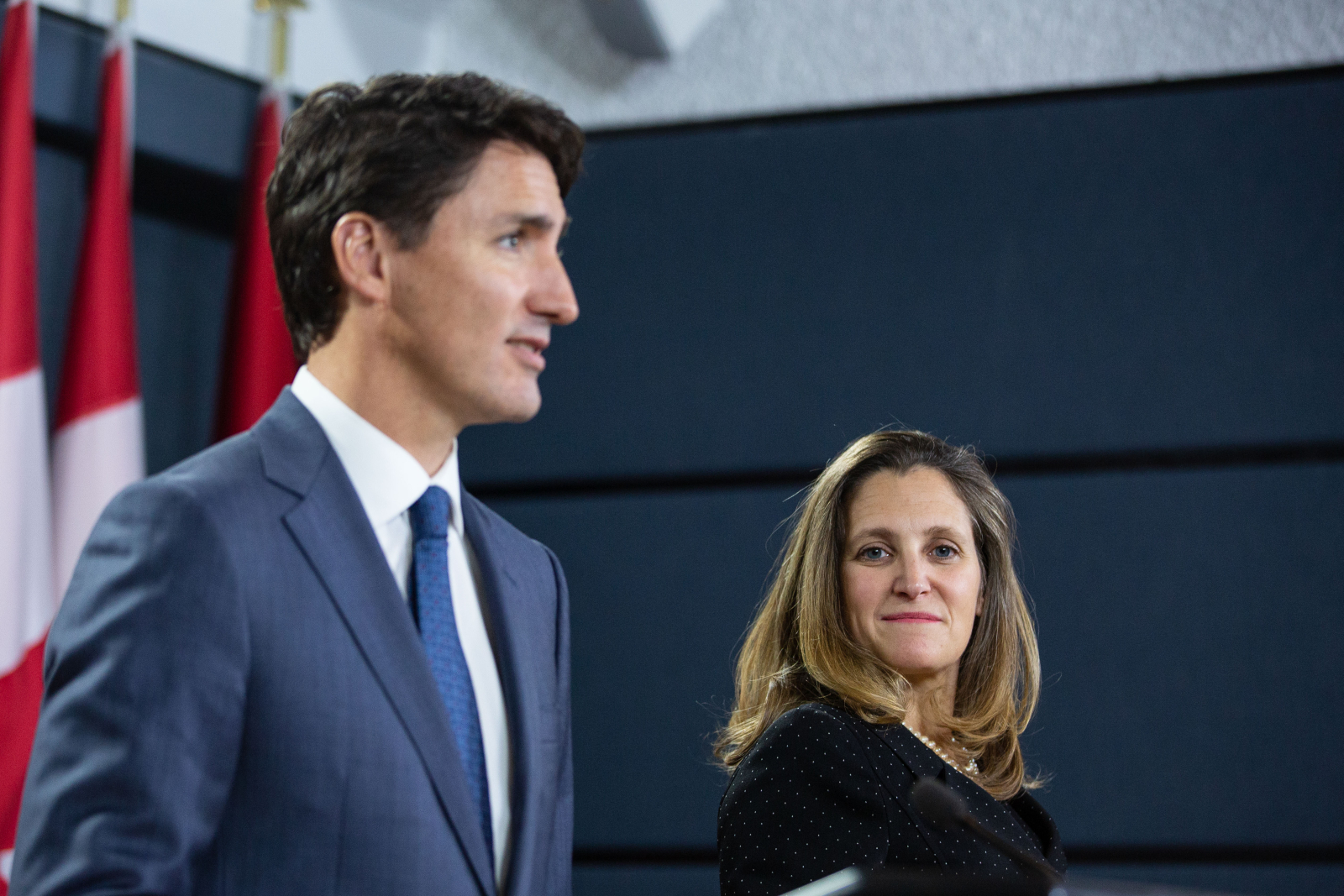 The United States Mexico Canada Agreement is an updated, modernized North American trade agreement that is good for Canada and good for Canadians.

It is the result of Canada being tough at the negotiation table, united at home, and getting the job done.

Canada negotiated hard. We stayed strong, even when some were urging capitulation. We held out for a good deal, and we got a good deal. Canadians can be justly proud of this.

The Canadian Chamber of Commerce, which represents 200,000 businesses of all sizes across our country, has strongly welcomed the United States Mexico Canada Agreement (USMCA). So has Unifor, Canada’s largest labour union. That is a well-balanced outcome.

Consider the facts: in the face of possible and widespread disruption to our integrated North American economy, we have protected more than $2-billion a day in cross-border trade and tariff-free access for more than 70 percent of Canadian exports. Every Canadian whose livelihood relies on trade – which is most of us – benefits from the renewed certainty.

This agreement is good news for the hundreds of thousands of Canadians who work in the auto industry, and indeed for all Canadian workers. That’s because the agreement preserves crucial cross-border auto supply chains, and improves wages and labour rights for Mexican workers, which levels the playing field for workers here at home. The car industry now has stability and room to grow and thrive.

This agreement is good for Canadian exporters. It preserves Canada’s preferential access to the U.S. market, while updating and modernizing the agreement for the 21st Century, in areas such as digital trade, telecommunications, and anti-corruption. These changes have not been headline news, but they will make a real difference to Canadian businesses, by making trade easier.

Together with the Comprehensive Economic and Trade Agreement (CETA) with Europe and the Comprehensive and Progressive Agreement for Trans-Pacific Partnership (CPTPP), the USMCA means Canada now has tariff-free access to 1.5 billion consumers around the world. For a nation of traders and exporters, this represents an enormous opportunity.

In a relationship like that between Canada and the United States, where one partner is economically so much larger, rules matter. And we need to make sure the rules can be enforced. The USMCA retains, in its entirety, the impartial dispute system – an independent tribunal that judges disagreements – which Canada fought so hard to include in the original North American Free Trade Agreement. These tribunals are what our forestry workers have long used to protect their jobs from unjust trade actions. Keeping them was essential. It was hard to do. But we did it. And that is a win for Canada.

And, the agreement helps strengthen Canada’s identity and culture, and an independent Canadian media. The cultural exemption, which helps safeguard 650,000 jobs in cultural industries, has been protected.

Changes to the dairy sector are roughly in line with changes made in CETA and CPTPP, and we will fully and fairly compensate our farmers. The government is establishing a working group, in partnership with the dairy industry, to ensure its vitality long into the future.

The USMCA is good for Canada’s energy sector. The existing NAFTA contained a clause that infringed on Canadian sovereignty by preventing our country from controlling where we sell our energy resources. That clause is gone. The sector will also benefit from administrative improvements that will save the energy sector more than $60 million a year in duties and other fees.

And this agreement is good for the environment. It contains a new environment chapter, with strong, enforceable standards for clean air and water.

Likewise, this agreement is positive for Indigenous peoples. The renegotiated NAFTA contains language that recognizes and upholds the unique role of First Nations, Metis and Inuit in protecting and preserving the environment.

Perhaps one of the achievements I’m most proud of is that the investor-state dispute resolution system, which in the past allowed foreign companies to sue Canada, will be gone. This means that Canada can make its own rules, about public health and safety, for example, without the risk of being sued by foreign corporations. Known as ISDS, this provision has cost Canadian taxpayers more than $300 million in penalties and legal fees.

The road to a successful agreement in principle with the United States and Mexico was not easy, or free from drama. Nor is any deal of this kind ever perfect. That’s the nature of negotiations.

As Canadians take stock and move forward, we can rest assured of one thing: Team Canada, including key players from across the country and from across the political spectrum, maintained a united front.

We hung together. We stayed strong. And we succeeded.

More Liberal spin. They do it

More Liberal spin. They do it so effortlessly.

National Post October 11, 2017: Former PM Harper is convinced Trump is not bluffing about pulling the plug on NAFTA
Some of us aren't going to let Canadians forget that harper was in favour of caving in to Trump.

Funny to see the Minister

Funny to see the Minister take full credit for doing away with ISDS. A look at Lighthizer's testimony, starting at about the 4 min. mark, would suggest there was another dynamic at the table: .

I keep forgetting that links

I keep forgetting that links don't come through in these comments. To find the video, search for "Brady-Lighthizer ISDS discussion" on C-SPAN, dated March 21, 2018. Lighthizer argued strongly against keeping ISDS.