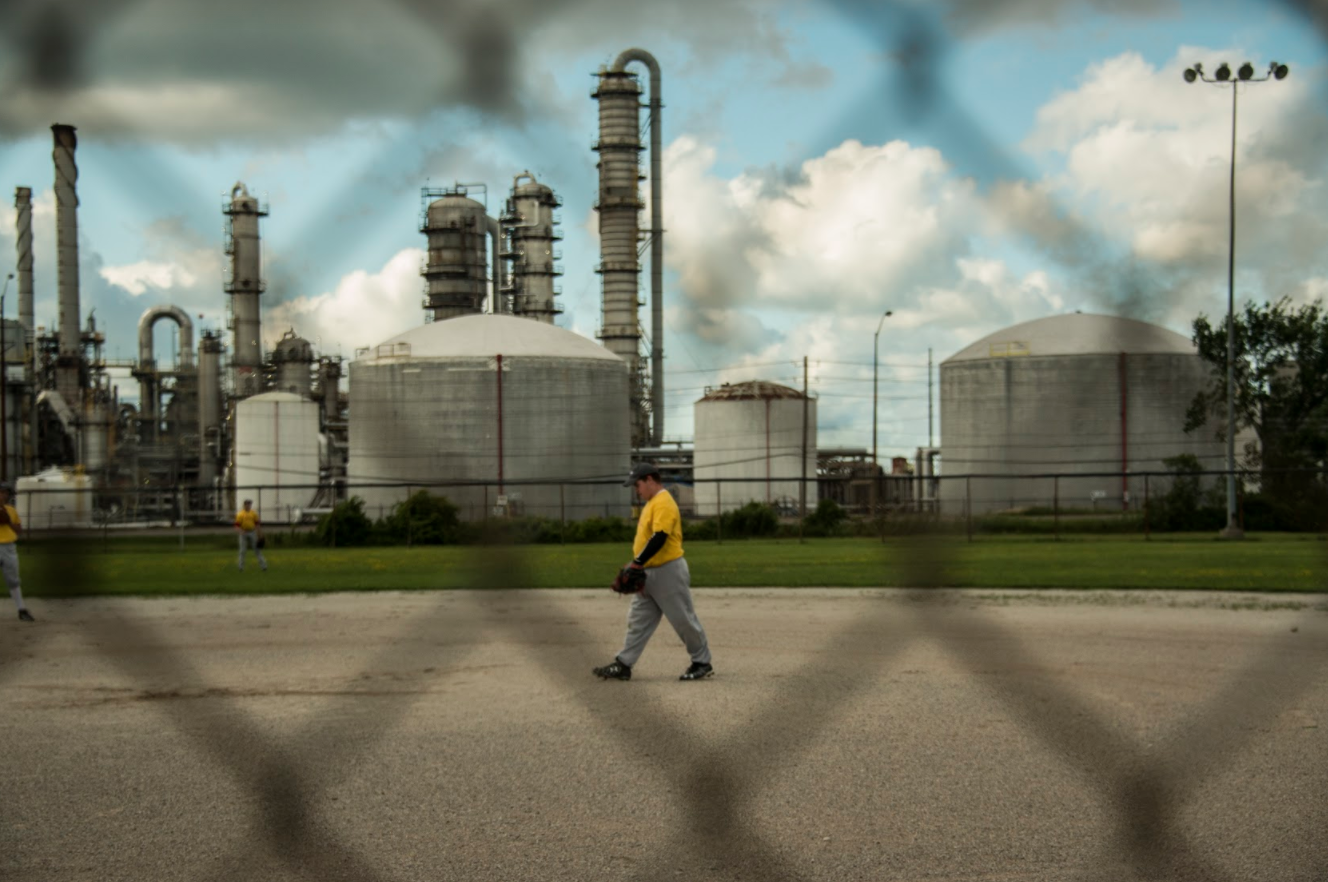 A real-time air quality website for Sarnia’s Chemical Valley launched Wednesday, a significant step for residents who have long asked for greater transparency about air quality in the region.

But critics say the data’s presentation doesn’t tell residents of the valley when the air they’re breathing could contain unsafe levels of harmful chemicals. Fifty-seven industrial polluters are registered with the Canadian and U.S. governments within 25 kilometres of Sarnia.

“We fought hard to get data online. To that extent we’re glad that this data is now available to the public,” said Elaine MacDonald, an environmental engineer with environmental law non-profit EcoJustice. “But if it’s being represented in a way that’s misleading, that’s a really big concern.”

In October, Ontario environmental commissioner Dianne Saxe said there’s “strong evidence” to suggest Chemical Valley pollution is causing “profound” health problems in the nearby First Nations community of Aamjiwnaang — surrounded on three sides by petrochemical plants -- which neither the federal nor provincial governments have properly investigated. Following the joint investigation, provincial Environment Minister Chris Ballard committed to funding a health study examining those effects, something residents had sought for nearly a decade.

The joint investigation also raised questions about whether companies and the provincial government are properly warning residents of Sarnia and Aamjiwnaang when potentially-toxic substances are leaked.

The Clean Air Sarnia and Area (CASA) site, funded jointly by the provincial government and an industry partnership group, shows hourly results from seven air monitors in the region surrounding the Chemical Valley. It tracks several chemicals, including the carcinogen benzene and sulfur dioxide, an irritant that can cause respiratory issues.

However, the air quality categories on the CASA site for sulfur dioxide are based on standards the provincial government has admitted don’t protect human health.

Set in 1974, the current threshold allows sulfur dioxide levels several times higher than Health Canada’s limits for safe exposure. Though the province has proposed a drastically-lowered set of standards, they haven’t yet been made into law.

At 10 a.m. Wednesday, soon after the CASA site launched, the Aamjiwnaang air monitor picked up benzene levels of 7.1 ug/m3, a reading above the half-hour provincial standard. There is no hourly standard for benzene, but the reference level used on the CASA site is 5.6 ug/m3, the Environment Ministry said.

The WHO calls benzene “carcinogenic to humans,” and says, “no safe level of exposure can be recommended.”

The CASA website says if any of the compounds it tracks top provincial limits, the pin marking the air monitor should turn orange, signaling ‘poor’ air quality. But the Aamjiwnaang monitor’s pin stayed yellow, meant to signal moderate air quality, which would mean the chemicals were approaching but below the threshold.

Environment Ministry spokesperson Gary Wheeler said the ministry considers the health risks from a benzene levels in that range to be “negligible,” so the classification wouldn’t change unless it’s 10 times higher than the equivalent of the the one-hour standard.

“The divisions between the categories good, moderate, poor, and very poor are set at one, 10, and 100 times the 1-hour equivalent (standard),” Wheeler wrote in an email.

MacDonald said exposures in the good and moderate ranges could still be "problematic" for human health long-term.

“It’s really misleading to say that it’s only a moderate air quality concern when you’re exceeding a health-based standard,” said MacDonald. “The concern is cancer…. The more you’re exposed to (benzene) and the higher concentrations you’re exposed to it, the greater the risk is.”

Exactly what I meant with

Exactly what I meant with "What's wrong with this picture". I wonder who is objecting to or keeping our legislators from upgrading Canadian legislation to today's reality. And would the Miinister of Environment please describe "negligible" cancer as well as "acceptable levels" of any desease. Perhaps we would be better served if the Minister of Environment were to consult the Minister of Health to establish these "levels of polution"