By Sarah Laskow in Features | November 6th 2018
Greenland's melting ice from above. All photos by Tom Hegen
Previous story

High above a meltwater lake in Greenland, 3,000 or so feet from the ground, the plane tipped so that Tom Hegen could shoot straight down. The plane circled the lake to find the right angle and the right light, and then did it again.

“Up in the air, you have to be very quick,” says Hegen, a photographer based in Germany. Shooting aerial photographs from a plane is akin to trying to capture an image of an animal a quarter-mile away, from a car going 100 miles per hour.

But from the air, Hegen can see things that aren’t apparent from the ground. In his new series, Two Degrees Celsius, he captures the effects of climate change on the Arctic ice sheet extending over Greenland. In his photographs, blue water and white ice form abstract shapes at the places where the frozen north is melting away. 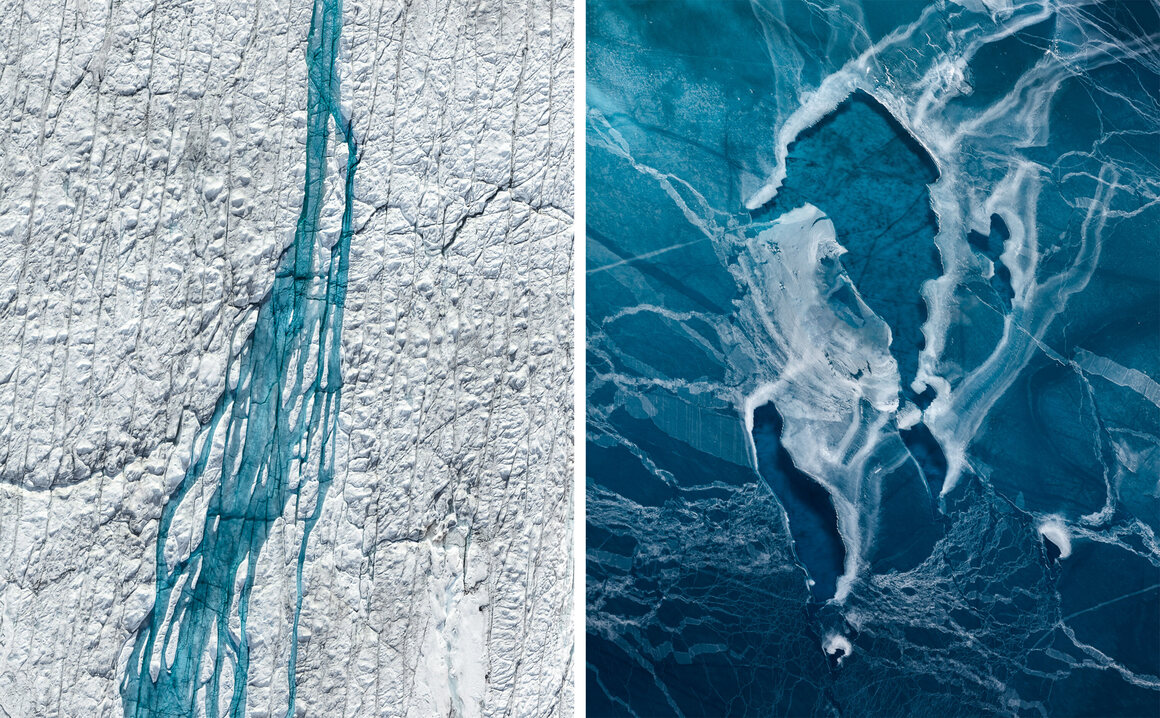 Hegen’s aerial photography explores the relationships between humans and the natural world, through images of salt ponds, tulip fields, coal mines, and commercial forests. From the ground, these places might give one impression—the forests, for instance, could be mistaken for a natural setting—with their true nature only revealed from above. “Once you change the perspective and get an overview of it, you actually recognize that every single tree is planted on a grid system to make it easier for the cutting machines to go through the aisles,” Hegen says.

Working in Greenland posed particular challenges. Before he takes off, Hegen likes to have an exact idea of what he’ll photograph. But the meltwater lakes and rivers of the ice sheet are fleeting, and could disappear overnight. So he focused his exploration on places on the ice sheet where thawing had increased over the past few years, and he’d be most likely to find certain formations. 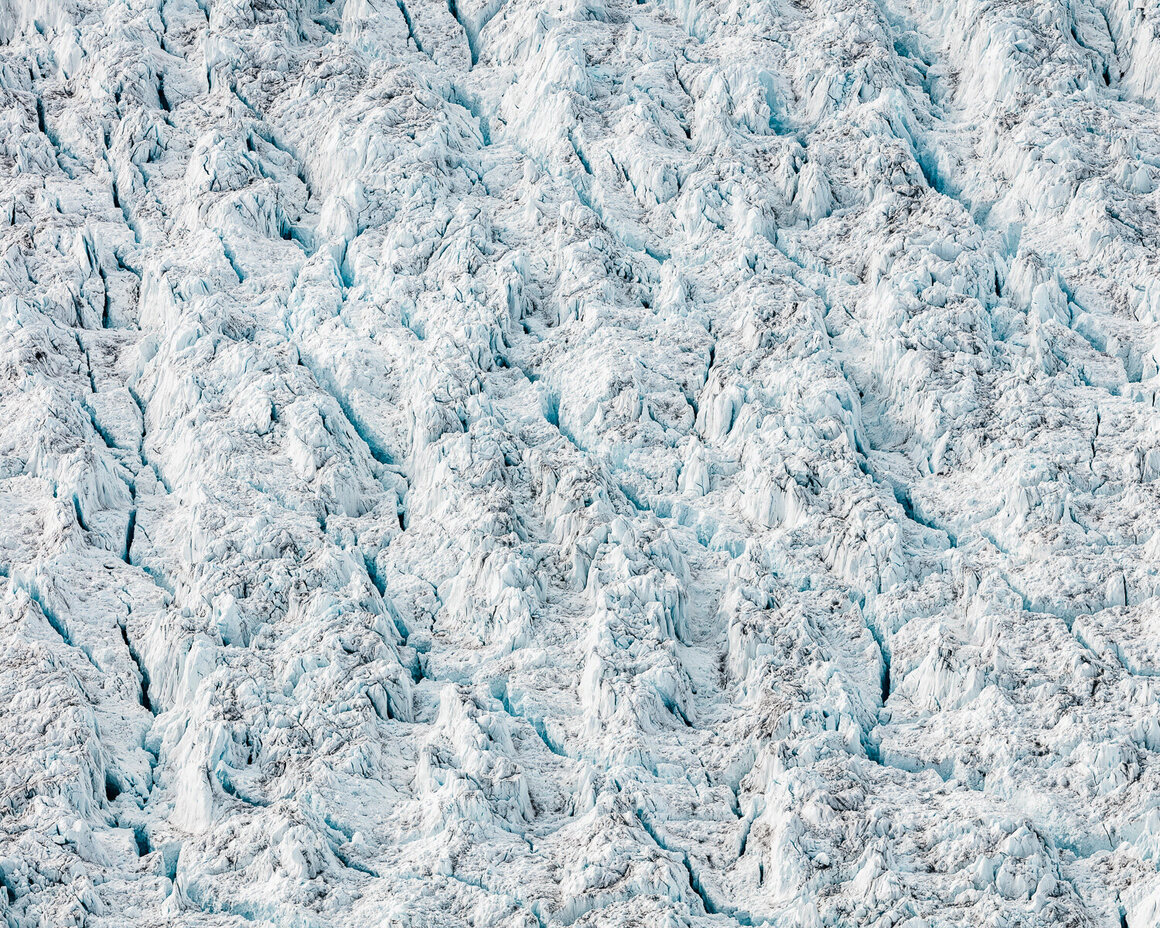 Working on the remote ice sheet meant carrying with him everything he’d need to work and survive. He stayed in a tent along ice fjords, and some days waited hours for the weather to clear, only to realize it’d be impossible to fly at all. When the plane did make it into the air, they traveled to areas of the ice sheet where even the experienced pilot had never been. In parts, the ice sheet was so thick that they had to climb to keep a safe distance from the ground. It was then, Hegen says, that he started to understand the truly massive dimensions of this landscape.

Hegen’s work has a element of abstraction to it, and offers a new perspective that might call a viewer’s attention or renew the understanding of a familiar idea or place. But before he could see the ice sheet in that frame, he had to grapple with its enormity. “I felt numb and overwhelmed at first, before I could even start taking the first photos,” he says. “On all sides and up to the horizon—just ice.” In his photos, though, that vast view narrows to an arc of ice or a stream of bright water, a portent of a future landscape where white expanse melts to blue. 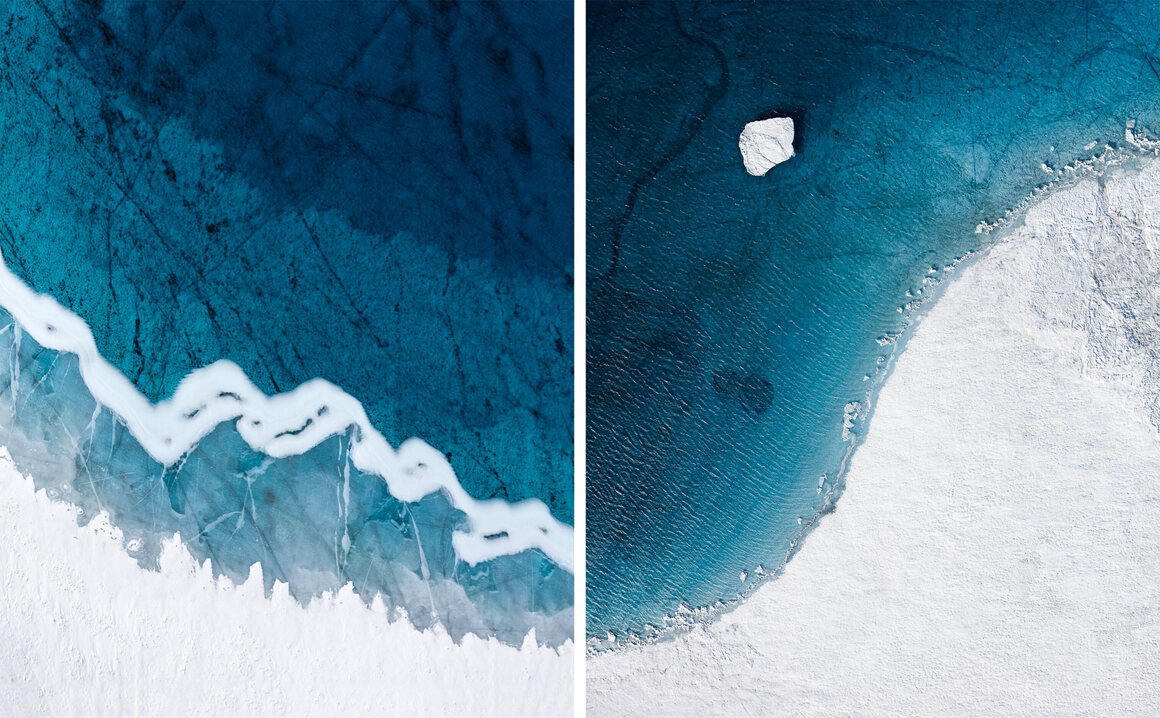 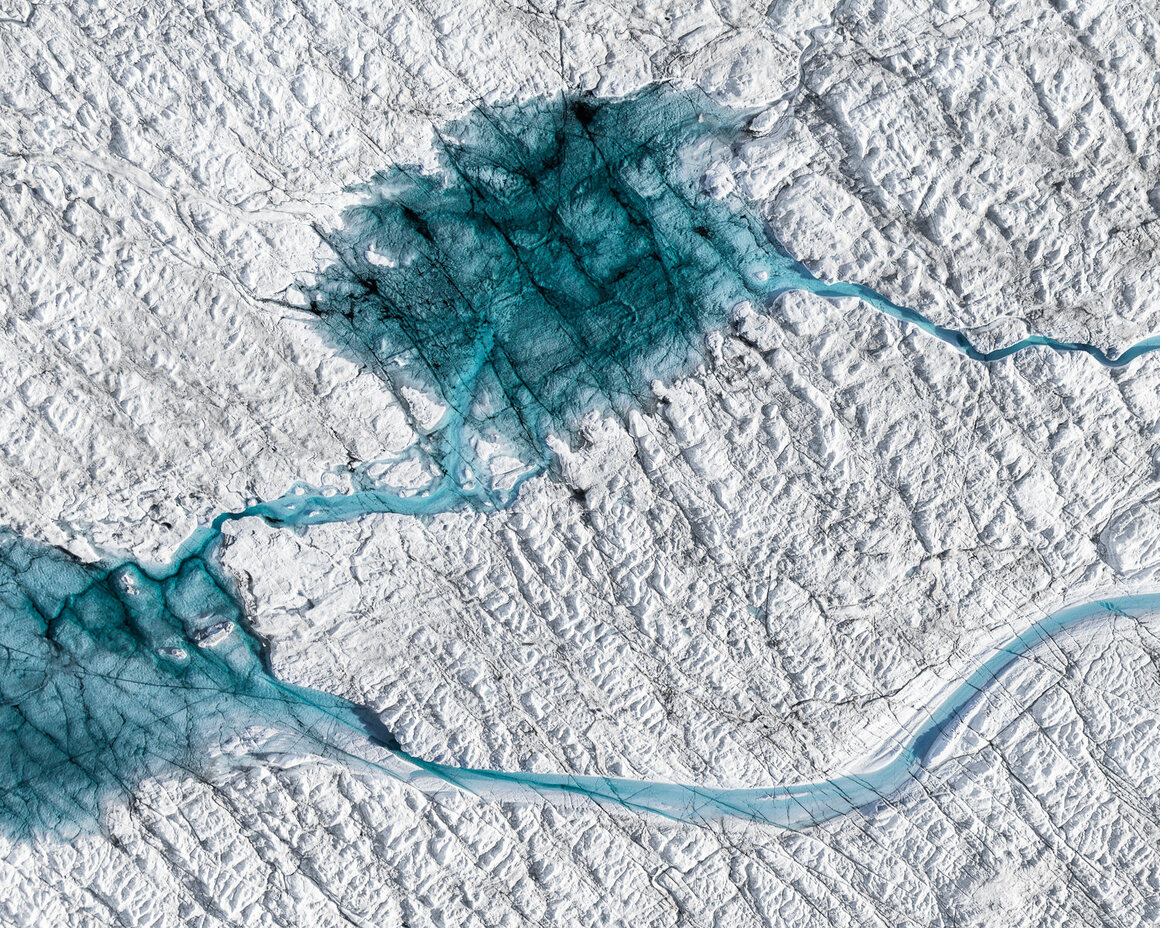 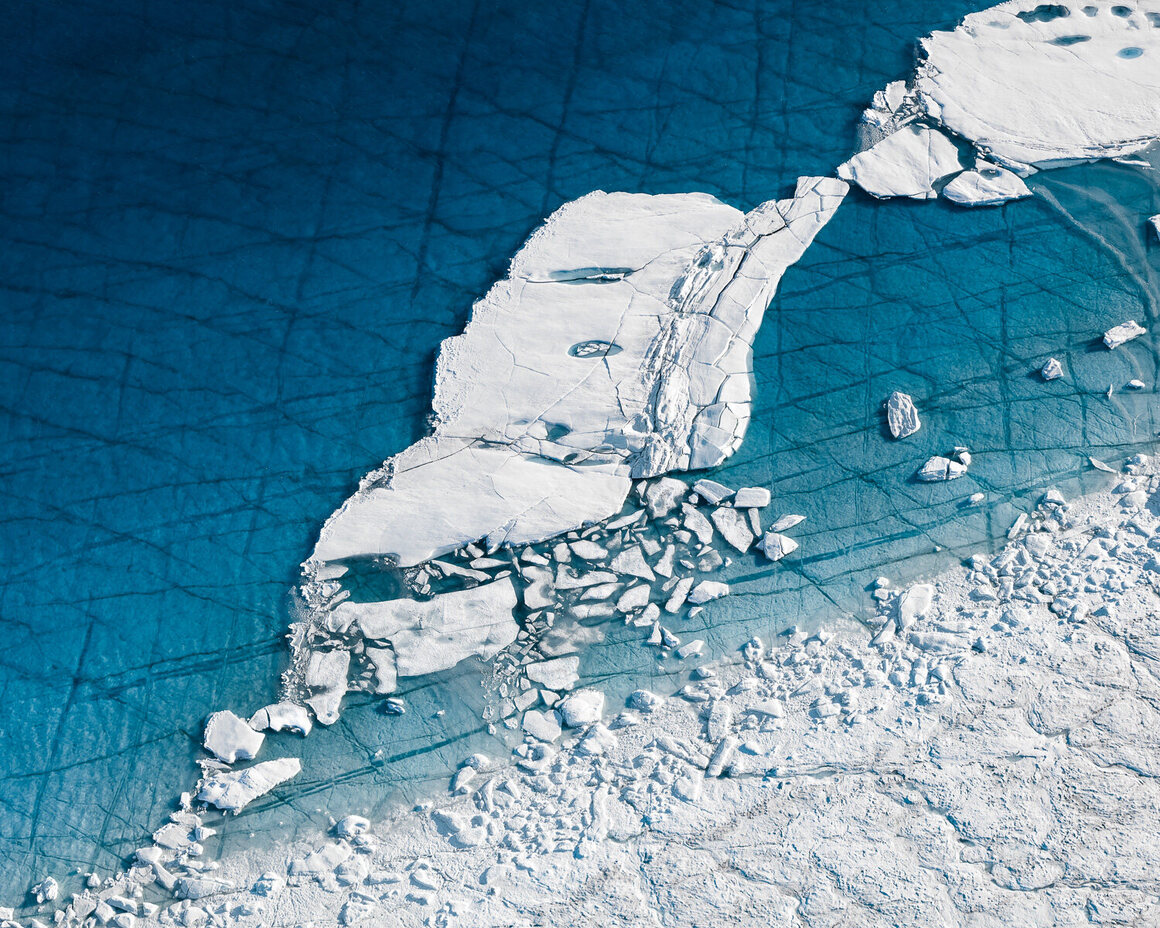 Beautiful pictures. Intentionally I suppose, there is nothing in them to provide a sense of scale.