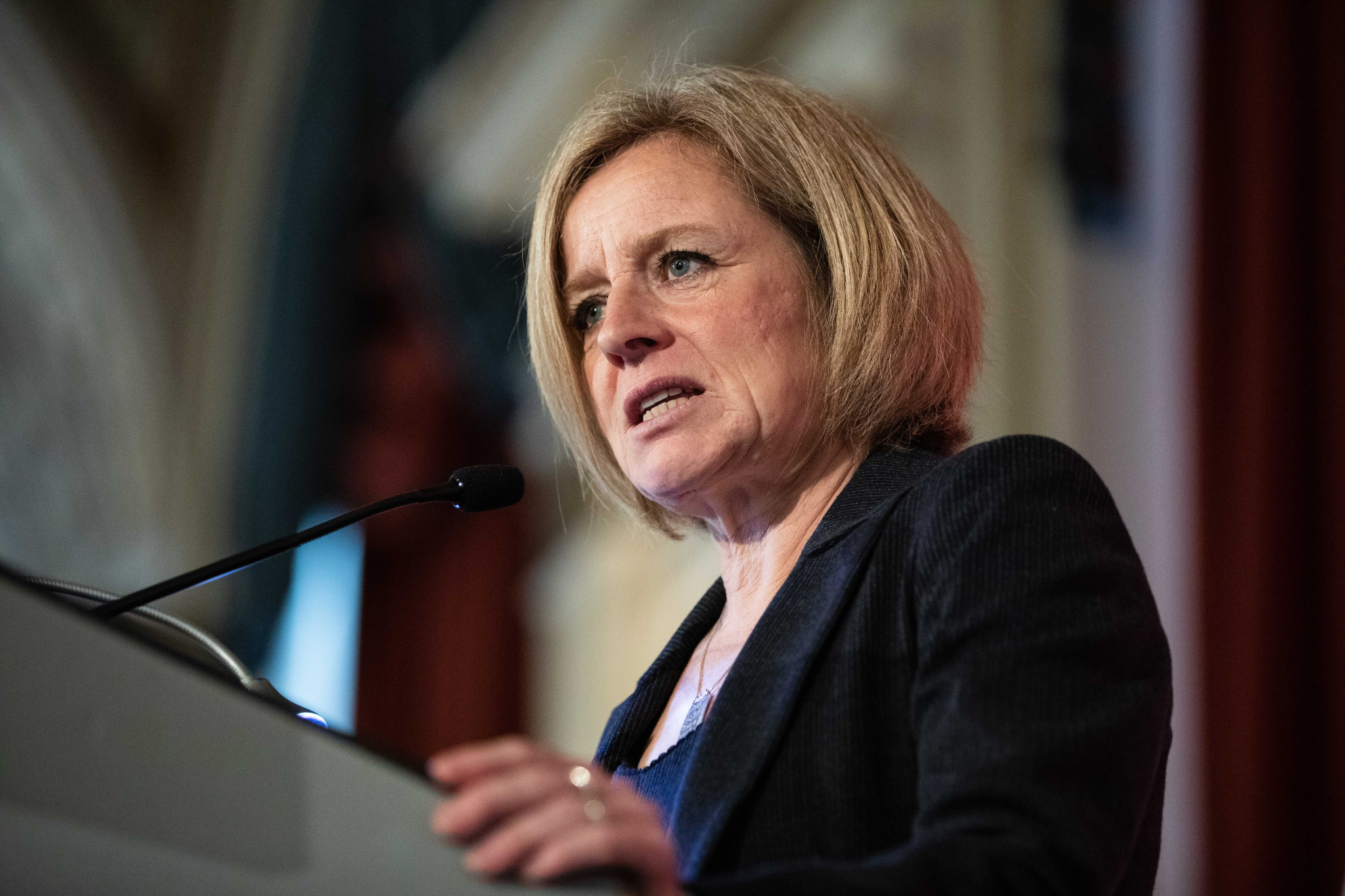 Alberta needs to buy as many as 7,000 railcars if it wants to be able to meet its goal of shipping an additional 120,000 barrels of oil a day, says Premier Rachel Notley.

In a speech to the Toronto Board of Trade, Notley says her province is prepared to buy roughly 80 locomotives, with each train pulling 100 to 120 cars.

This extra capacity will allow the province to transport 30 per cent more crude-by-rail than current levels, and would help narrow the price gap by $4 a barrel and generate an additional $1 million a day for Ottawa.

She says the plunging price of oil has reached a "crisis" point for her province and her government is prepared to make the purchase on its own, with or without the federal government's help.

This is the first time she has specified how many railcars will need to be purchased. She did not give estimates on the cost of the cars but industry experts suggest that one rail car can cost between $120,000 and $150,000 to buy or about $1,200 per month to rent, putting Alberta's plan at upwards of $1.05 billion.

The price of Alberta crude is currently sitting around $10 a barrel, which Notley says is $40 less compared to the price of oil from other world producers.

Why can't the oil industry buy its own rail cars?
CNRL reported a third-quarter profit of $1.80 billion, up from $684 million a year ago.
Suncor's net earnings rose 40% over last year's results to $1.81 billion.

Govt should get out of the oil business, and stop the endless subsidies to an unsustainable industry that's costing us our future.
Put the full, true, real price on pollution.
And force the oil industry to start funding its massive liabilities. North of $260 billion and rising.

I have a better solution,

I have a better solution, keep the oil in the ground.

Absolutely, René. Short of government decree, the shortest path to that goal is to put the full, true, real price on pollution and remove all energy subsidies. Then stand back and let the market do its work.
The costs of climate change and fossil fuel pollution are prohibitive. We cannot afford to destabilize our climate and degrade our life-support systems. So the price on fossil fuels and urban sprawl should be astronomical. Price unsustainable goods and services out of existence.

the gender bender bought a

the gender bender bought a pipe line .the wicket witch from the west can have a rail line
for xmas. happy day,s are hear again my wellfare cheque is near again