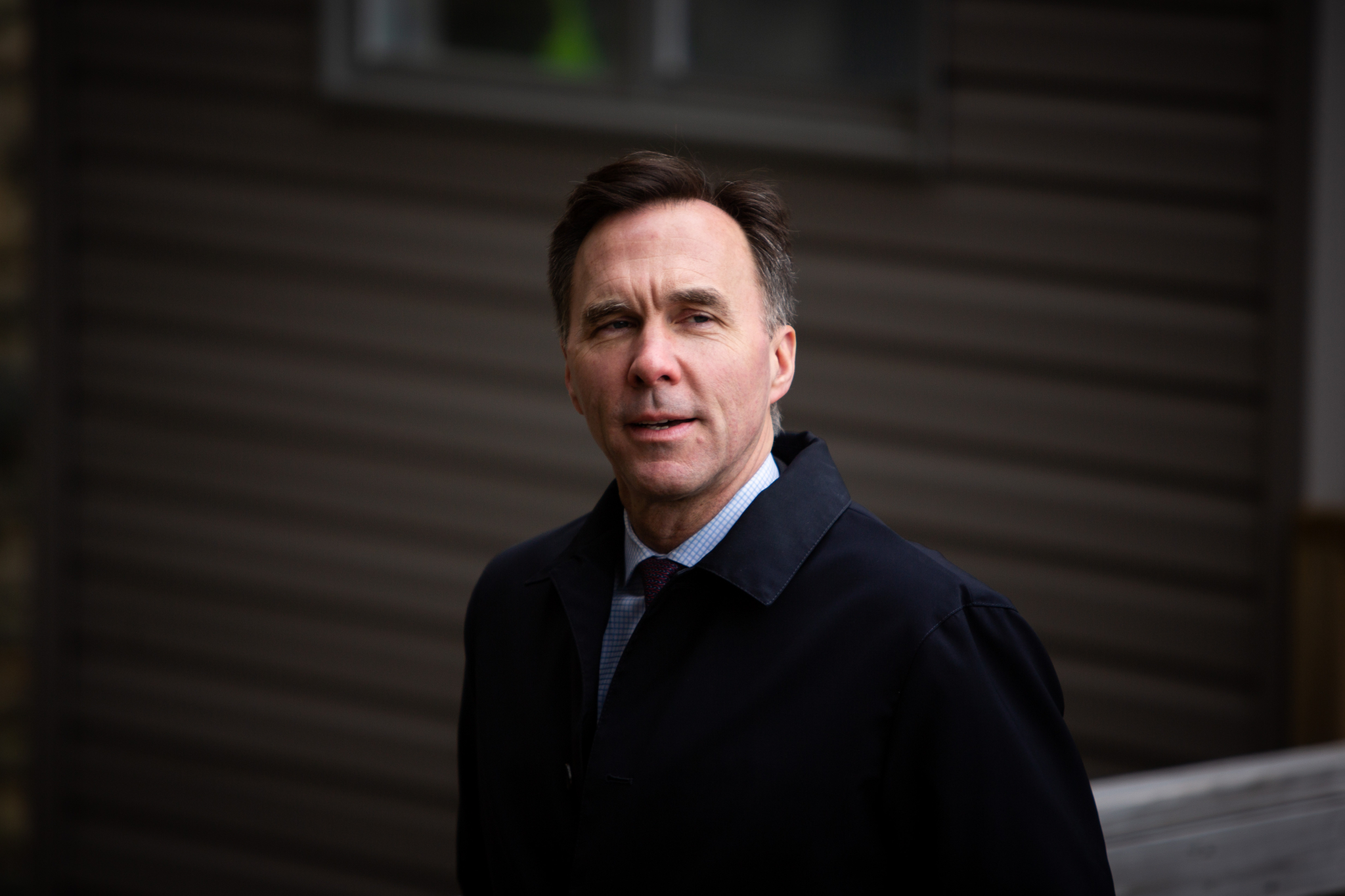 When Finance Minister Morneau delivered his fall economic update in the third week of November he painted a rosy picture of Trans Mountain’s financial performance. What Morneau didn’t tell Canadians is that if he had included interest expense for the debt taken on to buy the pipeline, there is actually a loss.

Morneau said that “The Trans Mountain entities have significant commercial value and generate returns from existing operational assets.” Now, pay close attention to the qualifiers on what Morneau said next: “Since acquisition, the Trans Mountain entities have earned $70 million in Earnings before Interest, Taxes, Depreciation and Amortization (EBITDA). This represents EBITDA of over $200 million on an annualized basis.”

What Morneau didn’t tell Canadians is that the earnings presented in his EBITDA metric quickly erode when interest charged to Trans Mountain for the debt incurred to fund the transaction is considered. To understand how Morneau’s selective approach misrepresents Trans Mountain’s position we need to go to the financial statements recently released by Trans Mountain’s new parent, the Canada Investment Development Corporation (CDEV).

Based on CDEV’s quarterly financial report, Trans Mountain incurred $21.3 million in interest expense during September. Interest is not optional. Incorporating this cost into Morneau’s $200 million annualized earnings we find it becomes an annualized cost of $256 million which represents a loss of $56 million.

CDEV is the federal crown corporation that took over the reins of the pipeline company on August 31, 2018. The federal government bought the 65-year old line and stale-dated plans to expand it from Kinder Morgan.

First off, the finance minister should respect Canadians enough to ensure the financial picture he paints of Trans Mountain’s performance is fully presented and easily understood. Using EBITDA is a smokescreen. It allows Morneau to hide behind jargon to deflect transparency and accountability.

EBITDA may be used by financial analysts to compare operations among competing companies, but Trudeau has already done the unthinkable and bought an aging pipeline. We don’t need Morneau trotting out EBITDA as if to compare Trans Mountain to other pipeline companies the prime minister might have bought instead.

A word of caution, Mr. Morneau, write @RobynAllan . Beware the ire of taxpayers across Canada when they decide they are sick and tired of being played. #cdnpoli #TMX #bcpoli #abpoli #oilsands #pipelines

Taxpayers want to know whether Trans Mountain is capable of paying for its purchase or whether we will be footing the bill. As a metric, EBITDA does not provide the explanatory value we need.

Which brings us to the second reason Morneau’s financial presentation is irresponsible. EBITDA, by definition, excludes investment, tax and accounting decisions that affect a company’s performance. It provides an incomplete picture and shifts attention away from high debt levels and accounting policies that have a direct impact on commercial viability. EBITDA should never be relied upon as a sole indicator of performance as Morneau has done because it readily allows a company to appear healthier than it is.

CDEV’s third quarter report brings us closer to understanding Trans Mountain’s financial situation — the revenue base cannot carry all the interest expense and will not chip away at the principal in the foreseeable future. We can determine this because CDEV discloses the financing arrangements and interest charges attached to the $6.5 billion credit agreement Trans Mountain entered into on August 29, 2018.

The $6.5 billion credit agreement is funded through the Canada Account administered by the Export Development Corporation (EDC) and carries with it an annual fixed interest rate of 4.7 per cent.

There are three separate facilities under the $6.5 billion funding program. The first is the $5 billion acquisition facility of which $4.670 billion was drawn as at September 30 — $4.427 billion for the acquisition and $243 million for working capital. The second loan arrangement is the $500 million NEB facility for pipeline spill risk. This has been completely drawn and sits as restricted cash on the balance sheet. The acquisition and NEB loan facilities expire in 2023.

The third facility is a $1 billion construction loan provided for the carrying costs of the Trans Mountain Expansion Project ‑ $30 million was drawn from the loan as of September 30. The Construction Facility expires August 2019.

The final purchase price for Trans Mountain will not be known until year end, but the interim price paid for Trans Mountain, as indicated above, is $4.427 billion. This is less than the $4.5 billion price tag we are familiar with, but CDEV warns us that price “adjustments may be required and could be material.” There is no explanation given as to what might drive such adjustments, but Canadians have been put on notice they could be substantial.

The financial disclosure provided by CDEV also gives some insight into monthly carrying costs for keeping the Trans Mountain Expansion Project on life support. For the month of September, $49 million was spent. Expansion project costs — referred to in CDEV’s report as “Work in Progress” — were $1.2 billion at the end of the quarter.

Some of the $49 million "work in progress" cost incurred in the month of September is related to cease work expenses on the pipeline because the Federal Court of Appeal quashed the Order in Council granting approval for the expansion. On a go-forward basis the monthly burn rate for keeping Trans Mountain alive will likely be lower than in September. Judging from documents Trans Mountain has filed with the NEB they will be around $30 million a month.

What this means is that by the time construction commences — which Trudeau hopes will happen by next summer — sunk costs for the project will reach $1.5 billion. Add to that the revised capital costs for construction and it’s not hard to see how project costs could exceed the $9.3 billion estimate put forward in Kinder Morgan’s Fairness Opinion filed with securities regulators in August.

CDEV has warnings in its quarterly report that go beyond a caution about a potential material increase in the final purchase price for the company. It alerts readers to risks and uncertainties surrounding the capital cost and physical construction challenges for the expansion.

Trans Mountain’s parent says, “There is no certainty as to when permission may be granted to continue construction. In addition the construction of TMEP when resumed will be faced with difficult terrain, risks of cost overruns and the probability of hostile demonstrations.”

CDEV cannot be referring to the respectful demonstrations on Burnaby Mountain where responsible citizens have been peacefully arrested for standing in front of a gate. These actions reflect justified concern for our future and can hardly be described as hostile.

CDEV must be referring to the lack of financial viability of the expansion project and how proceeding will require ongoing and significant subsidy. This betrayal of the public purse will certainly generate hostility. A word of caution, Mr. Morneau. Beware the ire of taxpayers across Canada when they decide they are sick and tired of being played.

Thank you Robin for a

Thank you Robin for a succinct and sobering analysis of what Canadian taxpayers are facing in the months and years ahead as we learn the hard financial truths behind Trudeau’s Trans Mountain Pipedream.

I cannot fathom why Trudeau

I cannot fathom why Trudeau spent taxpayers’ money on a pipeline that no one else wanted. He sure was played for a fool but it is us, the taxpayers, that will suffer and have to pay the price. This is not democracy. This government by big business for big business. Democracy is a wonderful idea but greed sees that is killed before it even takes its first breath. If there was a God I would say ‘God help us all’! As it is we will just have to suffer but hopefully with a earth shattering roar!

The key public interest concern about TMX, since day one, was about the 7 fold increase in tanker traffic.

Stephen Harper, in his last days, announced that Clear Seas would study BC coast shipping. Where is that study?

Washington State has maintained an ongoing study of our shared Salish Sea waters This study… CONCLUDED “...simply...there is no guarantee that RISK increases ..... can be fully mitigated.”
See https://www.seas.gwu.edu/~dorpjr/VTRA/PSP/FINAL%20REPORT/PSP%20FINAL%20R...

Our Senate issued their ignored “pipeline study “…and recommended “government must … restore legitimacy to the pipeline approval process.”
See http://www.parl.gc.ca/content/sen/committee/421/TRCM/Reports/FINALVERSIO...

Government produced Bill C 69…which included items of interest as explained by MP Jonathan Wilkinson. There was insufficient communication with the First Nations and “all of the science will be publicly available, and will… no longer depend entirely on scientific data supplied by project proponents.. Ottawa will pay to bring in external scientific experts” ! See http://www.nsnews.com/news/tsleil-waututh-decry-new-review-rules-on-pipe...

We have been forewarned because of serious incidents like the Exxon Valdes ,and the Queen of the North. Southern Alberta too has been forewarned during the 2006 multibillion-dollar flood damage incident. I’m guessing that Governments will spend many millions looking for the least risky combination of flood control plans…