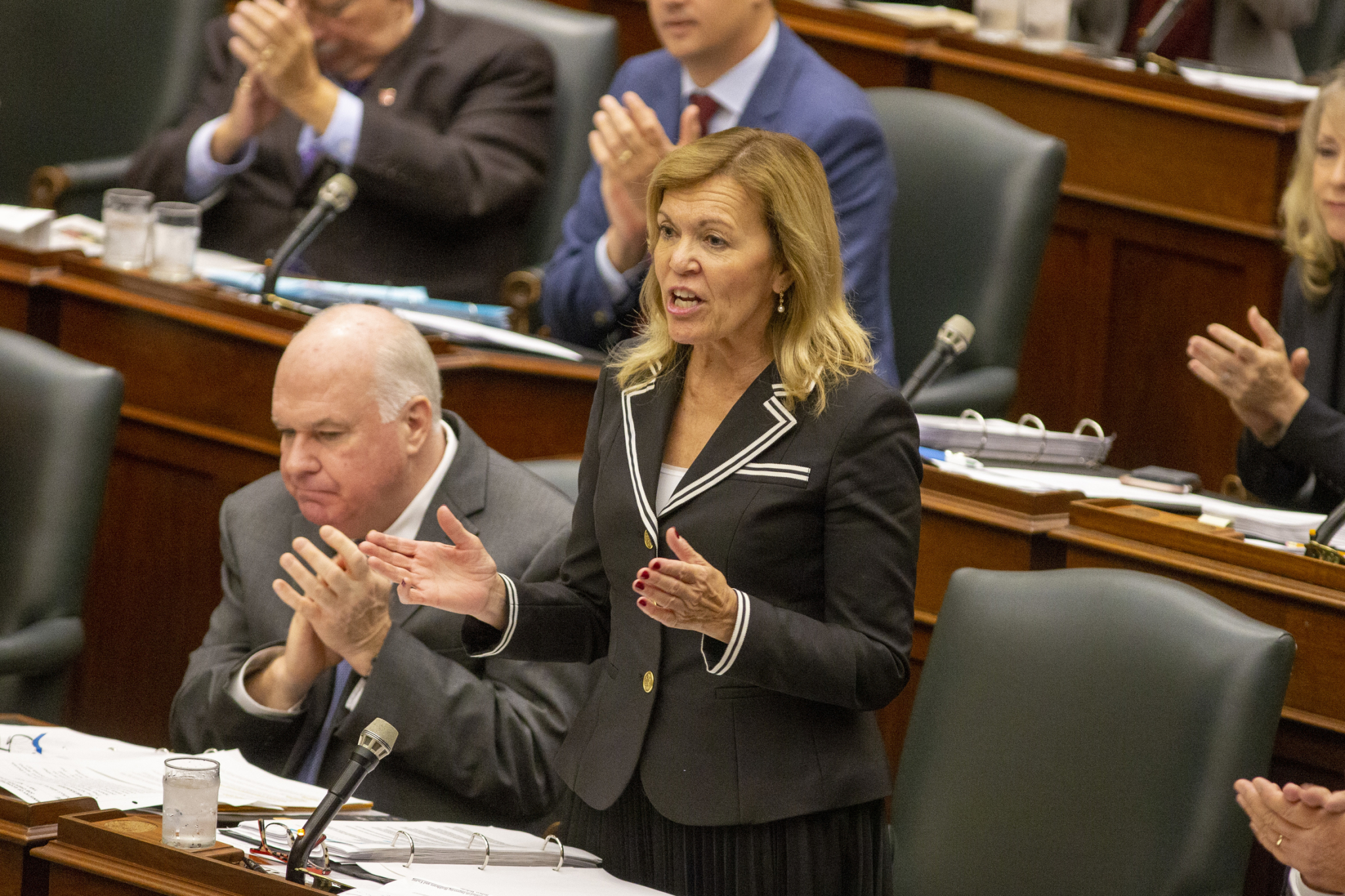 Minister of Health and Long-term Care Christine Elliott speaks to the Ontario legislature on Oct. 2, 2018. Photo by Carlos Osorio
Next story