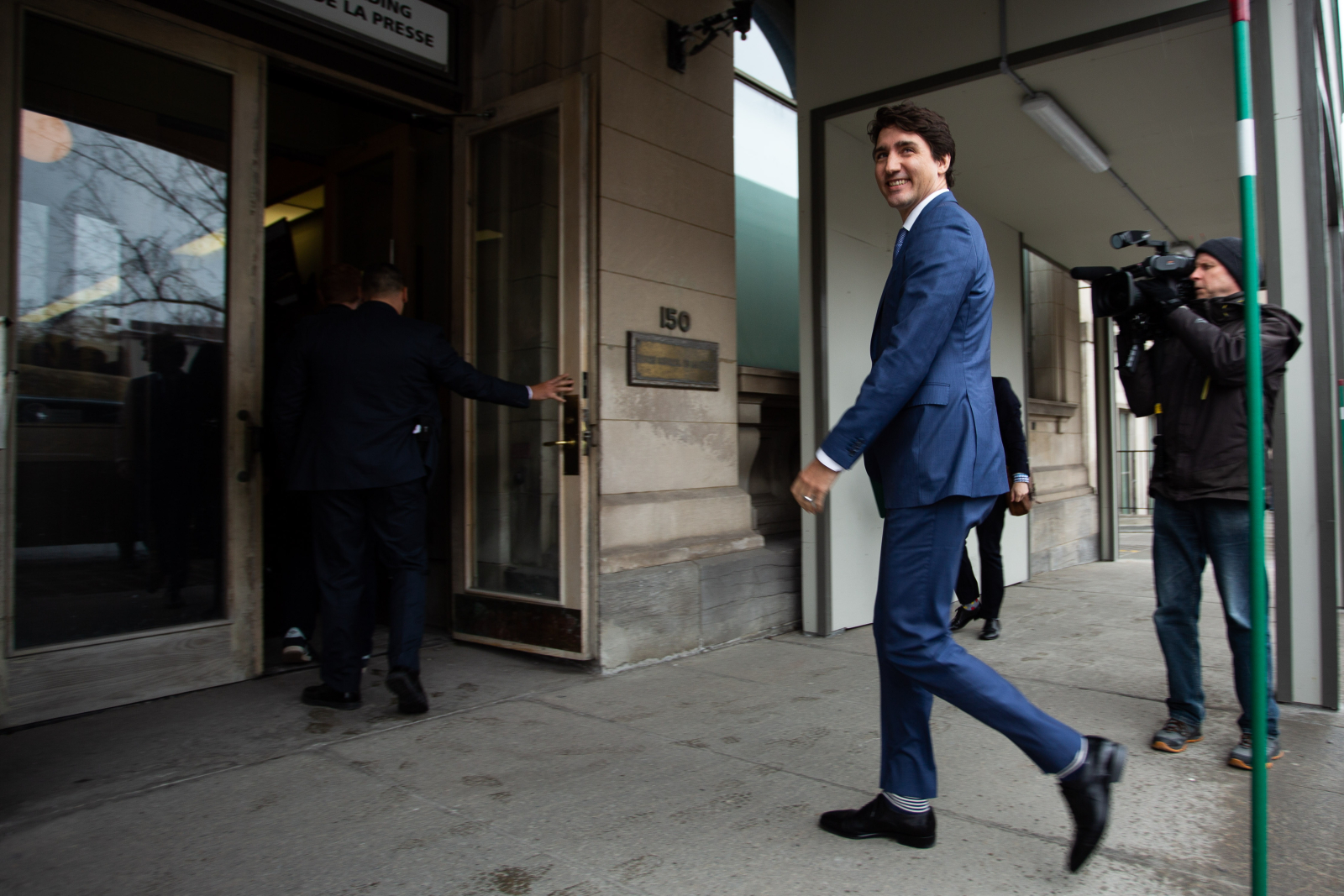 Some voters had a lot of hope for the federal Liberals back in 2015. First of all, Justin Trudeau was not Stephen Harper, a fact some people really liked. He also had a pile of platform promises that appealed to many Canadians. Confronting climate change was one of the big ones.

The Liberal platform pointed out how inept Harper’s Conservatives were on climate change and said “We will end the cycle of federal parties – of all stripes – setting arbitrary targets without a real federal/provincial/territorial plan in place.” Then Catherine McKenna hit the ground running as environment and climate change minister. There was a lot of excitement as she helped lead the successful negotiations of the Paris Agreement on climate change in December of 2015. She got all kinds of credit for pushing the aspirational goal of a maximum 1.5 C increase in global warming. It looked like the Liberals really meant it and that Canada, as they claimed, really was back.

So what happened? Well, the air was let out of the tires. They decided to go with Harper’s goal of a 30 per cent reduction in greenhouse gas emissions in Canada by 2030. They said that reduction would be a floor rather than a ceiling. Turns out it’s a ceiling. It also turns out they really don’t have a plan to implement the goal; their ‘Pan Canadian Framework’ is mostly hype and has pretty well fallen apart. And even then it didn’t actually say how Canada would meet Harper’s target. So not what was promised.

The Liberals have hung their hats on carbon taxes. But it turns out that if you can’t specify the end result you’re looking for (something that would come from an actual plan with defined actions and outcomes), then it’s hard to sell a carbon tax as the right tool.

And the provincial Conservative governments across the country are fighting carbon taxes, apparently not quite understanding why they are such a good idea. The Trudeau government’s latest way of trying to sell the carbon tax is to give money back to the people. After all, people like getting cheques, right? The government also issued a complex, difficult to understand version of the carbon tax for industry. It contains adjustments so that industries that burn a lot of carbon won’t be hit too hard because apparently that would make them uncompetitive.

Trudeau has to run on his own record this time

Effective carbon pricing makes the alternatives to fossil fuels at least as economic as the fossil fuels. While the Trudeau government can say they have priced carbon, it is not clear their confused approach will reduce the burning of any carbon. To hold the temperature down to the level agreed in Paris we actually have to stop burning fossil fuels this century, and really sooner rather than later.

So as other countries announce the end of sales of gasoline and diesel powered cars in the next decade or so, Canada has no specific plans to stop using fossil fuels, except for coal which we are mostly off anyway. Canada is already a leader in non-emitting electricity generation because of our legacy of hydro and nuclear. Still, we’re big on telling other countries to get off coal.

What the federal government is not so big on is telling other countries to stop buying our bitumen, which when processed yields a high amount of something that actually looks exactly like coal. The government also thinks it would be a really good idea if they bought liquefied natural gas (LNG) from new facilities under construction in British Columbia. That’s another source of greenhouse gas. And it isn’t clear that LNG is is much better than coal when the full carbon emissions, including fugitive methane, is looked at from wells to burner tips.

Comparing Andrew Scheer to Stephen Harper won't likely work in the upcoming election campaign. Justin Trudeau has to run on his own record this time. writes @RossBelot #Cdnpoli

Well, here we are about to go into an election, so it isn’t surprising that Trudeau has pointed out the similarities between Harper and the current Conservative opposition under leader Andrew Scheer. It’s unlikely that ploy will succeed this time. Trudeau now has to run on his own record. In terms of climate change, the record has barely changed. Trudeau has adopted Harper’s goal as his target and has not produced a real plan to meet it.

"The government also issued a

"The government also issued a complex, difficult to understand version of the carbon tax for industry. It contains adjustments so that industries that burn a lot of carbon won’t be hit too hard because apparently that would make them uncompetitive."
And this is the basic Liberal disconnect. Yes, if you're going to use a market-based approach it is going to work by making some activities uncompetitive, so those businesses go out of business and other businesses flourish instead. It's that whole Schumpeter "creative destruction" thing.
On the other hand, if for some bizarre reason you don't LIKE tons of businesses going down the drain and masses of people being thrown out of work, then you need to stop relying primarily on market-based approaches and have government act directly, creating the new things that are needed, training and employing people to do those things.

The Liberals want to be markety but they don't want the consequences of getting serious about being markety. Mainly, they don't mind the "people thrown out of work part", or wouldn't if they could still get re-elected, they mind the "their cronies lose money" part, and that still happens if you build the new economy using direct government intervention, so they can't do either thing. Basically, the big Liberal donors want the status quo and they are not going to rock that boat no matter what.

Well Mr. Belot, what do we do

Well Mr. Belot, what do we do when politicians won’t or can’t lead?

Do we finally abandon the ‘scientific reticence’ and frankly just start scaring the hell out of people? Because they should be scared as hell. I am.

The IPCC says we need to mobilize globally to fight climate change like it’s World War II. It’s truly an existential threat. Well, is it not true that healthy fear played a significant part in mobilizing against the Nazis?

It’s not without irony that the climate skeptics are actually being skeptical of the wrong thing. They should be worried that scientists don’t have the complete picture and are being far too conservative both in timelines and in impacts. It’s pure conceit to think that non-linear systems like climate will proceed on some predictable schedule when destabilized, dramatically.

It’s also ridiculous to think that the economic world will stop turning if we decarbonize it. Just like it was impossible, we were told, to stop acid rain. Until political will existed. And all those SO2 belching chimneys didn’t need to close down, they just needed to install scrubber technology.

Time for some healthy fear: a zero carbon world is infinitely better than no world at all.

We vote for alternatives. Not

We vote for alternatives. Not Conservatives, not Liberals, but parties that lack this record of corruption and failure.
We need a minority government to come out of the 2019 election, so that we can get MPs working together to produce well thought out legislation, rather than one unstoppable ruling party making cowardly decisions based on what's going to win them another false majority.
And hey, if we can swing enough consecutive minorities, we may finally get proportional representation, which has been shown to produce better outcomes in just about every way imaginable.
Vote ABCOL (Anything But Conservatives Or Liberals).