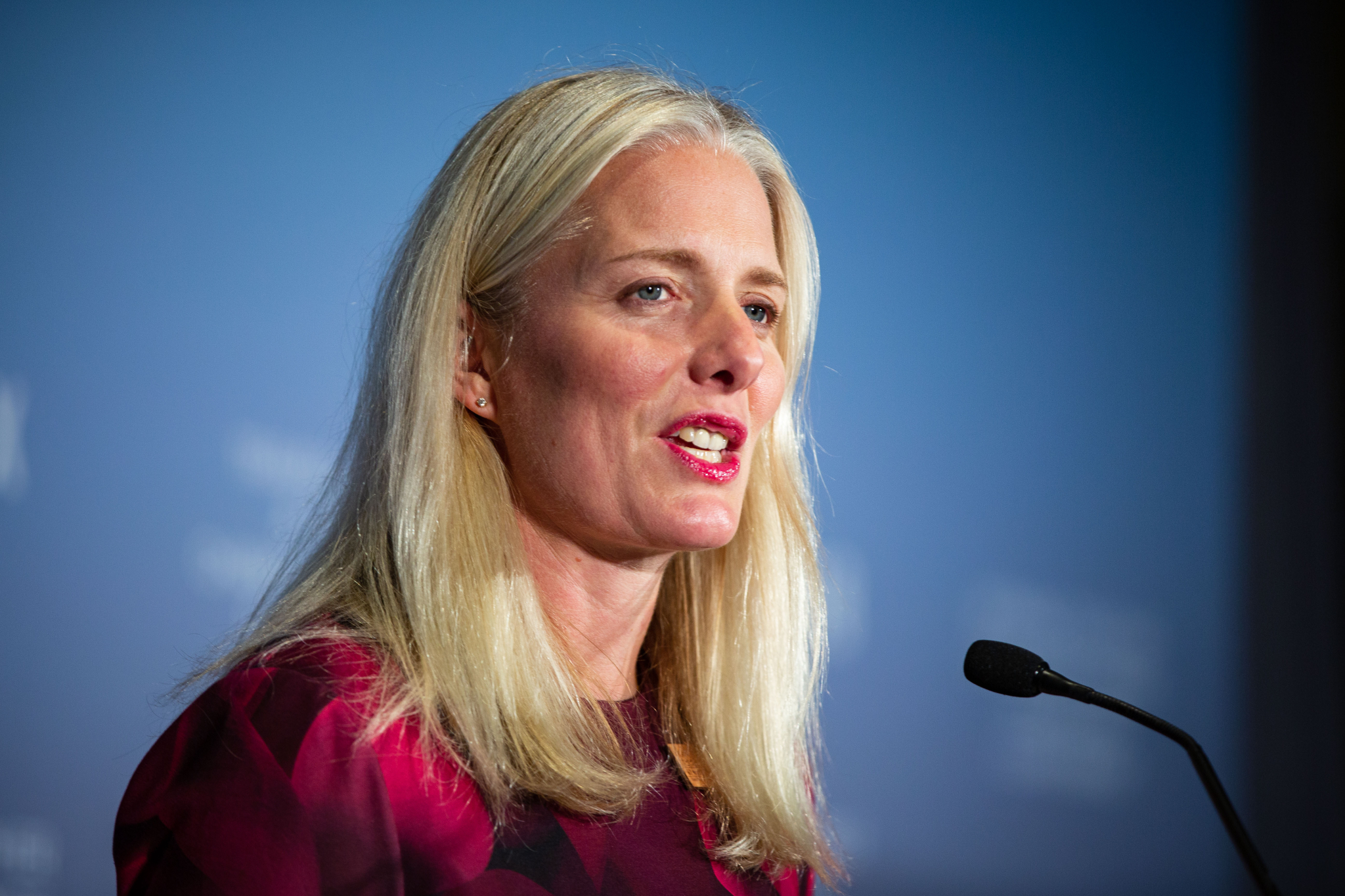 Canada wants you to help public servants identify subsidies to the oil and gas industry.

Environment and Climate Change Minister Catherine McKenna announced a new public consultation on March 29 asking all Canadians what they believe the definition of “fossil fuel subsidy” should be.

The announcement came four days before Environment Commissioner Julie Gelfand is set to update the country on how the federal government is doing in identifying those subsidies.

The consultation will focus on “non-tax” measures, which the minister said in February that the government was still trying to identify. Two years ago, the auditor general said the department “did not yet know” their extent.

The consultation, which will run until June 30, 2019, is related to the Trudeau government’s 2016 pledge to eliminate “inefficient fossil fuel subsidies” by 2025, one of the priorities in McKenna’s mandate letter.

The public can also weigh in on what it believes the definition of “inefficient” should be.

Non-tax oil and gas subsidies are things like government grants and research funding, loans at favourable rates or actions by government intervening in markets like selling resources below-market rates.

Economists say they distort the marketplace and tilt the playing field against clean technology, slowing progress in cutting the carbon pollution that leads to costly and destructive climate change.

Everyone is being invited to contribute to the new consultation, although the government is specifically encouraging members of environmental non-government organizations, industry, Indigenous communities and academia to participate.

The new consultation process, the government said, will also be used in a peer review process with Argentina that was launched in June 2018 to “ensure both countries are on track” to phase out subsidies.

Environment and Climate Change Canada had previously said “public reporting” on the subsidies issue will occur once both the non-tax departmental review and the peer review with Argentina has been finalized.

Now it appears as though the earliest date for that to happen will be Summer 2019.

"The results of the consultations will be used to inform Canada’s report as a part of the peer review with Argentina, which will be made public once the peer review is finalized," stated the press release.

Only ‘federal’ subsidies being considered

The announcement revealed some key details about how the government sees its responsibility for reporting on oil and gas subsidies.

The former Harper government first joined G20 countries in 2009 in a commitment to “rationalize and phase out over the medium term inefficient fossil fuel subsidies that encourage wasteful consumption” following a summit in Pittsburgh.

Even though that leaders’ statement refers to “national circumstances,” it appears the government is now interpreting its G20 commitment as a federal one only, and therefore excluding provincial fossil fuel subsidies.

The release also refers to “eliminating inefficient fossil fuel subsidies at the federal level by 2025.” The inclusion of the phrase “at the federal level” was not in the minister’s mandate letter nor was it in the Argentina peer review announcement.

Four subsidies get a preliminary pass

The announcement also hinted at how Ottawa's funding for natural gas refueling stations and its funding for "clean technology" in the oil and gas sector may be treated as part of a subsidies crackdown.

The press release stated that a “preliminary review” by ECCC had determined that it didn't consider four non-tax subsidies it examined to be “inefficient” and therefore subject to elimination.

One of those was “electric and alternative fuel vehicle infrastructure,” which is the government’s term for electric car chargers, natural gas and hydrogen fuel cell charging stations. Natural gas stations are set to receive $22 million as part of a six-year, $182 million undertaking.

Another was "oil and gas clean technology research." The federal government's Energy Innovation Program includes $50 million for the "development of clean oil and gas technologies."

The other non-tax subsidies identified as "efficient" in the preliminary review were support for electricity prices in Indigenous communities.

“The draft assessment framework used in the review did not find any of the four to be inefficient."

As part of the consultation process, the government also announced a “draft assessment framework.” The link to the PDF document did not function as of publication, but was fixed Monday afternoon following a National Observer inquiry.

Editor's Note: This story was updated at 3:53 p.m. ET on April 1, 2019 to include a functioning link to the draft assessment framework.

Am I crazy or what? Don't we

Am I crazy or what? Don't we hire experts and elect politicians to make these types of complicated and difficult decisions? The elimination of fossil fuel subsidies was a Liberal promise from the last federal election campaign. If you ask me, this is just one more stalling tactic to give license to the government to break another election promise ... and to again use the promise to eliminate fossil fuel subsidies as a campaign issue in the upcoming election.

I agree with comment that is why we elect politicians and hire experts to make these decisions and have the confidential data. I think we must replace Catherine McKenna with someone who has the courage to do the job without sucking up to Justin Trudeau who fires people who don't do his bidding.

What can I tell you? You have

What can I tell you? You have failed in your commitment to provide Canada with a liveable environment. 100% failure. You pay money to your employees but seek advice from citizens? Why? What can we tell you but that you have failed. You made a promise to eliminate fossil fuel subsidies before the 2015 election. And now you claim you don't know what these are, you need help? How ignorant, incompetent can you be. The votes that were given to you in the 2015 election were stolen from the NDP and Greens, and look at the results - Canada's climate is dead. Fuck Alberta, TMX, LNG, we want a healthy climate and a livable environment. We love grizzly bears, salmon, trout, caribou. But the Liberal party has again failed to solve these problems.