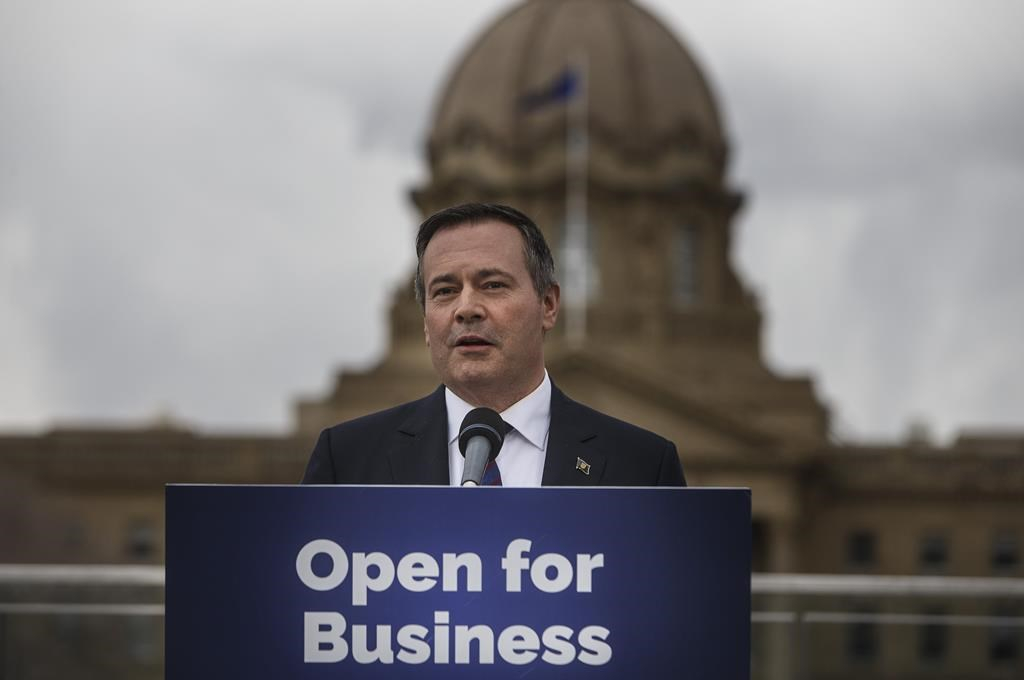 "He called to offer his congratulations. We spoke for about 15 minutes," Kenney said outside Alberta's legislature building.

"We had a respectful conversation about a number of issues, including the need to get Canadian energy to foreign markets."

Kenney said he and Trudeau will try to meet shortly after Kenney and his new United Conservative government are sworn in on April 30.

It was a much anticipated conversation, given that Kenney successfully leveraged voter dissatisfaction with Trudeau in Alberta's election, painting NDP Premier Rachel Notley as a weak enabler of federal energy policies he says are undermining its oil and gas sector.

Kenney and Notley have attacked the federal Liberals on proposed legislation, including a tanker ban on the northern B.C. coast and Bill C-69.

The Kenney-Trudeau nexus is expected to play a pivotal role as the UCP work to implement its core campaign promise to create more jobs and grow the oil and gas sector.

Kenney has promised to fight Bill C-69 in court. He will also go to court to try to stop the federal government from imposing a carbon tax on Alberta once his UCP follows through next month on its promise to repeal the Alberta-made carbon levy.

Kenney, a former federal cabinet minister under Stephen Harper, has said the mere existence of Trudeau in power threatens Alberta's economic prospects and has said he will do whatever he can to see Trudeau defeated in the fall election.

The fight is also personal. Almost a year ago, Kenney, in a newspaper interview, dismissed Trudeau as a dilettante and a lightweight.

"I know Justin. He doesn't have a clue what he’s doing. This guy is an empty trust-fund millionaire who has the political depth of a finger bowl,” Kenney said at the time.

Kenney said Wednesday that the plan, for now, is to be positive.

"We will begin with the path of diplomacy and try to find common ground," he said.

"We hope that we don't need to use more forceful measures to assert Alberta's vital economic interests."

Kenney also won the election on a promise to be more forceful with other provinces, saying that Albertans feel its neighbours are happy to share in the bounty of Alberta's oil wealth while opposing measures like pipelines to help it grow.

Kenney said he also wants to start on a positive note with Legault, but added: "We don't think it's reasonable for other provinces, like Quebec, to take our equalization money while opposing pipeline projects that can help us pay the bills."

Kenney has said that the first day of his government will see him proclaim into law a bill passed by Notley's legislature allowing Alberta to reduce oil flows to B.C. if B.C. continues to thwart the expansion of the Trans Mountain pipeline to take more Alberta oil to the West Coast.

He said he plans to recall the legislature in the third week of May.

Kenney: "We don't think it's

Kenney: "We don't think it's reasonable for other provinces, like Quebec, to take our equalization money while opposing pipeline projects that can help us pay the bills."

Kenney knows how equalization works. He's simply pandering to his ignorant base.

Nearly 70 per cent of eligible Albertans voted in provincial election