Ford cuts to drive Mowat Centre out of business 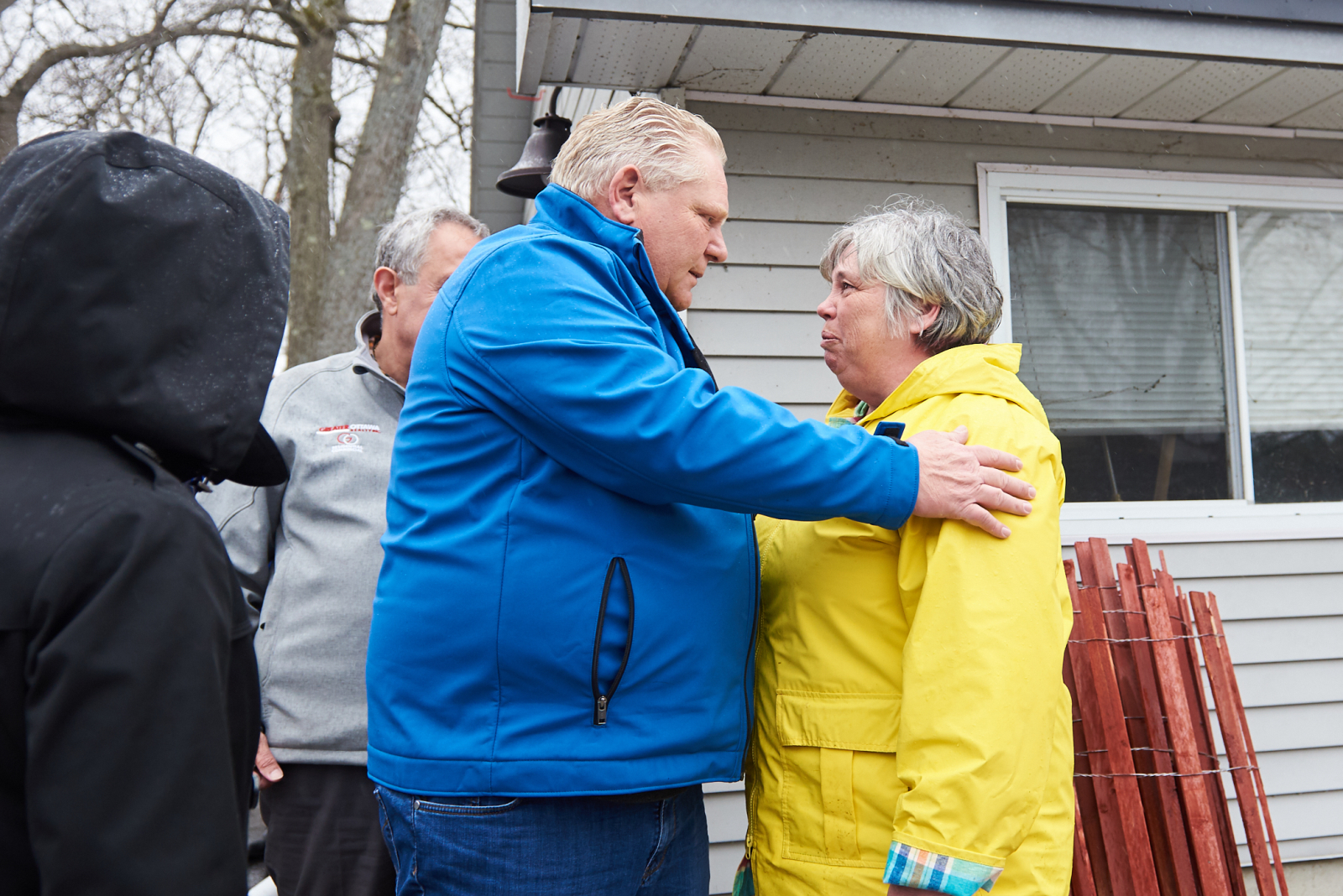 Ontario Premier Doug Ford speaks with a resident of Constance Bay in northwest Ottawa after flooding hit the area on April 26, 2019. Photo by Kamara Morozuk
Previous story
Next story

A prominent Ontario think tank that reports on immigration, Indigenous education and other key issues says it will soon be going out of business after the provincial government cut its funding.

The 10-year-old Mowat Centre, a research organization at the University of Toronto, has recently examined issues such as the “uneven success” of the province’s settlement of immigrants, the gap between Indigenous and non-Indigenous education and the differences between urban and rural Ontarians.

The Ford government found the centre useful enough to cite as a source of information in its recent provincial budget, in a section discussing manufacturing job losses in Southwestern Ontario.

Despite that citation, the government is moving ahead with cancelling funding for "all think tanks," Ontario Economic Development, Job Creation and Trade Minister Todd Smith's office confirmed.

The Mowat Centre was receiving an annual $1-million grant from the government of Ontario that helped pay the bills including $1.8 million in salaries and benefits, according to the organization's most recent year-end financial statements.

A letter published Monday from director Andrew Parkin said the centre has started the process of wrapping up its work over the next two months.

“The Mowat Centre would like to inform its many partners and supporters that, as the result of the cancellation of its funding agreement with the Government of Ontario, it will soon be closing,” Parkin wrote.

“We are currently in the process of completing our final projects, and we expect to cease operations no later than June 30, 2019. Specific Mowat Centre initiatives relating to the not-for-profit sector and education and skills will continue but will be relocated within other agencies.”

Ministers decline to explain why report was cited

The centre, located at the University of Toronto’s Munk School of Global Affairs and Public Policy, began in 2009. Parkin wrote that it has published “almost 200 reports” and many more articles over its existence.

“I am sure that it is not lost on any of us that the Mowat Centre is closing at a time when the twin challenges of transforming government and strengthening the federation are perhaps more acute than ever,” Parkin wrote in his letter.

“I sincerely hope that the work that the Mowat Centre has conducted since its inception will continue to be a useful resource for all of us working to address these issues.”

Two Ontario ministers' offices both declined to explain to National Observer why the government had used the Mowat Centre as a source of information in its budget but killed funding anyway.

Smith’s press secretary Christine Wood said the province is open to contracting with think tanks if it needs their services. “If the Ontario Government requires the services of a think tank for public policy purposes, a temporary one-time contract could be signed," she wrote in an email.

But she added “there are a number of think tanks across the province who are able to conduct independent public interest research without depending on taxpayers’ dollars. As a part of the 2019 Ontario Budget, the government cancelled funding to all think tanks."

Asked for examples of think tanks that don't depend on taxpayer dollars, Wood said "there are many, including C.D. Howe."

The national non-profit organization C.D. Howe did report $497,836 in government funding, or eight per cent of its total revenue, for the period ending in December 2017 according to the Canada Revenue Agency.

The move by Ontario to slash funding for think tanks comes after the federal Liberal government announced it was funding a new independent climate change institute — a move that provoked a negative, partisan reaction from Ford's office.

Environment and Climate Change Minister Catherine McKenna unveiled the Pan-Canadian Expert Collaboration this month, designed to hold Ottawa to account on its commitments to cut back on carbon pollution.

After the institute was announced, an official in the premier's office, David Tarrant, said its claim of being independent was "Liberal spin," instead accusing it of containing “puppets."

Ford's office could not cite any evidence to back up this claim.

Meanwhile, the new head of the institute, former Co-operators Group president and CEO Kathy Bardswick, said she was "perturbed" by Tarrant's comment, adding, “I did not join this institute and agree to initially lead it unless I was assured that this would be independent, and arms-length."

The Mowat Centre, named after Oliver Mowat, who served as the third premier of Ontario from 1872 to 1896, was established with seed funding from the former Dalton McGuinty-led Liberal government in 2009.

At the time, former premier McGuinty described it as "an exciting new think tank based in Ontario and offering an Ontario perspective."

“After 15 years of reckless Wynne Liberal spending, Ontario has the highest debt of any province or state in the world. The Government for the People is committed to balancing the budget in a responsible manner, while protecting what matters most for Ontario families like health care and education,” wrote Wood.

Editor's note: This story was updated at 5:20 p.m. ET on April 29, 2019 to include a statement from Smith's office. It was updated again at 7:55 p.m. to add additional information and comments.

Denigrating and eliminating "elite" thinkers and experts is the MO of the self preserving behaviour of the wilfully ignorant. This universal tactic of the demogogues to disparage informed and reasoned criticism is their only, ineffective, defence .in support of their naked power mongering.

The Premier and his anti-intellectual flunkies will stop at very little to bury evidence, truth and dissent

But shame on Ontario

But shame on Ontario progressives if they let it happen. Every Ontario citizen that knows what you know could spare 25 bucks...and if they all sent that in, with a Doug Ford made me do it........the think tank would not only survive...it would become citizen sponsored.

We don't have to let the fascist right destroy our democracy...we have to cleanse ourselves of their penny pinching, pound wasteful ways of living high off a dead hog. LOL....and good luck