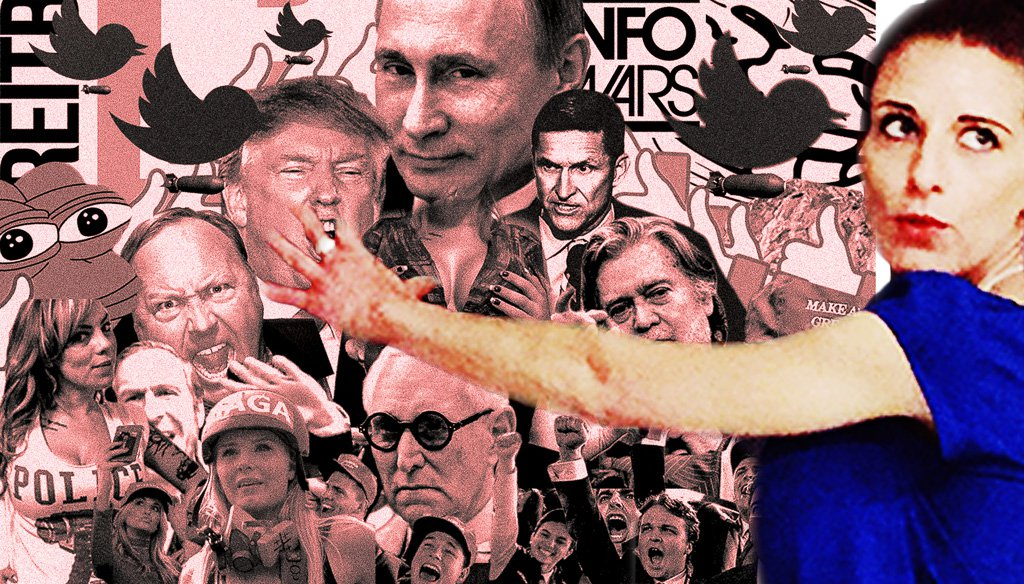 Feminist. Behavioral scientist. Journalist. Caroline Orr studies disinformation, psychological warfare, and the extremes of human behaviour and will be writing about it for you.

Orr will be joining National Observer’s team as part of the Election Integrity Reporting Project. Orr is a social scientist recognized internationally for her expertise on bots, propaganda and online information warfare.

She brings prodigious experience to the job. After a decade in academia conducting and publishing scientific research across a broad range of topics related to human behaviour and psychology, Orr turned her focus to misinformation, disinformation, and social media manipulation, which she has studied and written about for over two years as an academic researcher and as a journalist.

Some of the subject areas she has written about include the use of automated accounts to manipulate perceived norms; search engine and algorithm manipulation; memetic warfare; the use of social media for intelligence gathering and psychological profiling; the social-psychological functions of conspiracy theories; online extremism and radicalization; the weaponization of social media; the proliferation of industry propaganda masquerading as news; and the dark money groups fueling the cycle of political misinformation.

“Caroline Orr is a leader in the field of investigating disinformation and exposing who is behind it and I am thrilled she is joining us,” National Observer editor-in-chief Linda Solomon Wood said today. “For years now, she has been monitoring – and revealing – the bots, trolls and manipulative algorithms that are poisoning our online conversations. Thanks to our subscribers and to every person who has donated so far to the Election Integrity Reporting Project. You have all helped build the wherewithal to get Ms. Orr started working for National Observer's readers.”

Orr's work has been published in publications including The Independent, USA Today, Playboy, Shareblue Media, Arc Digital, Byline Times, and The American Independent. Her years of academic research experience put her in the unique position of being able to translate technical and scientific findings for wide audiences. Having conducted both qualitative and quantitative research, she brings a broad range of skills to National Observer's reporting team, including collecting and analyzing data from different sources and in a variety of formats, interpreting the results, and presenting the findings in published reports, infographics and non-traditional formats such as Twitter threads, which are her specialty.

Many of the topics that ​National Observer​ has covered extensively ​— including climate change and environmental issues, immigration, and public health — are susceptible to misinformation and disinformation campaigns, aimed at manipulating public opinion and ultimately shaping the national and international discourse surrounding these issues. Orr views it as both a responsibility and a privilege to be able to inform the public on such critical topics, and to get ahead of the curve on emerging efforts to deceive the public.

"One of the areas that will be of particular importance during election season and beyond is how information operations are evolving as social media and tech companies develop new strategies to counter the problem," she says. "For example, tech companies learned the characteristics of automated accounts (“bots”) as we know them, but there are already new iterations out there that are designed to appear more humanlike and to avoid detection.

"Another area that remains largely a dark hole in terms of public awareness is the use of PR firms by Russia and other international and domestic actors to plant stories disguised as independent news and opinion pieces in mainstream outlets, and the exploitation of loopholes to conceal the source(s) of information that make it into newspapers and other publications. Because media outlets and PR reps both have an interest in keeping that quiet, these sources are rarely disclosed and thus the information is presented as neutral and the reader is never given an opportunity to evaluate the information in context," Orr says.

As a journalist with a background in science, Orr says she has always placed a high value on transparency, accountability, and factual, evidence-based reporting, "which is one of the many reasons I value ​National Observer’​s approach to journalism."

"In terms of Russian and other foreign interference, I would frame Canada as the next in line, following successful election interference in the United States and the U.K.” says @RVAwonk

"When I first started reporting on misinformation and disinformation in the U.S., I was among a small group of people who recognized the systemic nature and gravity of the problem, which was both challenging and exciting, as it presented an opportunity to shape the future of the field. Within a relatively short amount of time, I had established myself as both a pioneer and as a reliable source of accurate reporting in this area."

"In terms of Russian and other foreign interference, I would frame Canada as the next in line, following successful election interference in the United States and the U.K.,” Orr says.

Editor's Note: We invite readers to share information and thoughts on all of these issues. You can reach Caroline Orr at @RVAwonk on twitter.

By Alykhan Pabani | Opinion | October 17th 2018
Letters to the Editor

What great news! I have

What great news! I have followed Orr for the last year or so on Twitter. She provides key insight into the increasingly negative role social media play in our environment today.

Awesome idea! I am glad I am

Awesome idea! I am glad I am subscribing.

Thank you so much for subscribing, Antonia!

Sorry for the late reply,

Sorry for the late reply, Phillip! We hear you loud and clear and have changed the headline.

Congratulations on recruitment efforts and best wishes to Caroline Orr.
I am in agreement with PhillipD regarding the word order in your above title. Not only are words important, but the order of those words are equally so. And often these are not just minor slip-ups, but it can change the message intent completely. Will look forward to the forthcoming reports.

I rarely look at any of the

I rarely look at any of the comment sections that are features of many news/gossip on-line feeds. Recently, I stumbled across a thread on, what I guess, was a Fox News allied site. The thread happened to be focused on Hillary Clinton (of course) and I was astounded by the vitriol, the fantasy and the paranoia being peddled as news or "informed" commentary. Without any particular skill in analysing on-line fraudulant content I was easily able to infer that many of the postings were from "bots", or from entities with little if any human attributes, or if, indeed of human origin, from people with very little knowledge of English, or with only the sketchiest experience of education. Koko, the Primate who learned sign language was more articulate, more humane than most of posts on this thread.

Disinformation has some "ugly

Disinformation has some "ugly sisters" which are potentially just as dangerous.

Disinformation is wrong information intentionally spread for the purpose of generating confusion and causing different groups to fight amongst themselves.

Misinformation is similar - but is not intentional and can have its origin in a variety of causes. One of these causes is lack of available resources relative what is needed to do the job properly, as in the case of Statistics Canada.

A recent episode on TV Ontario's "The Agenda" highlighted this and one of the guest speakers was Wayne Smith, former Chief Statistician of Canada. Reference: https://www.tvo.org/video/a-perilous-data-deficit A very serious example is the mainstream media reporting on unemployment which almost always focuses exclusively on the so-called “official” unemployed - who actually represent a relatively minor part of the overall problem, while others are mis-labelled and mis-described as having “given up looking for work” or “dropped out of the labour force”.

Non-information is the state of there being no public information about certain important topics because mainstream news media have been applying double standards and misguided ideas around "political correctness" in order to ignore it or else peremptorily dismiss it without giving any reason. Money and lawyers acting for vested interests wanting to cover something up must be assumed to be operating in such cases, until there is satisfactory proof to the contrary. In these cases, the facts are seen as "inconvenient" no matter how thoroughly they are documented. It's the George Orwell paradigm in which "...to sustain the lies of the present, the truths of the past must be erased..". Such is the case concerning me and SNC-Lavalin Inc. - but as explained to Linda Solomon Wood already, we can get to that later.