By Emma McIntosh | News, Politics | May 28th 2019
#7 of 83 articles from the Special Report: Democracy and Integrity Reporting Project 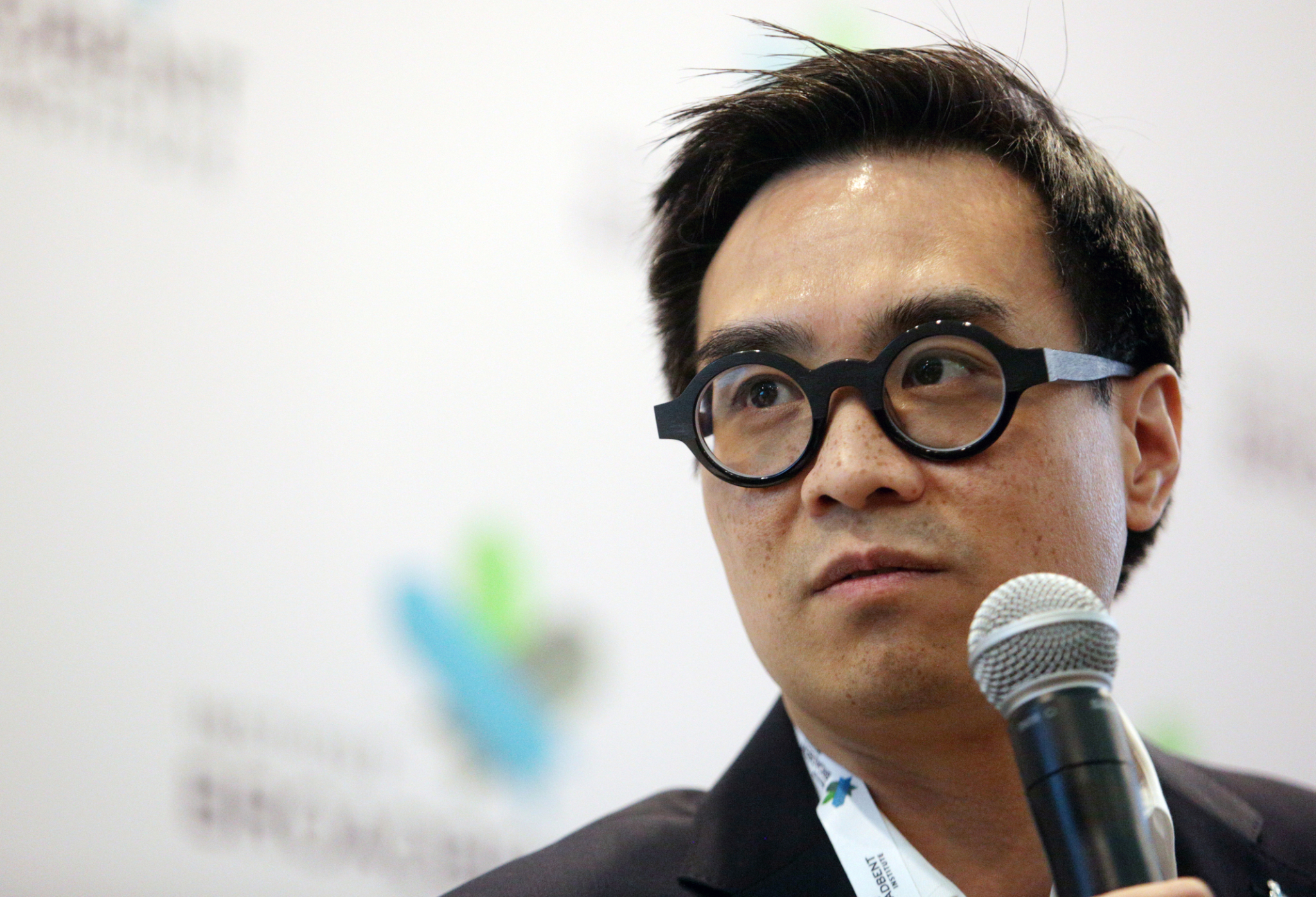 Facebook’s top executives were supposed to appear before lawmakers from 12 countries in Ottawa Tuesday, meant to take a grilling on what they’re doing to stop hate and disinformation spreading on their online platforms.

But instead of founder Mark Zuckerberg and chief operating officer Sheryl Sandberg, a roomful of frustrated legislators — many of whom had flown across the world to be there — found themselves face-to-face with two representatives sent in their stead, defying a subpoena sent earlier this month.

“I am sick to death of sitting through hours of platitudes from Facebook and avoidance tactics about answering questions,” said member of the British parliament Jo Stevens, noting that Zuckerberg has also refused to appear before her country’s parliament.

“We can only conclude he’s frightened of scrutiny,” she added. “I want the boss here to take responsibility.”

Kevin Chan and Neil Potts, both global policy advisors for Facebook, were grilled for three hours by the lawmakers assembled in Ottawa for the second of three days of meetings of the International Grand Committee on Big Data, Privacy and Democracy. The committee included representatives from Canada, Singapore, Ireland, the United Kingdom, Germany, Chile, Estonia, Mexico, Morocco, Ecuador, Costa Rica and Saint Lucia.

A second summons and heated questions

In response to the ignored subpoena, the Canadian members of the committee voted across party lines to deliver an unprecedented second summons to Zuckerberg and Sandberg. If either visits Canada, they’ll be served with an immediate order to testify before the privacy and ethics committee even if the House of Commons isn’t sitting.

“As far as I know, we were not even informed that he wasn’t showing up,” said NDP MP Charlie Angus. “I’ve never seen a situation where a corporate head ignores a legal summons.”

"(Zuckerberg and Sandberg) unfortunately had to send their regrets," said Chan, adding that he believed the Facebook heads were too busy to come.

Throughout the rapid-fire hearing, lawmakers expressed anger at Zuckerberg and Sandberg’s refusal to comply with the subpoena. Chan and Potts responded saying they had a mandate from Zuckerberg to deliver answers and insisted the heads of Facebook do care about working with governments.

However, their assurances didn’t do much to ease the legislators’ frustration.

“If (Zuckerberg) was an honest individual, he would be sitting in that chair today,” said Liberal MP Nathaniel Erskine-Smith.

Representatives for Twitter and Google also took some heat from the committee, but the majority of the hearing focused on Facebook. The rapid-fire questioning primarily revolved around the company’s response to the Christchurch mosque shootings, which were livestreamed on the platform, and the 2018 Cambridge Analytica scandal, in which a political consultant harvested data from millions of Facebook profiles without consent.

At one point, U.K. MP Damian Collins asked why Facebook was refusing to take down doctored videos of Nancy Pelosi, speaker of the US House of Representatives. YouTube pulled down the footage, which has been slowed down to make Pelosi appear intoxicated, but Facebook left it up with a fact-checking note attached.

Potts said leaving it up allows users to make their own decisions and spread the news that the video is fake. “People understand that this video is fake,” Potts added, later confirming that edited videos of Canadian politicians will be treated the same way in the October federal election.

“It would get the same treatment” if the video were of Zuckerberg, Potts said later.

Several times, the legislators accused Chan and Potts of sidestepping their questions.

“I have not had a straight answer from your company. ” said U.K. MP Ian Lucas. "We want basic honesty."

Tong: Let me suggest to you that you don't remove this content because extremism drives users to your platform.

Potts: "I reject that premise full-heartedly." FB takes down content that they know is inciting violence.

Tong: that didn't happen. How do you know your system works?

Angus also had a heated exchange with the pair after he said Facebook was refusing to comply with Canadian privacy laws, referencing a finding made by the federal and B.C. privacy commissioners earlier this year.

“We actually do go over and above the law,” Chan fired back.

“How can you say that to us with a straight face?” Angus responded.

Earlier Tuesday morning, the grand committee heard from three social media experts who warned governments they must be willing to shut down misbehaving social media companies, even temporarily, to force change.

“The platforms have left you no choice,” said venture capitalist Roger McNamee, an early advisor to Facebook. “The time has come to call their bluff.”

The experts also told the committee about the consequences if they don’t act: online disinformation has already been linked to violence in Sri Lanka and the Philippines, among other countries.

Left unchecked, the technology threatens our democracy, said Jim Balsillie, the head of Centre for International Governance Innovation and a former CEO of the company that created BlackBerry.

“Data is not the new oil, it’s the new plutonium,” he said.

“Amazingly powerful, dangerous when it spreads, difficult to clean up and with serious consequences when improperly used.”

The meeting of the international grand committee will continue Wednesday morning.

Facebook has been incredibly detrimental to society- it it allows the spread misinformation and outright lies, it allows people to spew hate and bigotry, and is also turning millions of users into virtual zombies- sleepwalking through life with their eyes glued to the latest meme. It's time to shut it down. We will all be better for it.

Hey Minice, you're definitely not alone in that feeling -- heard that a lot yesterday at the grand committee. Thank you for reading!

I want the Canadian

I want the Canadian government to shut down Facebook. There has been an increase in stalker/predator adds. When I tried to stop those adds, Facebook removed my previous posts and I could no longer see them. The fact that Facebook refuses to remove the slowed down Pelosi post is unacceptable. Facebook is being unethical and do not appear to want to change. Yes, shut them down until they decide to become ethical or permanently.

Hey Arlene, that sounds really frustrating! What do you mean by stalker/predator ads?

I do not want the Canadian

I do not want the Canadian gov't to shut down FB. I want them to fine the shit out of FB !