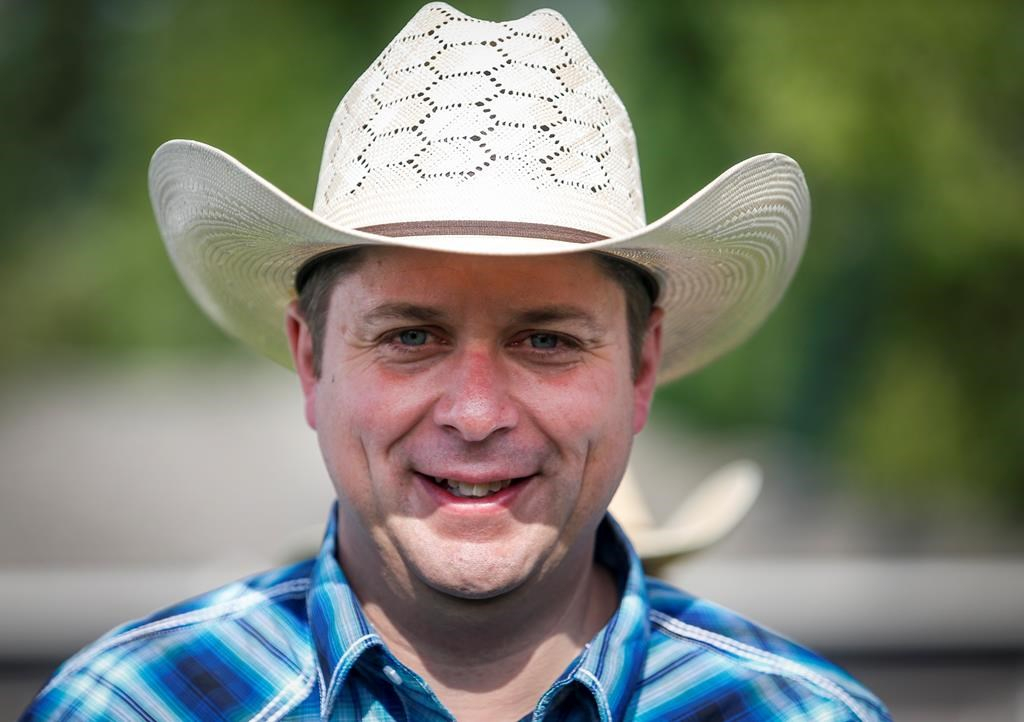 Conservative Leader Andrew Scheer is promising to scrap new standards that will force cleaner-burning fuels, in addition to eliminating the federal price on carbon if his party wins the fall federal election.

In a letter to Prime Minister Justin Trudeau on Monday, Scheer surmises the new standards could increase the cost of gas by at least four cents a litre over and above the government's carbon tax.

Scheer's letter brands the new fuel standards as a "secret fuel tax" and calls for Trudeau to scrap the regulations.

"While you have never had to worry about paying more at the pump, for some families living paycheque to paycheque, an extra $100 a month matters," Scheer wrote in his letter to Trudeau.

The clean fuel standard is meant to reduce overall emissions by 30 million tonnes a year, a portion of the nearly 200 million tonnes Canada has to erase to meet its commitment under the Paris climate change accord.

A draft of the regulations isn't expected until 2020. The details would then be finalized in 2021, and the rules would won't come into effect until 2022.

"I can assure you that this October, a new Conservative government under my leadership will scrap your carbon tax and your secret fuel tax, leave more money in Canadians’ pockets and let them get ahead," Scheer pledged in his letter.

Liberal MP Sean Fraser, the parliamentary secretary to the minister of the environment, said Scheer's comments show he wants to do less to tackle climate change while the science says more needs to be done.

"Doing less will cost Canadians, who are already feeling the impacts in extreme weather events like floods and fires, and health risks like Lyme disease and asthma," Fraser said in a statement.

Environment Minister Catherine McKenna took aim at Scheer's pledge on Twitter, calling his position "another glaring example" of Scheer "wanting to do less and less for the environment." The clean-fuel standards, she tweeted, would "complement carbon pricing by spurring investment" in low-carbon fuels and technology.

In June, the government set a 2030 goal of cutting emissions from one litre of gasoline or diesel by 10 to 12 per cent through the fuel standards. Much of that drop would be accomplished by mixing cleaner fuels like ethanol and biodiesel into traditional gasoline to lower the amount of carbon dioxide and other greenhouse gases produced when fuel is burned.

The Conservatives' climate action strategy says the party would focus more on voluntary investments in renewable fuels to reduce emissions.

In April, the Canadian Chamber of Commerce said that a federal carbon price and a clean-fuels standard amounted to "double-dipping" by charging businesses twice for every tonne of emissions. The chamber estimated that by 2025, the clean-fuel standard would add 1.5 cents to the price of a litre of gasoline and 3.7 cents to a litre of diesel.

In a cost-benefit analysis released by Environment Canada in February, the department acknowledged the costs of implementing the standard "would likely be passed" on to consumers, households and industrial users. But the analysis did not suggest what that cost would be.

But I thought Andy liked

But I thought Andy liked secret taxes like Brad's Carbon Capture Tax that is at $1.5 billion and counting

Scheer is running with

Scheer is running with inflated figures on the Carbon Tax, unreal numbers! He does not consider refunds given out, he does not consider investment into rapid transit, solar panels, wind farms and retail pricing' dropping the cost to affordable for household upgrades.

The plan or lack of it that Scheer has put forward cannot be audited.
Most of all, he fails to mention the Carbon Tax is working!

We all know how emissions are

We all know how emissions are causing serious climate change as well as damaging to our health. Here we have a want to be prime minister who is going to exacerbate that whole scenario. Where is the intelligence!!

By The Canadian Press in News, Politics | May 24th 2019
Race Against Climate Change