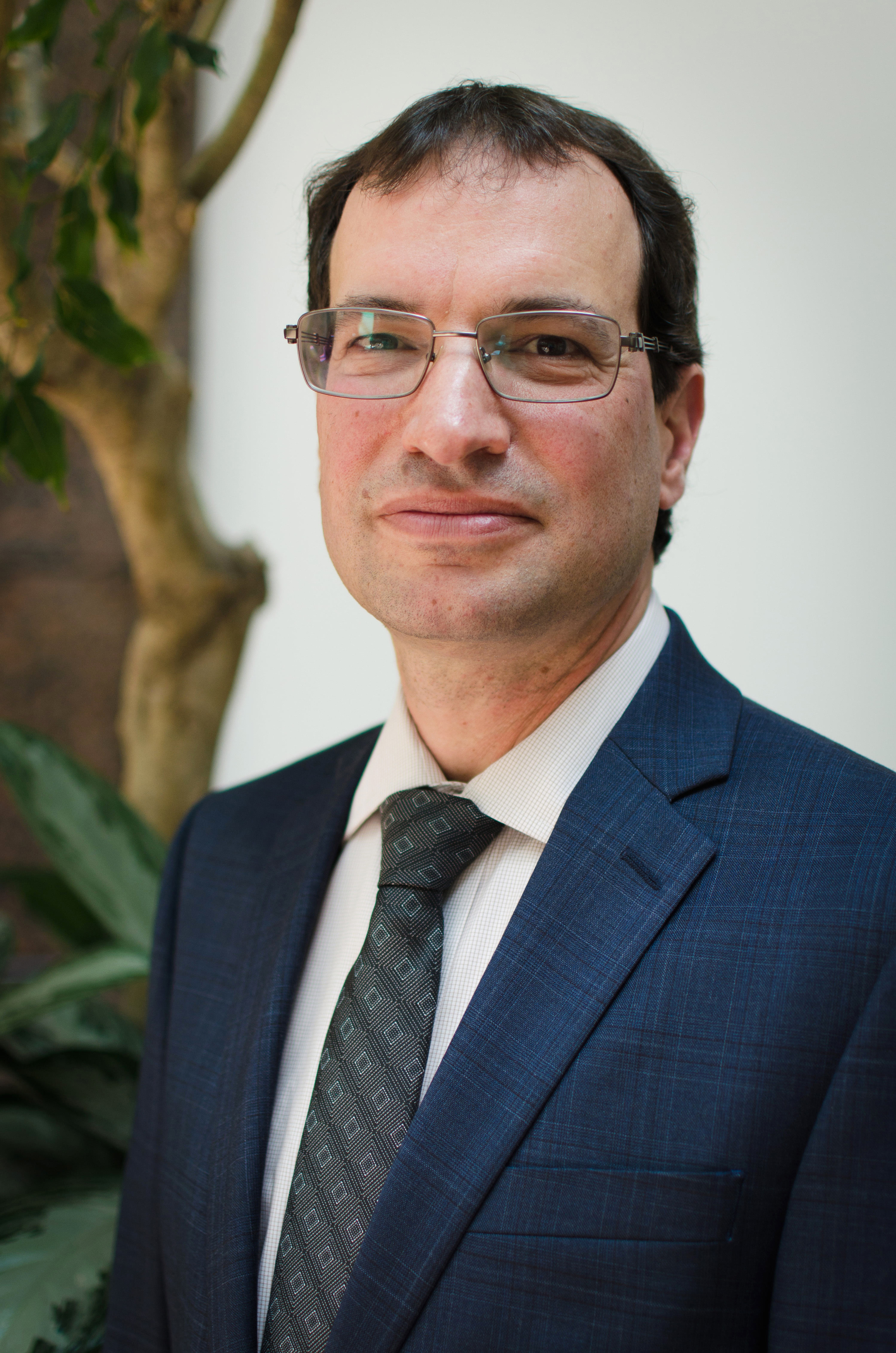 An image of Jerry Demarco, Ontario's newly-appointed commissioner of environment in the auditor general's office. Supplied
Previous story
Next story

Ontario's auditor general has named environmental policy and law expert Jerry DeMarco commissioner of the environment within her office, which absorbed the province's independent environmental watchdog’s office after the Doug Ford government shuttered it.

Environmentalists are applauding the appointment, noting that DeMarco brings a wealth of knowledge and experience that could serve him well, depending on how the environment office in the auditor general's office is allowed to function.

DeMarco has served as the longtime executive chair for the Environmental and Land Tribunal and as associate chair for the Conservation Review Board and Environmental Review Tribunal — an independent and impartial body that makes decisions on environmental permits and assessments, and was recently recognized by the United Nations Environment Programme for its best practices.

"It's a fantastic choice," said Tim Gray, executive director of Environmental Defence, who has known DeMarco for some 25 years. "I'm really happy he's filling that role. I think everyone is interested in seeing the degree of independence and effectiveness the office will have now ... but having (DeMarco) there would bode well for the office."

"It shows that they are filling the position vacated by Dianne Saxe (former environmental commissioner) seriously," Gray added.

Elaine MacDonald, program director of Ecojustice's environmental health team, said DeMarco was a great choice because he had a strong background working within environmental organizations, with a focus on conservation and species. "It shows he can be an unbiased adjudicator and is up for the job now that it's not the independent position it was," she said.

Saxe told National Observer that DeMarco was the runner-up for her job in 2015, and has always been interested in the role, offering also to be her successor.

DeMarco was previously the managing lawyer of the Sierra Legal Defence Fund (now known as Ecojustice) — Canada’s largest environmental non-profit law organization — where he helped set some vital environmental law precedents before the Supreme Court of Canada. In one such case, he argued successfully that governments can sue polluters in court and seek compensation for damage from negligence ranging from oil spills and poisoned air to forest fires.

"This is a major environmental law precedent in Canada on an issue — compensation for environmental harm to public assets — never before tackled by the Supreme Court," Jerry DeMarco told The Globe and Mail in June 2004, after the Supreme Court ruled in favour of the province of British Columbia to seek damages from Canadian Forest Products for contributing to a 1992 forest fire that burned 1,491 hectares, harming trees, fish and a drinking-water source.

"The court specifically recognized the inherent value of forests and recognized that trees are much more than timber waiting to be cut," DeMarco said at the time. "This case will have repercussions well beyond forestry law to air pollution, water contamination, oil spills and the like — indeed any case where a natural asset or resource is held in common for the benefit of everyone and is harmed by corporate negligence."

Exceptional choice for Commissioner of the Environment by @OntarioAuditor who has announced it will be Jerry DeMarco https://t.co/J8ZlmV8Sgo

DeMarco has also written numerous articles on a range of environmental protection issues. He is the co-author of Environmental Boards and Tribunals in Canada: A Practical Guide, Second Edition. He is a lawyer and planner with five university degrees, and was the first recipient of the City of Toronto's award for environmental leadership.

In an September 2002 column in The Globe and Mail, DeMarco argued that the government of Ontario needed to take stronger action against toxic air pollution, identifying the government as a "free rider."

While the province is relatively powerless in preventing pollution drifting in from the U.S. Midwest, it does have direct control over our power plants, including the Nanticoke station on Lake Erie — one of the largest and filthiest coal-fired power plants on the continent.

But instead of cleaning up the keystone piece of the puzzle that it is Ontario's air, the province tries to make air pollution look as if it is only an international problem or tries to divert attention to the individual citizen.

The government did not hesitate in requiring drivers to adhere to the Drive Clean program, but such individual efforts will only meaningfully contribute to the greater good if the province deals with its own out-of-date coal-guzzling power plants. To deal with our chronically ill winds, we need everyone to do their part. It is time for our elected provincial leaders to come out of their collective slumber and help clean up our toxic air - Jerry DeMarco, The Globe and Mail, April 2018

Those who know DeMarco say that he is an avid bird watcher, and that he has never had a decision appealed at court.

'An excellent addition to our team'

In a statement, Ontario Auditor General Bonnie Lysyk said Demarco will be "an excellent addition to our team."

DeMarco was appointed Monday and will start his new role on Aug.1. He will serve as one of four assistant auditor generals in the office, specifically responsible for the duties of the commissioner of environment.

Jeff Yurek, Ontario's new environment minister, said in a statement that he was looking forward to working with DeMarco and Lysyk "as we continue to ensure Ontario has both a healthy environment and a healthy economy for generations to come.”

In an interview, Lysyk said her office hired a recruitment firm that conducted a Canada-wide search for the right candidate. The short-list was narrowed to 17 people, including DeMarco.
A panel of experts interviewed and selected the preferred candidates on that list. The panel was made up of Environment Commissioner of Canada Julie Gelfand, Quebec's Sustainable Development Commissioner Paul Lanoie, former auditor general from Saskatchewan Wayne Strelioffand, the former clerk of the Ontario Assembly Deb Deller, as well as Lysyk and a human resources manager.

Lysyk has previously cited the environmental commissioner's offices in the federal government and in Quebec. Both are folded into their respective auditor generals' offices.

Lysyk said DeMarco's role in the environmental tribunal meant that he would "fit nicely into our office." At the tribunal, he had to make independent judgments based on views presented to him, and that independence was a quality of her non-partisan office.

DeMarco has also met with the environment team and the other assistant auditor generals, Lysyk said.

"He adds credibility to the file," she said, adding that as commissioner DeMarco will lead audits with the office's newly formed environment team, which will be focused on "holding the government accountable for its responsibilities under the Environmental Bill of Rights and for provincial programs intended to protect the environment."

The topics for the environmental audits will be chosen collectively among senior management, of which DeMarco will now be a part.

“I’m excited to join the Auditor General and her team in this new role,” DeMarco said in a statement. “I have great respect for the work this Office has done to date to improve environmental programs in Ontario, and I look forward to working with a strong team continuing the great work that informs the Legislature and promotes improvements.”

Editor's Note: This story was edited on July 10, 2019 at 11:48 a.m. EST to correct the date of publication of Jerry DeMarco's column in The Globe and Mail, and again at 3:45 p.m. to include a statement from Ontario's environment minister.

Hi Peter, Thanks for your

Hi Peter, Thanks for your comment. Apologies for that, but we've now put a link in the story and corrected the date of publication of that column. Thanks for reading!

As always, the devil is in the details and all the hidden currents and eddies that swirl around issues like these where the power mongers are in direct opposition to the bodies/agencies they set up to mask their continued malfeasance. The new commissioner, his office and his boss have an enormous gap to fill before the people of Ontario will trust anything that comes from them. More than likely the current crop of politicians will thwart them, time and time again, as their ilk have done since humanity first tried to live in regulated society.