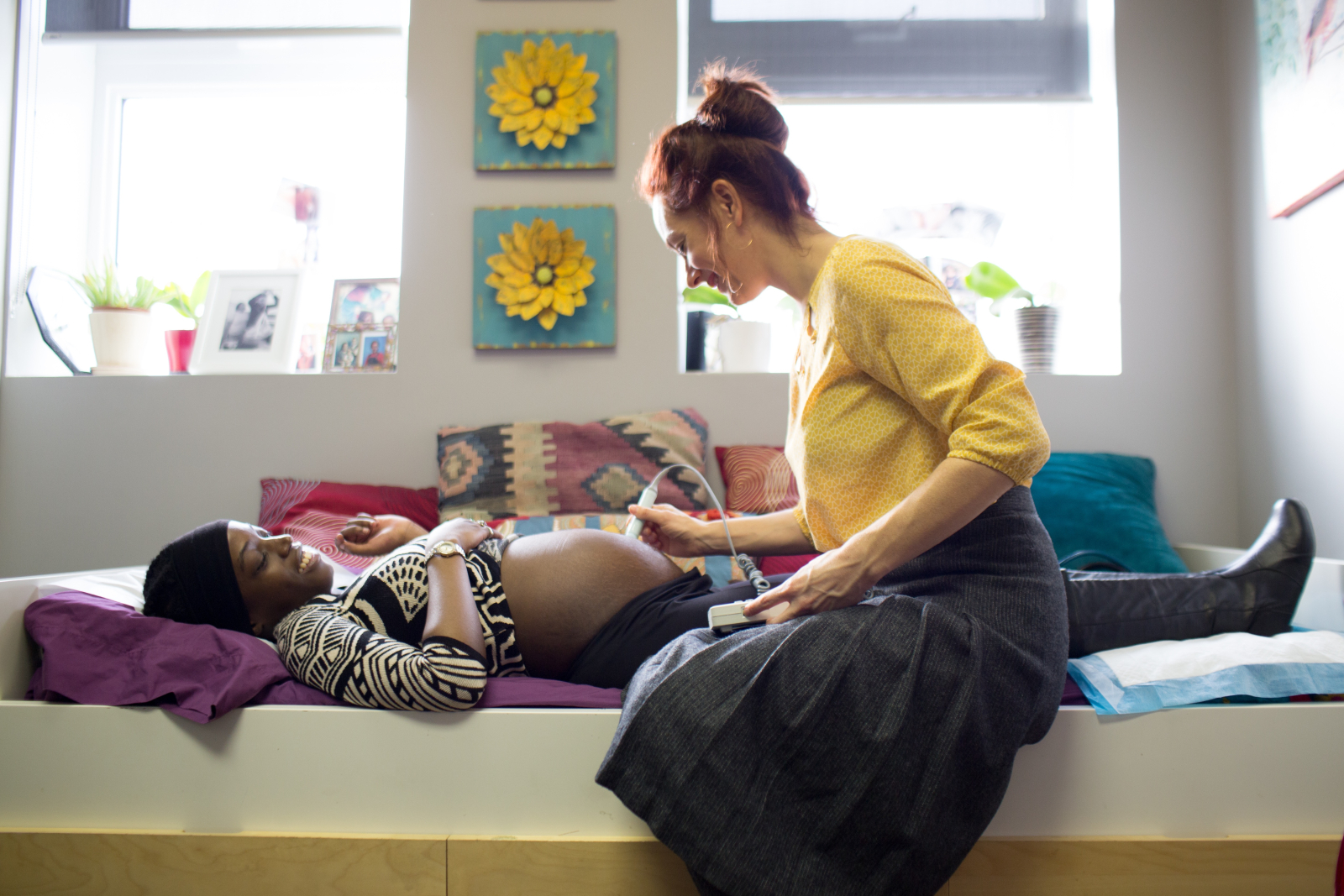 The Doug Ford government is challenging a landmark pay equity victory for Ontario midwives, saying the ruling "unreasonably" holds that the province discriminated against the profession on the basis of sex.

Midwives have long been fighting for equal pay, arguing they do the same job as physicians who deliver babies, but get a third less in compensation.

Their battle eventually led to a groundbreaking September 2018 Human Rights Tribunal of Ontario decision that found from 2005 to 2013, there is "sufficient evidence" to support a claim that Ontario's health ministry had discriminated on the basis of gender in setting compensation.

The decision told the Ford government to negotiate with midwives to end the pay equity gap. To date, the Ford Tories have refused.

National Observer has now learned the government filed a Notice of Application on March 11, asking the tribunal for "a quashing" or stay of the decision, arguing it "unreasonably found that sex was a factor in 'the compensation gap that has developed between midwives and (community health centre) physicians since 2005' even though there was no direct evidence that sex was a factor in the differences in compensation between these two occupations."

Midwifery requires a four-year bachelor of health sciences degree to start, where students are trained in reproductive science, physiology and women’s health. In 2017, Ontario midwives supported 24,066 births, or 16 per cent of all births in the province.

Midwives continue to deliver 15 per cent of babies born in Ontario, care for 12 to 14 per cent of pregnant women and are turning away clients because they can’t meet the demand, according to the Association of Ontario Midwives (AOM), which plays an advocacy and support role for almost 1,000 midwives across the province, all of whom are female at present. (At least 40 per cent of people who wish to have a midwife go without, for lack of supply.)

"We're disappointed, and I would say frustrated," AOM president Elizabeth Brandeis said in an interview. "While we hear from this government how much they value midwifery, they haven't taken any steps to value midwifery as well.

"We think that a better use of government resources would be to implement the decision from the Human Rights Tribunal and uphold the human rights of midwives rather than spending public resources on challenging the decision.”

Difference in pay ‘due to numerous other factors’

In December 2018, National Observer was first to report the Ford government cut funding to the Ontario College of Midwives, the profession's regulatory college, which resulted in higher professional fees to make up for the shortfall.

This week, the provincial government earmarked $28 million to expand midwifery services, including support for up to 90 new graduates entering the field (even though this year, there are an "unprecedented" 100-plus graduates in the profession, Brandeis said), increased access to culturally appropriate Indigenous programs and assistance for clinics to update their technology.

In a statement to National Observer, Brent Gray, a spokesman for the Ministry of the Attorney General, said the government "values the contributions made by the province’s midwives to the health care system" as evidenced by its latest investment.

"Ontario’s position continues to be that the difference in pay between doctors and midwives is not because of sex, but rather due to numerous other factors including their different level of training and education, as well as their different roles, responsibilities and scope of practice," Gray said in an email.

He added that "as this matter is subject to further litigation, it would be inappropriate to comment further."

"While we're very happy that programs and services to midwifery will continue and that Ontarians who want midwifery will have a better chance of accessing that care, we're also very concerned that we're growing a profession of undervalued workers," Brandeis said. "Frontline midwives really need to have recognition of their skills, effort, responsibility and working conditions with non-discriminatory pay."

The AOM filed its complaint to the tribunal in 2013 in an effort to redress gender-based pay discrimination dating back to 1994, shortly after midwifery became a formally regulated part of Ontario’s public health system.

At the time of its creation, the AOM and the Ministry of Health reached an initial contract that was “gender-sensitive and inclusive.” At the time, the government used a pay equity analysis to set midwives’ rate of pay at 65 per cent of a community health care physician’s salary.

Lawyers representing the AOM argued the profession has been chronically undervalued due to it being “a gender trifecta of services provided by women, for women, in relation to women’s reproductive health.”

"We have a long history of failed negotiations with government and an unwillingness by government to actually look at an evidence-based model for providing compensation to midwives," Brandeis said. "That gender trifecta really has made a difference in terms of how we've been undervalued in the system."

The AOM noted in its application that while “male-dominated” community health care physicians’ salaries had increased by 76 per cent since 1993, midwives’ pay increased by only 33 per cent

In the ruling, tribunal vice-chair Leslie Reaume called the AOM's characterization of the profession “very apt" and found 2005 was the last time the government applied a gender equity lens to midwives’ pay increases.

But the government's application notes the tribunal itself found community health care physicians "have been more than 50 (per cent) female since at least 2001," and "by 2004, CHC physicians were predominately female."

The government says the tribunal ignored this evidence, as well as other expert findings that showed there was "considerable evidence" showing the difference between the work, training and education of physicians and that of midwives.

The province notes the work of physicians "goes far beyond the provision of obstetrical care to women with normal pregnancies," and it would be unreasonable to suggest "midwives and family physicians perform work of equal or comparable value."

Ontario's physicians have received salary reductions or freezes since 2012, the province argues, while "the compensation of midwives has never been reduced."

The AOM's three-year contract with the government expires March 30, 2020. Brandeis hopes to have "a fruitful negotiation for our next contract," which begins in the fall.

Those negotiations will occur as the judicial review of the decision gets set to be heard by the Divisional Court in January 2020. The government has to file further details about their position by Nov. 8, 2019, a month after Canadians vote in the federal election.

Historically, Economically women are always last in line. Even in "advanced" societies the average worth gap between men and women seems stuck around (at best) 70% of what a man is worth. In the less "advanced" cultures, the gap is much wider and women's worth approaches the vanishing point.

I've nothing against evidence based science - but evidence is squishy ground on which to base all calculations of "worth".