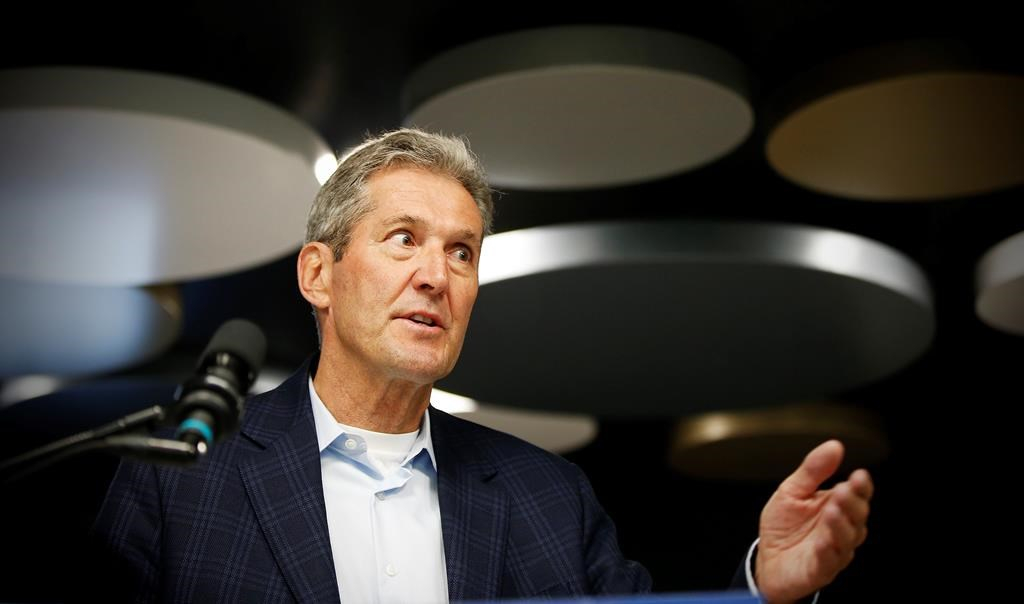 Manitoba Progressive Conservative Leader and Premier Brian Pallister speaks during a press conference at a medical clinic in Winnipeg, on Monday, Aug. 26, 2019. Photo by The Canadian Press/John Woods
Previous story
Next story

Party leader Brian Pallister says a win by the Progressive Conservatives in the Manitoba election on Sept. 10 would lead to cleaner fuel to reduce emissions.

Pallister says he would increase the biodiesel mandate — the minimum percentage of biofuels in diesel —- to five per cent from two.

For gasoline, the minimum percentage of ethanol would rise to 10 per cent from 8.5.

The Tories say the requirements would be the highest in Canada and would be the equivalent of taking 75,000 cars off the road.

Pallister says unlike his opponents, he will not impose a carbon tax on Manitobans.

The Tories are also promising to add $50 million to an existing trust fund that helps landowners preserve wetlands and other natural areas on farms.

If anyone believes current

If anyone believes current conservative promises to lower emissions, I have a broken down old gas guzzler you might be interested in. Silver bullets and light bulb changing pseudo solutions should be laughted off stage...at this stage.