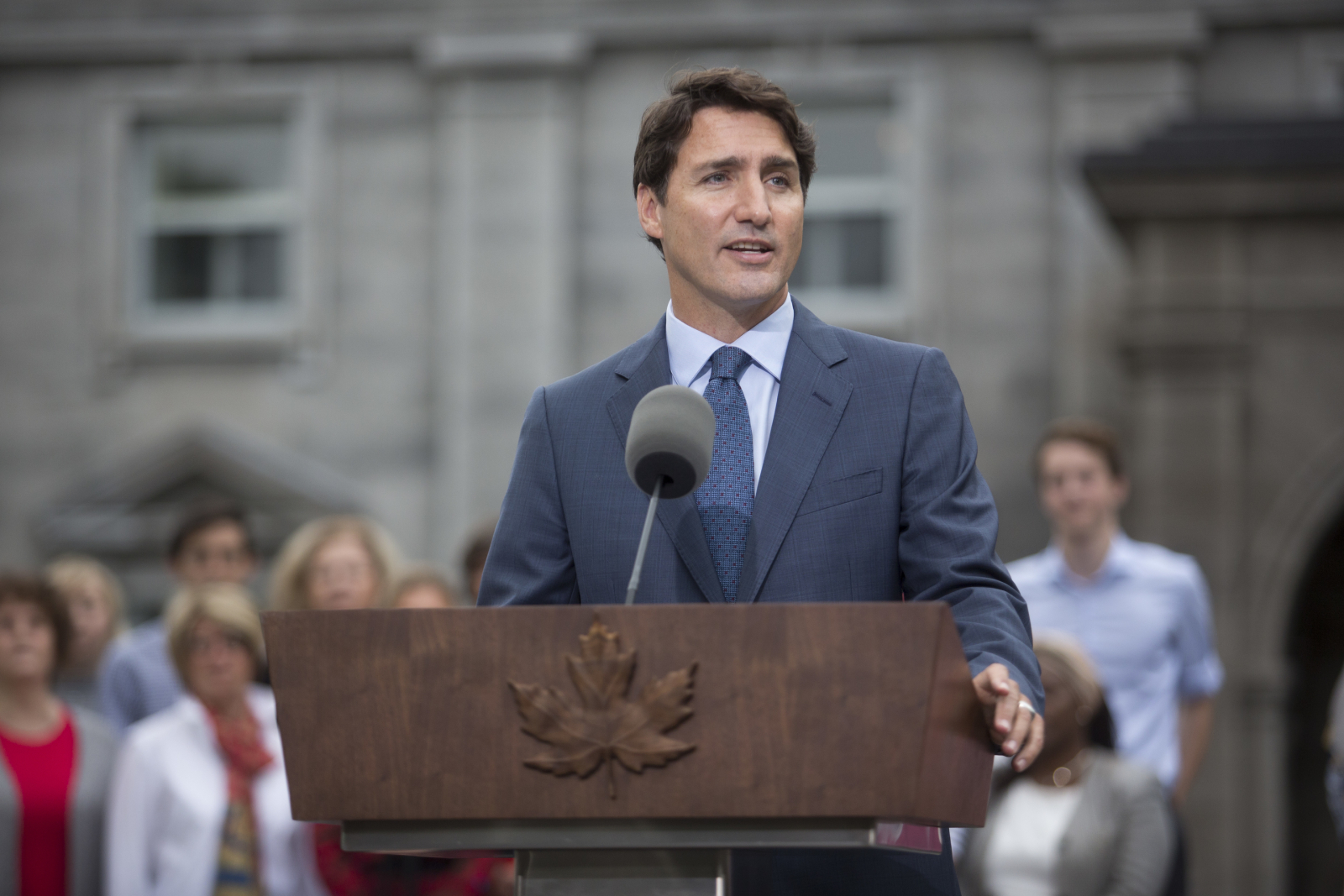 When the permafrost in the North is melting, when the Amazon is burning, when rivers are drying up and coasts are flooding, there can be no doubt: we are facing a climate crisis.

Not a challenge or a risk. A crisis. And if we don’t act right now, it will be too late.

That’s not a comfortable reality to face. But if we want to leave a safe future for our kids, we can’t turn away. Climate change is real, and it’s up to us to do something about it. It’s not enough to recognize the problem, although some politicians can’t even make it that far. Canada needs a real and credible approach. Because just as denial isn’t an option, a slogan isn’t a plan.

In this election, the Liberals are the only party matching ambition with action on climate change.

Over the last four years, we’ve worked long and hard to build a real and credible plan to protect the environment. It’s not perfect, but it’s a solid foundation to build on.

We’ve put a price on pollution. We’re protecting our oceans, phasing out coal and banning single use plastics. These aren’t piecemeal policies, but crucial parts of a larger, national approach. And we know we can’t stop there. That’s why our Liberal team has a comprehensive plan to continue moving forward.

To keep our air clean, we will commit to reach net-zero carbon emissions by 2050, while planting two billion trees over the next decade. To keep our environment healthy, we will increase our nature protection targets once again.

Our plan is about making a real difference in people’s lives and finding concrete solutions.

A better future doesn’t just happen — we have to make it happen. And you can’t see a brighter tomorrow if your head is buried in the sand.

Andrew Scheer is promising a government that will rip up the only real climate plan Canada has ever had. Frankly, that doesn’t come as a surprise. Conservative politicians ignore climate change because they have an old and failed economic policy.

When your basement floods, or a wildfire destroys your business, you know that climate change is already making your life more expensive. You don’t need denial, and you don’t need a slogan. You need a government that will make sure you aren’t left alone to face the effects of a changing climate.

Now, realistically, we can’t solve this problem overnight. That’s why when we announced that the Trans Mountain expansion project was going ahead, we also decided that every dollar the federal government earns from the project will be invested in Canada’s clean energy transition.

To bridge the gap between where we are and where we want to go, we need the money to pay for it, and a credible plan to get us there. A plan that ensures today’s energy workers are partners in building our clean energy future.

Canadians are ready to lead, and you deserve a government that will lead with you. That’s what our Liberal team is offering, whether it’s cutting taxes in half for companies that produce zero-emissions technologies or making Canada’s ports some of the world’s cleanest by converting ferries from heavy oil and diesel.

On Monday, it’s up to you to choose whether we tackle the challenge of our generation head on, or whether we look away. Whether we keep moving forward for a better future, or whether we chase after impossible promises.

With your vote, show Andrew Scheer that you don’t want his inaction. With your vote, choose a Liberal government with a real, feasible plan for the environment, for the economy and for the future.

We know that we can fight climate change while growing the economy. We know that we can put in place policies that mean more jobs and less pollution. Because we are the only party with the ambition and the plan to make that happen.

You have a chance to prove to every political party in Canada that you cannot form government without a responsible plan on climate change.

On Oct. 21, together, we get to choose where we go from here.

So let’s do what Canadians always do.

Let’s pull together, and let’s keep moving forward. For ourselves, for our kids, and for our planet.

Editor's note: Canada's National Observer invited Prime Minister Justin Trudeau, Jagmeet Singh, Elizabeth May and Andrew Scheer to speak directly to our readers through op-eds as the campaign winds down. Op-eds are forthcoming from Singh and May.

What is this? Is this paid

What is this? Is this paid advertising? If it's not, it should be.

Hi Dianne,
Thanks so much for taking time to comment. It is not paid advertising - as per the note at the bottom, "Canada's National Observer invited Prime Minister Justin Trudeau, NDP leader Jagmeet Singh, Green Party leader Elizabeth May and Conservative Party leader Andrew Scheer to speak directly to our readers through op-eds as the campaign winds down."