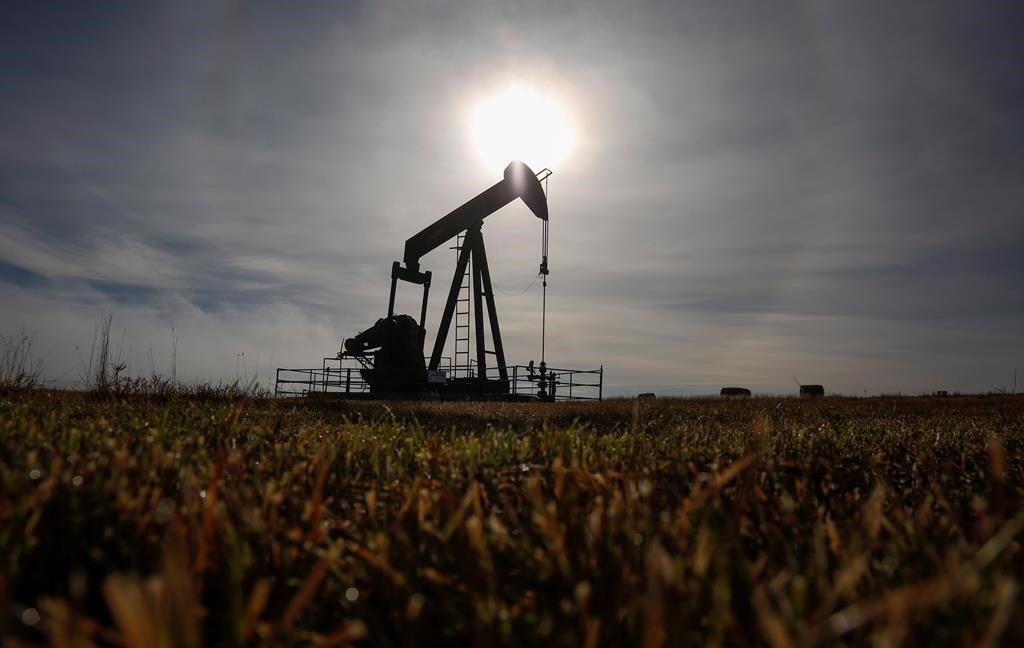 A pumpjack works at a well head on an oil and gas installation near Cremona, Alta., Saturday, Oct. 29, 2016. File photo by The Canadian Press/Jeff McIntosh
Previous story

The association that represents Canadian drilling companies is forecasting a minuscule improvement in drilling activity in 2020.

The Canadian Association of Oilwell Drilling Contractors says it expects a total of nine more wells to be drilled next year, taking the total number to 4,905.

The stand-pat forecast is more positive than one released two weeks ago by the Petroleum Services Association of Canada, which called for a 10 per cent drop in wells drilled next year to 4,500, down from 5,000 wells this year and 6,950 in 2018.

The CAODC says it expects the Canadian drilling rig fleet to continue to shrink, dropping by 48 from 545 to 497 drilling rigs, as the projected number of operating days increases slightly from this year. It estimates each working rig supports 145 direct and indirect jobs.

In a statement, CAODC chief executive Mark Scholz says sentiment toward Canadian oil and gas is nearing all-time lows since the federal election which returned the Liberals to lead a minority government.

He says the industry has lost an estimated $30 billion in foreign capital since 2017, leading to layoffs and the relocation of at least 29 high-performance drilling rigs, several service rigs and their crews to the United States to find work.

"It has been another extremely difficult year for our members," said Scholz.

"The attacks from foreign-funded, radical environmental groups and punitive policy measures from our own federal government have caused Canadian oil and gas families to suffer unnecessarily."

Nice!, ... I'd like to take the time to thank my apparent foreign funding of organizations like ... the David Suzuki Foundation, Climate Justice Edmonton, Council of Canadians and Amnesty International Canada (The Most Foreign Funded of them all) as well as insightful reporting by foreign news outlets such as The National Observer, The Tyee and the Narwhal. Were it not for you, I wouldn't be sitting here smiling.