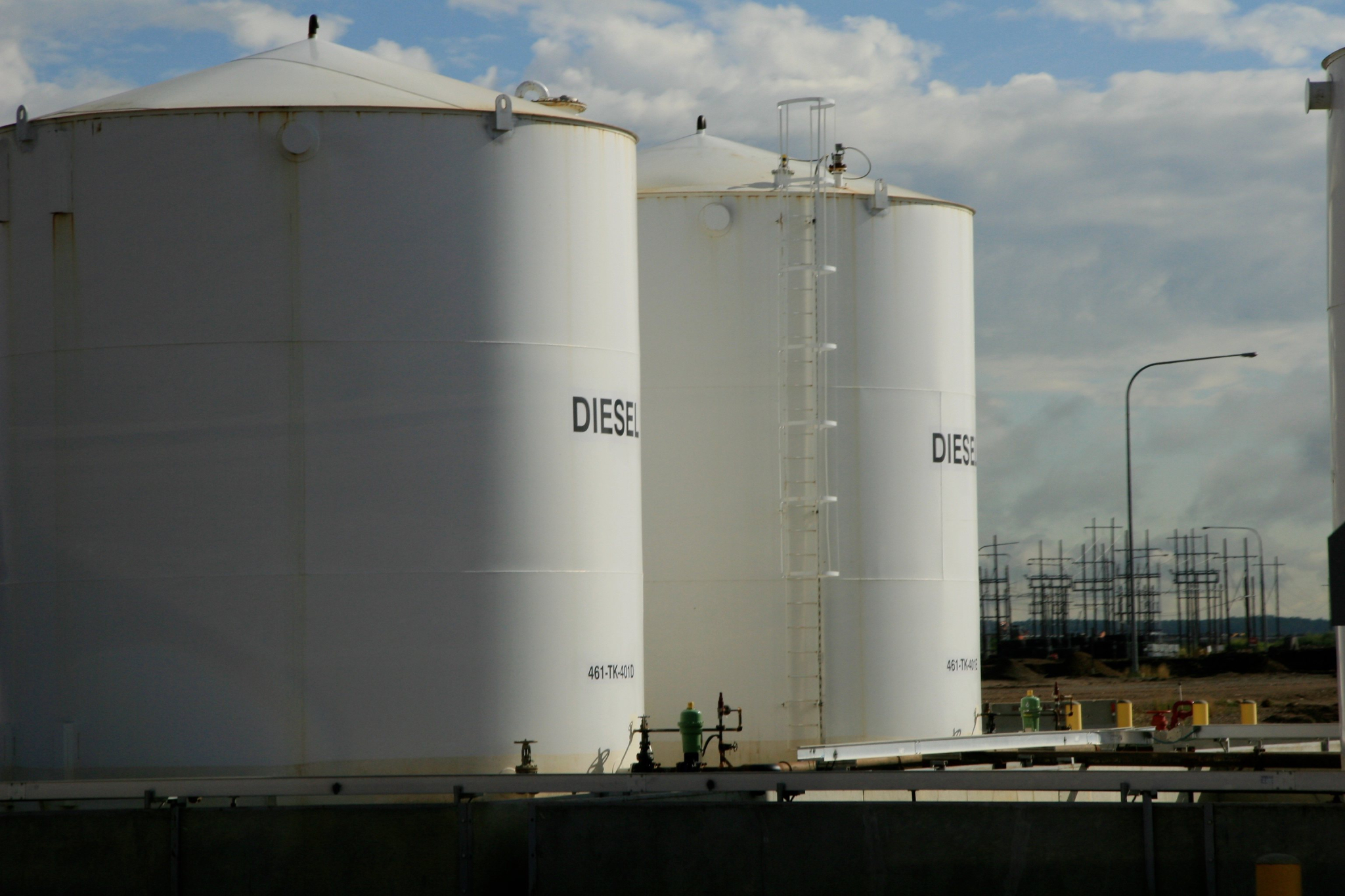 Canada’s biggest pension fund says it's “unfathomable” that the fossil fuel sector could wield disproportionate influence over its investment decisions, after a new report claims members of its board of directors and staff are "entangled with the oil and gas industry."

The Canada Pension Plan Investment Board (CPPIB), the Crown corporation that manages the country’s $400-billion public retirement fund, rejected new research Tuesday by the Corporate Mapping Project that argued the fund's relationships with the industry presented a “dangerous” situation that partially explains why it has not yet ditched billions of dollars in fossil fuel-related investments.

The fund signalled in a recent sustainable-investment update how it is more focused than ever on understanding the “risks and opportunities” climate change presents, and that it is pressing large carbon polluters to improve their environmental performance.

But the Corporate Mapping report shows the CPPIB has more than $4 billion invested in top fossil fuel firms around the world, billions more in smaller firms and infrastructure and several staff and board members with “formal relationships” with energy firms.

"In Canada, the fossil fuel sector has been very successful at getting a seat at government decision-making tables, both provincially and federally. The same is true at the CPPIB, where the board of directors and staff are entangled with the oil and gas industry," it states.

While it’s not uncommon for institutional investors to have staff sit on the boards of the companies they invest in, "these relationships deserve more public scrutiny” in the context of climate change, the researchers argue, because holding the planet to an acceptable level of global heating will require the fossil fuel industry to keep unburned reserves in the ground.

“The interests of oil and gas companies are finding their way into the decision-making that the Canada Pension Plan is undertaking,” said James Rowe, a co-investigator with the Corporate Mapping Project and an associate professor at the University of Victoria’s School of Environmental Studies, in an interview on Nov. 19.

“That’s dangerous in terms of the climate emergency, because the interests of those fossil fuel companies are in direct contradiction to the interests of Canadian beneficiaries and basically the rest of us — because their goal is to continue to burn as much carbon as they can... their pursuit of self-interest is a real threat to ours.”

The report, called “Fossil Futures,” says the pension plan’s holdings include hundreds of millions of dollars in market value in the Russian energy firms Gazprom, Rosneft, Lukoil, Novatek and Tatneft, as well as Chinese energy giants CNOOC, PetroChina and Sinopec, Japan’s Inpex and Canadian Natural Resources. The figures are from CPPIB's foreign publicly traded equity holdings as of March 31, 2019.

The Canada Pension Plan Investment Board says it is “unfathomable” that the fossil fuel industry could disproportionately influence such a massive and diversified portfolio as theirs, after Corporate Mapping Project claims otherwise.

The reserves of these top players linked with CPPIB add up to 281 billion tonnes of carbon dioxide equivalent, or roughly four times the limit for keeping global heating to 1.5 C above pre-industrial levels.

The CPPIB also has $2.8 billion invested in top Canadian oil and gas companies, and has made other investments like $1.34 billion in U.S. gas pipelines and $1.4 billion in a gas project off Ireland’s coast, the report states. Overall, Rowe said, the pension-plan board has around $8 billion in equities associated with the fossil fuel industry.

The report also maps out the CPPIB’s ties to the oil and gas industry, specifically singling out several people. These include: board chairwoman Heather Munroe-Blum, who also serves on the board of the Royal Bank of Canada, which has a large oilsands stake; board member Ashleigh Everett, who is president of a company that owns retail gasoline chain Domo Gasoline; and board member Sylvia Chrominska, who is on the board of industrial-products provider Wajax Corp. which is involved in the oilsands. A number of senior staff are included as well.

Rowe said these connections aren't the "singular and only cause" of the fund's fossil fuel holdings but "help to explain" why it has been "slower than other major financial institutions in addressing climate risk.​​​​​" The European Investment Bank, for example, promised last Friday to end its own fossil fuel financing by 2022, while Sweden’s central bank said last Wednesday it had sold off oilsands bonds.

“We’re not convinced that most Canadians realize that the Canada Pension Plan is pretty heavily invested in fossil fuel companies, when 60 per cent of Canadians voted for parties with pretty strong climate plans,” he said. “Canadians care about climate change, and so we think they would be interested in this information.”

The CPPIB, speaking via a response it sent unattributed to National Observer, said “by its very nature, any highly seasoned, professional board would have business backgrounds and expertise across asset management, insurance, telecommunications, food, manufacturing, real estate, retail, education, public policy, to only scratch the surface.”

“Beyond strong governance expertise, collectively understanding hundreds of sectors across a global portfolio is vital as fiduciaries. The premise one sector disproportionately influences one of the most diversified portfolios in the world is simply unfathomable,” the CPPIB added.

The fund recently released a 2019 update to its sustainable-investing report, which notes the CPPIB is developing a “firm-wide view” of climate change to assess climate risks. It said it has incorporated climate change considerations more centrally, added more team members to the program and launched a framework requiring investment teams to “perform bottom-up analyses of climate change risks and opportunities on material investment.”

"We will continue pressing for additional enhanced disclosure to better enable investors to assess the risks and opportunities presented by climate change."

CPPIB also said it supported 19 climate change-related shareholder resolutions over the last yearly period of reporting, several of which "sought deeper disclosure" on pollution management, including on methane, as well as the resilience of the asset portfolio, low-carbon energy research, public-policy intervention and risks to the supply chain.

The Corporate Mapping Project is jointly led by the Canadian Centre for Policy Alternatives, the University of Victoria and the Parkland Institute and supported by the Social Science and Humanities Research Council of Canada.

This is a joke - right?
The CPPIB has 1% of its holdings in large fossil fuel companies? And similar amounts in smaller firms?
They have a board member who also sits on the board of RBC - "which has a large oilsands stake."

CPPIB is far better diversified than most Canadian investors, and RBC's exposure to the fossil fuel industry simply mirrors that of the Canadian economy.
The Corporate Mapping Project exhibits a zeal which, unfortunately, is not matched by its insight and judgement.

"The Corporate Mapping Project exhibits a zeal which, unfortunately, is not matched by its insight and judgement." Care to be more specific, or you'll just be happy spewing hot air?

My comment was motivated by this section of the article:
“The interests of oil and gas companies are finding their way into the decision-making that the Canada Pension Plan is undertaking,” said James Rowe, a co-investigator with the Corporate Mapping Project ...
“That’s dangerous in terms of the climate emergency, because the interests of those fossil fuel companies are in direct contradiction to the interests of Canadian beneficiaries and basically the rest of us — because their goal is to continue to burn as much carbon as they can... their pursuit of self-interest is a real threat to ours.”

Canada's Oil & Gas industry represents a major part of Canada's economy. It makes sense for this sector to have a seat at the table in the discourse about the future of the industry and of our climate. However the investments of the CPPIB are a poor measure of that involvement, since they simply represent a well-diversified portfolio.
The statement by Dr. Rowe that "...their goal is to continue to burn as much carbon as they can," is irresponsible. It is like saying that the goal of the Corporate Mapping Project is to shut down the Canadian fossil fuel industry as quickly as possible without regard for the economic consequences for Canadians. Those consequences could include a major depression, wide-spread unemployment, the failure of pension funds and political and civil unrest.
The discussion of how to transition to a low-carbon economy deserves a more serious, credible treatment and not what amounts to promoting conspiracy theories based on who sits on what corporate boards.

'Scuse me, but all this is

'Scuse me, but all this is saying that fossil fuel companies are the ONLY investments that funds can be invested in!! We all know that it's PAST TIME to switch to sustainable investments!!

The European Investment Bank said late Thursday that it would end financing for fossil-fuel energy projects from the end of 2021 onward, marking the latest blow to oil-and-gas companies as the European Union readies for its version of the Green New Deal.

As part of a new climate change and energy lending policy, the bank said it aims to unlock €1 trillion ($1.1 trillion) for climate-change action and environmentally sustainable investment by 2030 and help the EU reach 32% renewable energy across the bloc by 2030.

“We will stop financing fossil fuels and we will launch the most ambitious climate investment strategy of any public financial institution anywhere,” said EIB President Werner Hoyer in prepared remarks.
https://www.wsj.com/articles/european-investment-bank-will-end-fossil-fu...

Time for the Canada Pension Plan Investment Board to stop the pathetic charade of "responsible engagement" with Big Oil & Tar Sands development. Stop the hypocritical travesty and DIVEST oil investments!!

How pension funds choose to

Yeah. By that logic, I

Yeah. By that logic, I should just go ahead and ensure that 1% of my diet is made up of dioxins and similar toxics.
The point of CPP is not to "reflect the Canadian economy," but to provide returns to pensioners for the foreseeable future. Foreseeable future includes the period between now and 2050.

"The CPPIB ..., said “by its very nature, any highly seasoned, professional board would have business backgrounds and expertise across asset management, insurance, telecommunications, food, manufacturing, real estate, retail, education, public policy, to only scratch the surface.”"

2% - $8 billion. Not a huge percentage but still a large amount. I appreciate the report and your coverage of it. Transparency is only good.

Unlike CPP and other major

Unlike CPP and other major industrial and institutional investors, I a peny ante investor by any measure, have been trying to find entities, investment funds, individual industries that are traded on the stock exchanges to shift my oil/gas related holdings (mostly through mutual funds). My investment advisor has so far been unable to recommend any equity purchase that even offers a reasonable return on capital. In short there appears to be a black hole where there should be a robust market for alternative energy stocks and associated climate sustainable technologies. The major investors must be "encouraged" perhaps through tax break incentives, to create and build this publicly traded "green" industry investment market. At the same time the shrinking of tax payer funded subsidies to the fossil fuel sector could have the effect of making this sector a far less attractive/lucrative absorber of investment dollars.

Unfortunately, the "robust market for alternative energy stocks and technologies" is being stymied at every turn by Doug Ford, Jason Kenney, Donald Trump and their unwavering allegiance to big oil and big coal. Even when progressive governments set the stage for a 21st century economy, these dinosaurs cannot wait to dismantle it.

A two TSE funds that track

A two TSE funds that track the market excluding fossil investments to one degree or another are
ETHI and DRFG. Further if you can trade on NASDAQ, there is SDG, a fund that invests with the Sustainable Development goals as its foundation.
If you want to own real assets, there are dozens of options for companies that own and operate solar and wind projects and pay out dividends. There is no reason to keep your money in fossil fuel stocks, especially not Canada oil stocks.