Ten predictions for the biggest environmental stories in 2020 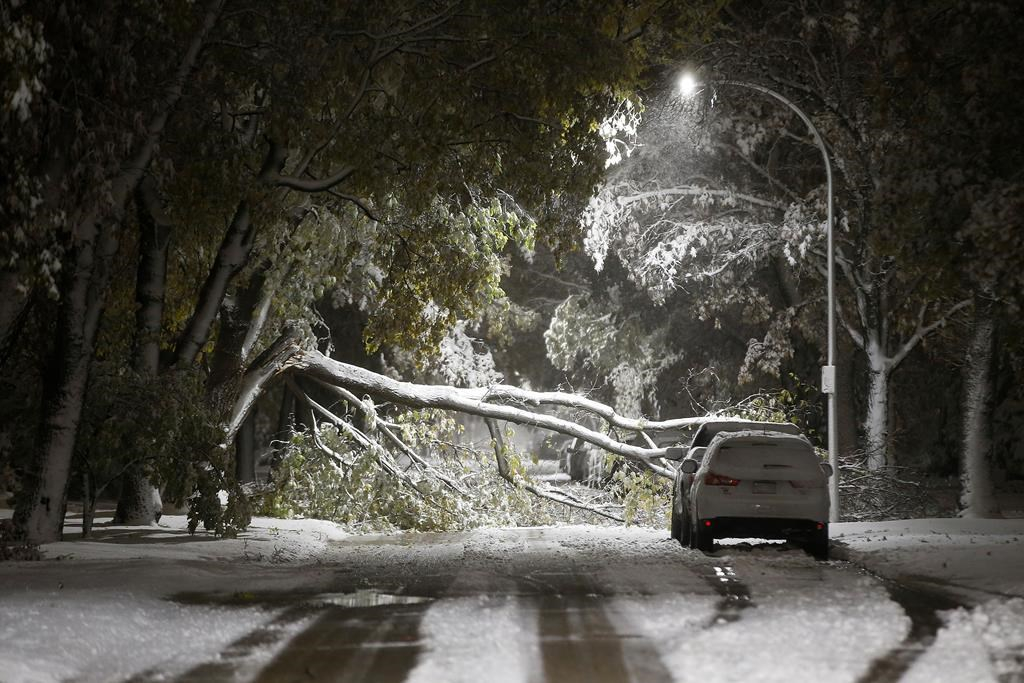 2019 was a big year for environmental news.

UN scientists took off the gloves, delivering dire warnings about the risks of climate change. Greta Thunberg inspired millions of young people around the world to call for urgent climate action as our leaders failed us at the UN climate talks in Madrid. The federal government was re-elected on a mandate to address plastic pollution, reform our laws on toxic chemicals and ramp up climate action. Meanwhile, the Ontario and Alberta governments rolled back environmental protections and efforts to stop climate change.

Here are 10 environmental stories you might see in the news this year:

1. More wacky weather across Canada and around the world

Our weather will get even weirder. There will be more floods, fires, droughts and/or impacts to crops that will be felt by humans and economies. Look for people and governments to talk more about adapting to climate change.

Some ways to adapt to the coming changes — and also enhance the storage of carbon — include protecting, enhancing and restoring natural sources of resiliency, such as wetlands, deltas, swamps and forests.

2. A shift toward renewables instead of nuclear energy

Provincial governments that want to distract the public from their lack of climate action will talk frequently and loudly about building new nuclear reactors.

These projects will take years to get approved and built. Nuclear energy is also expensive and produces long-lasting, dangerous radioactive waste. Instead, the focus needs to stay on low-cost, high-reliability wind, solar and hydro with support for the emerging technology of energy storage.

3. Forests versus the forest industry

The federal government wants to include an accurate count of the net amount of carbon that is stored (or released) from our massive forests as part of the calculation used to meet Canada’s commitments to reduce emissions. Currently, Canada is not counting net emissions or storage of carbon but future rules are likely to make this possible.

Some in the forest industry will argue that more carbon can be captured and stored by cutting down forests to make pulp, paper and lumber, and then planting seedlings to replace the felled trees. This argument asserts that carbon is stored for the long term in wood products and that young, growing saplings store more carbon than old trees.

Conservation groups and ecosystem scientists, however, will seek to ensure the new rules accurately measure the speed at which wood products end up in landfill and their carbon returns to the atmosphere. They will also look to increase the amount of carbon stored in our forests and enhance wildlife habitat, watershed protection, and the ability of forests to resist the pressure of a rapidly changing climate.

4. Some politicians: “You gotta choose between the environment and national unity”

Some pro-oil and anti-climate-action premiers will try to make Canadians believe that any action to reduce our production of oil and gas is anti-Alberta and anti-Saskatchewan. They will say that the only way to “save” Canada is to support fossil fuels. They will paint groups that support climate action and resist fossil-fuel expansion, like Environmental Defence, as enemies of Canada.

The reality is that climate change threatens all Canadians. Our governments need to take urgent and meaningful action to reduce emissions. They also need to support new industries that can employ people who currently work in the oil and gas industries.

5. Sprawl is back in Ontario, and people are not happy

6. If Canadian political parties want votes, they need to have climate plans

Political parties will wake up to the fact that most Canadians won’t vote for a party that does not have a credible environment plan. After a few failed efforts to fool the public with fancy but largely content-free environmental plans, politicians of all stripes will insist that their party leaders offer something meaningful in terms of environmental policy commitments.

7. A new national law to protect us from toxic chemicals

The federal government will finally introduce new legislation to protect Canadians from toxic chemicals like BPA, phthalates, formaldehyde and the dry-cleaning chemical PERC. This will present a huge opportunity to talk about the need to prove that a chemical is safe before it’s used.

A federal ban on harmful single-use plastics that cannot be properly collected and recycled will finally take shape. It will also set the stage for a push toward a new Extended Producer Responsibility program. This program will require higher rates of collection and recycling paid for by the companies that produce plastic products.

9. Ontario communities fight back against attacks on their local environment

The Ontario government’s regressive changes to environmental laws and policies over the past year will be felt on the ground where people live. We can expect to see community members rallying to stop developments that threaten their forests, farms, air quality and water supplies.

10. More investments in a cleaner economy

Pipeline and fossil-fuel projects like Teck Resources’ tar sands mine, the Trans Mountain expansion and Keystone XL will still be in the news in 2020. They will be important symbols of the fight to stop fossil-fuel expansion. Other stories will emerge about banks, pension funds and insurance companies abandoning their investments in these projects.

Also, governments around the world will adopt programs to scale back and cancel subsidies to fossil fuels. Instead, they will move their investments to critical areas to help transition their economies toward a cleaner future.

The year 2020 will kick off a decade in which the environment will be at the forefront of demands from the public, with governments and industries trying to figure out how to adapt to this altered political reality. The pace and scale of change needed will challenge our existing systems, and new approaches will need to be invented quickly. Count on public frustration to mount if government continues to protect old industries whose activities threaten our future.

I hope the article is right

I hope the article is right about voters supporting parties with effective climate policies but sadly I see an continued effort by the 3 major parties to lie, distract, and continue to only look 2-4 years ahead to the next election with no real thought about the future. The lack of honesty and effective policy is a product of our broken political system.

I totally agree. Now that

I totally agree. Now that lying is so clearly the path to power, there's little incentive not to do it. The only ones who can put an end to this are the voters themselves.

Interesting 10 items suggesting what may happen in 2020. Missing in action in all the government and industry challenges is the need for a comprehensive Plan. One that lays out the steps needed to achieve improvement in the world we live in. Patch work like Carbon Tax, getting rid of plastics are nice words; However, there is no sound plan, until governments and industry put measurable plans in place we will continue to move in circles. As individuals we can have some effect and need to take these steps.

Yes, absolutely we, the

Yes, absolutely we, the Canadian public, DESPERATELY need to actively PUSH ALL our elected representatives to act NOW!! And there IS a plan!! It's called the Green New Deal, and it describes what needs to be done in ALL sectors of our life: renewable energy, justice-based job re-training, postal reform to include use of electric vehicles, rural delivery of more than just the mail, and postal banking, etc. etc.!! Please look it up!

Regarding item #2, I expect

Regarding item #2, I expect the opposite. The shine will come off wind and solar (it has already, with its global installations slowing down in the last 2 years) as their overall high cost (once transmission upgrades and storage are taken in account) becomes apparent. Good hydro sites are mostly already tapped. Nuclear, despite its obvious dangers and drawbacks, might become an attractive option again. For example, France's EDF has recently announced plans for 4 new nuclear plants.

Could you please offer a

Could you please offer a solution to the biggest problem with nuclear energy generation: how to deal with the waste?!! And just because another country uses it, that's not a good reason for Canada to do likewise. Also, simply declaring that sustainable sources like wind and solar are expensive and hydro is used up is NOT the end of the story!! The complicated and mostly political nature of how changes like these are handled - mishandled - makes such statements incorrect! There is much more that can be done, incuding revising the destinations of the energy generated in this country, as well as how efficiently - or not - it is used.