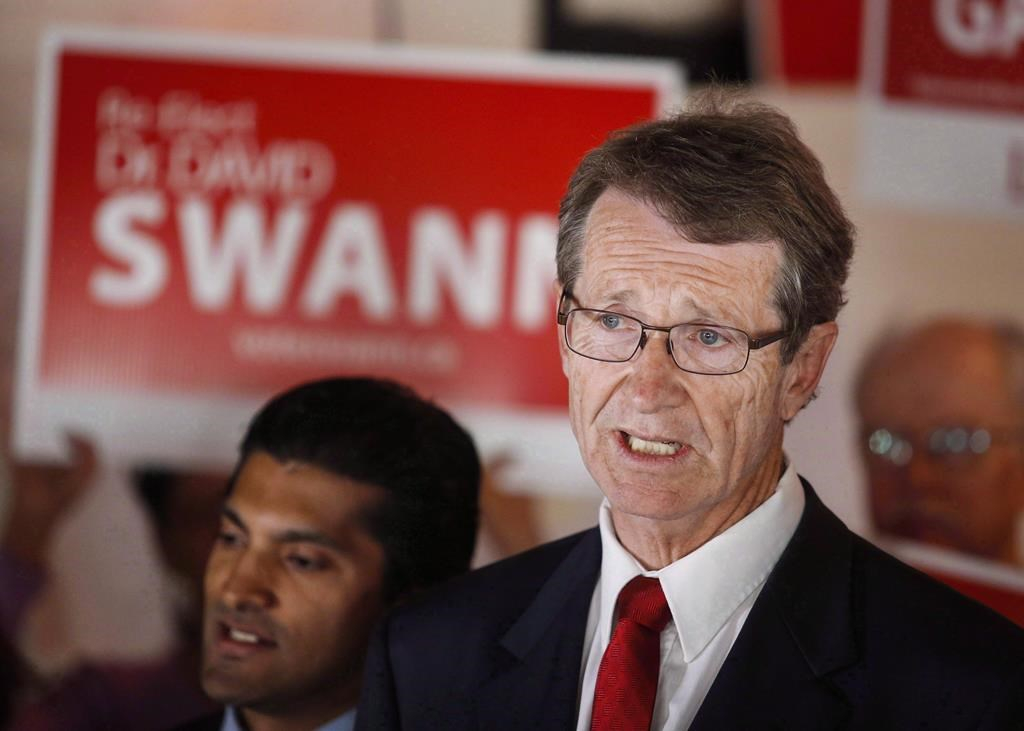 A former provincial Liberal leader and member of the Alberta legislature says he won't pay his provincial taxes until oilpatch players pay theirs.

"It's getting worse," David Swann said Wednesday. "(This) government suddenly throws this double standard of a message that paying taxes is optional for one particular industry."

Swann's civil disobedience is part of a growing dispute between the energy industry, the United Conservative government and rural municipalities — a source of many of the governing party's seats.

Earlier this week, Alberta Rural Municipalities said unpaid property taxes from oil and gas companies have more than doubled from last spring to $173 million. About 60 per cent of that is from companies still operating.

Industry spokesman say companies have been hit hard by a long-term oil-price decline. They say their wells, pipelines and other facilities are overvalued for tax assessment, and they want the government, which controls property tax on energy infrastructure, to give them a break.

On Tuesday, Premier Jason Kenney hinted that may be coming.

"You can't wring money from a stone," he said. "(For) many of these companies there's nothing to go after in terms of assets, so the best solution in our view is to create a future for those companies."

Kenney said municipalities have all the power they need to collect unpaid taxes.

"The reality is that we do not believe that we have the legal capacity to deal with this other than a civil suit. And a civil suit gets to be very messy and it puts tax dollars at risk."

In addition to a $4.7-billion tax cut for the industry, the province has cut property taxes on some wells by about one-third. Kemmere said he believes another one is coming.

"We know discussions are taking place on the balance of oil and gas assessment. When you see a pattern like that, you get rather concerned that it may be a pattern that will be followed."

Kemmere points out any new cuts would come on top of the previous ones. Add to that expenses such as policing costs that the province has downloaded on rural municipalities.

"This is going to have a massive effect. That, coupled with the police funding, is going to start changing what viability looks like for many of our member municipalities and believe me, that's a huge concern."

Kemmere said one member in northern Alberta has already lost one-third of its budget in unpaid taxes — on top of other cuts and new costs.

Swann, part of a group called the Alberta Liabilities Disclosure Project, said the problem stems from a conventional oil sector caught between low prices and declining production from aging wells. It not only affects Alberta's tax base, he said, but creates an environmental issue as little value is left in many wells to pay for cleanup.

He suggested the Alberta Energy Regulator should use its powers to test troubled companies' finances, take over those that can't pass and use what's left of the assets for well remediation.

"We're going to end up paying for the cleanup anyway. The question is, are we going to do it earlier, before (the company's) bankrupt and before receivers decide who gets whatever's left?"

"It's endless, what these folks are doing to prolong the agony of a declining industry," he said.

"They don't mind squeezing blood out of a stone in rural Alberta, but somehow they can't see squeezing the oil companies."

This report by The Canadian Press was first published Jan. 22, 2020

Dr. Swann is certainly showing great courage. All Albertans owe him a debt of gratitude.

Why rural constituencies continue to vote UCP is beyond me. It will be interesting to see if any other rural land owners follow Dr. Swann's initiative and insist that what's good for the oil companies should work for rural land owners as well. Double standards simply aren't sustainable.

All those rural voters in

All those rural voters in Alberta who supported Kenney maybe, just maybe, are starting to understand that the current government is owned by the oil industry. Homeowners, landowners, small towns and villages can go without; but the oil companies won't.