It got hot as it's ever been in Antarctica this week 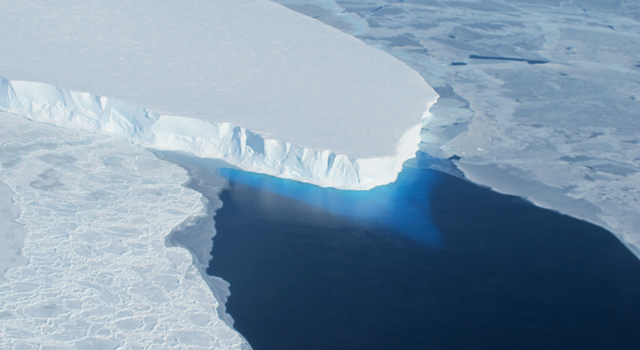 While you were drowning in this week’s impeachment, State of the Union, and election news, scientists were sounding yet another climate alarm: Antarctica just set a new record temperature. On Thursday, a historical high for the continent of 65 degrees Fahrenheit (18.3 Celsius) was measured by Argentinian meteorologists at the Esperanza base, on the tip of Antarctica’s Trinity Peninsula, beating the previous record of 63.5 Fahrenheit (17.5 Celsius) set in March 2015.

“It’s a sign of the warming that has been happening there that’s much faster than the global average,” Professor James Renwick, a climate scientist at Victoria University of Wellington, told the Guardian. “To have a new record set that quickly is surprising but who knows how long that will last? Possibly not that long at all.”

18.3°C! - new highest temperature recorded for continental #Antarctica, yesterday at Esperanza Base, the northern tip of the Antarctic Peninsula, 63°23′S; previous record was 17.5°C in 2015 also at Esperanza @SMN_Argentina; records began at the station in 1961, pic Nestor Franco pic.twitter.com/1qhbv0rDQj

This is, how do I say it? Not good. The Washington Post puts the news in its disturbing broader context:

The Antarctic Peninsula, on which Thursday’s anomaly was recorded, is one of the fastest-warming regions in the world. In just the past 50 years, temperatures have surged a staggering 5 degrees in response to Earth’s swiftly warming climate. Around 87 percent of glaciers along the peninsula’s west coast have retreated in that time, the majority doing so at an accelerated pace since 2008…

“[This record] doesn’t come as any surprise,” wrote Eric Steig, a glaciologist studying climate change at the University of Washington. “Although there is decade-to-decade variability, the underlying trend across most of the continent is warming.”

He says this record will probably be broken again in the not-so-distant future.

Meanwhile, there is no hint

Meanwhile, there is no hint of a Transition Plan either federally or provincially. I live on the BC south coast and the best we can rely on presently is municipal and regional government flood predictions and action. It's a patchwork quilt of policies and funding. The BC government did update its flood protection measures a few years back, and that added a half metre to the dike levels built just a few short years before that in Metro Vancouver, mostly as a response to the spring freshet on the lower Fraser River. But sea level rise? That is too big to contemplate realistically today in the halls of power.

The highest point in Richmond (pop 225,000) is a metre BELOW today's sea level at mean high tide. The last big flood was in 1948, and the city has grown exponentially since then. It is currently protected by dikes and pumps backstopped by diesel generators. With the increasing number and rate of rapid surges in global warming, clearly we can expect sea level changes to take low-elevation communities by surprise with current attitudes, given the ultimately extraordinary level of planning required to protect the population for the next 50 years, and eventually to move them away from vulnerable low lying areas. How costly will these efforts eventually be?

Where to start? I would suggest that defining the limits would make the best starting point. The Fraser delta is underlain by deep, soft alluvial soils. Geotechnical investigations should be able to determine the capacity of the soil to bear the weight of dikes after compaction. No doubt there will be an upper limit before they sink under their own weight, or become destabilized during seismic events. Richmond already has salt water infiltration issues from below as the sea seeps under the city, which complicates the planning and engineering. And you have storm surges on top of king tides. Yet Richmond is allowing urban development at an unprecedented rate.

Star Trek solutions which stimulate laughter today may actually win out by the end of the century as Metro Vancouver encounters sea levels probably two metres higher than they are now. Low lying cities like Richmond may eventually have to be rebuilt as floating communities on large, ferro-cement rafts. The same applies to preserving a portion of the hundreds of square kilometres of food-producing land contained in the Lower Mainland's Agricultural Land Reserve, the richest soils in the country. Moving over 350,000 people inland or uphill will likely become another viable idea. And, of course, solutions to retreat from the coast or rise with the tides in Canada will cost hundreds of billions of dollars.

And we are considering doubling down on fossil fuel extraction? Good gawd, what planet do our politicos live on?