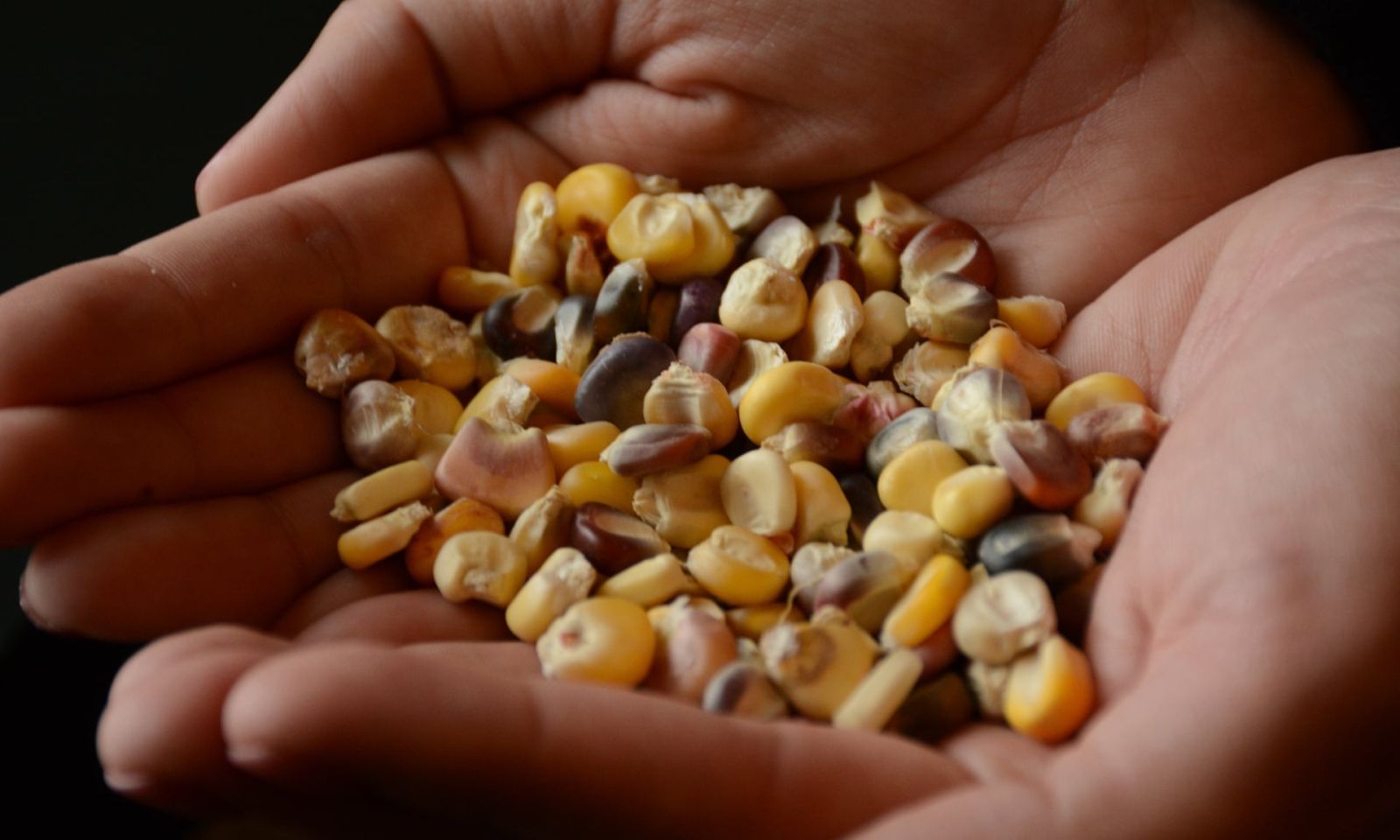 Some of Cherokee corn seeds destined to be preserved in the Svalbard seed vault. Photograph: Stephanie Remer/Cherokee Nation Communications
Previous story
Next story

The Svalbard seed vault, the world’s most sheltered storage facility, currently holds 992,039 crop seeds from across the world.

It was created on a Norwegian archipelago about 800 miles from the North Pole in order to safeguard as much of the planet’s unique genetic material as possible. Losing a crop variety is as irreversible as the extinction of an animal or bird.

On 25 February, nine Cherokee seeds will be deposited into the vault, deep inside a mountain on permanently frozen ground called permafrost.

The Cherokee seeds will be only the second deposit from an indigenous community to be stored in the Svalbard vault, following the deposit of 750 South American Andean potato seeds in 2015.

“The Cherokee nation is the only place on the planet where all these crops are grown, and these days tough weather patterns make the situation precarious,” Pat Gwin, the tribe’s senior director of environmental resources, told the Guardian from Oklahoma.

Oklahoma is prone to tornadoes and has suffered two record droughts and multiple floods in the past decade. Extreme weather events linked to the climate crisis are on the rise.

There are more than 1,700 food gene banks across the world but many are considered vulnerable to natural catastrophes, war, funding deficits, erratic electricity or poor management.

The Svalbard vault, which has the capacity to hold 4.5m crop varieties, was created in conditions resilient to natural and manmade disasters, in order to safeguard duplicates of samples kept elsewhere. It is well above sea level and the permafrost and thick rock ensure seeds remain frozen even without power. The vault is only accessible via a 120-metre tunnel.

Svalbard includes unique varieties of African and Asian staples such as maize, rice, wheat and sorghum, as well as European and South American varieties of aubergine, lettuce, barley and potato. About 500 seeds of each variety are stored at -18C in sealed foil packages.

The climate crisis is still a threat: the vault has required multimillion-dollar upgrades to prevent flooding caused by extreme rainfall and melting of the permafrost.

“Svalbard is the ultimate failsafe for biodiversity of crops,” said Stefan Schmitz, executive director of the Crop Trust, which manages the vault with the Norwegian government and the Nordic Genetic Resource Centre. “It’s important for the Cherokee nation to have this vital back-up.”

It has been a long road. In 1838, 15,000 Cherokee were expelled by US military and militia from their homelands in Alabama, Georgia, North Carolina and Tennessee, then forced west to Indian territory, present-day Oklahoma. The Cherokee lost about a quarter of their people and their traditional plants and crops.

Inspired by the Svalbard vault, tribal scientists led by Gwin spent several years tracking down “lost” crops in former territories and museums. They started two tribal gardens in Tahlequah, Oklahoma, dedicating one to cultivating 24 of the most significant Cherokee crops.

Medicinal and inedible plants such as river cane, a type of bamboo traditionally used for construction, are also grown. Thousands of seed packets are sent each year to Cherokees across the world.

“As long as Cherokee plants exist, we exist. This is so important,” said Gwin, 56. “We consider our plants to be as genetically Cherokee as we are.”

Climate crisis or not, the

Climate crisis or not, the vault contribution is an important step forward.