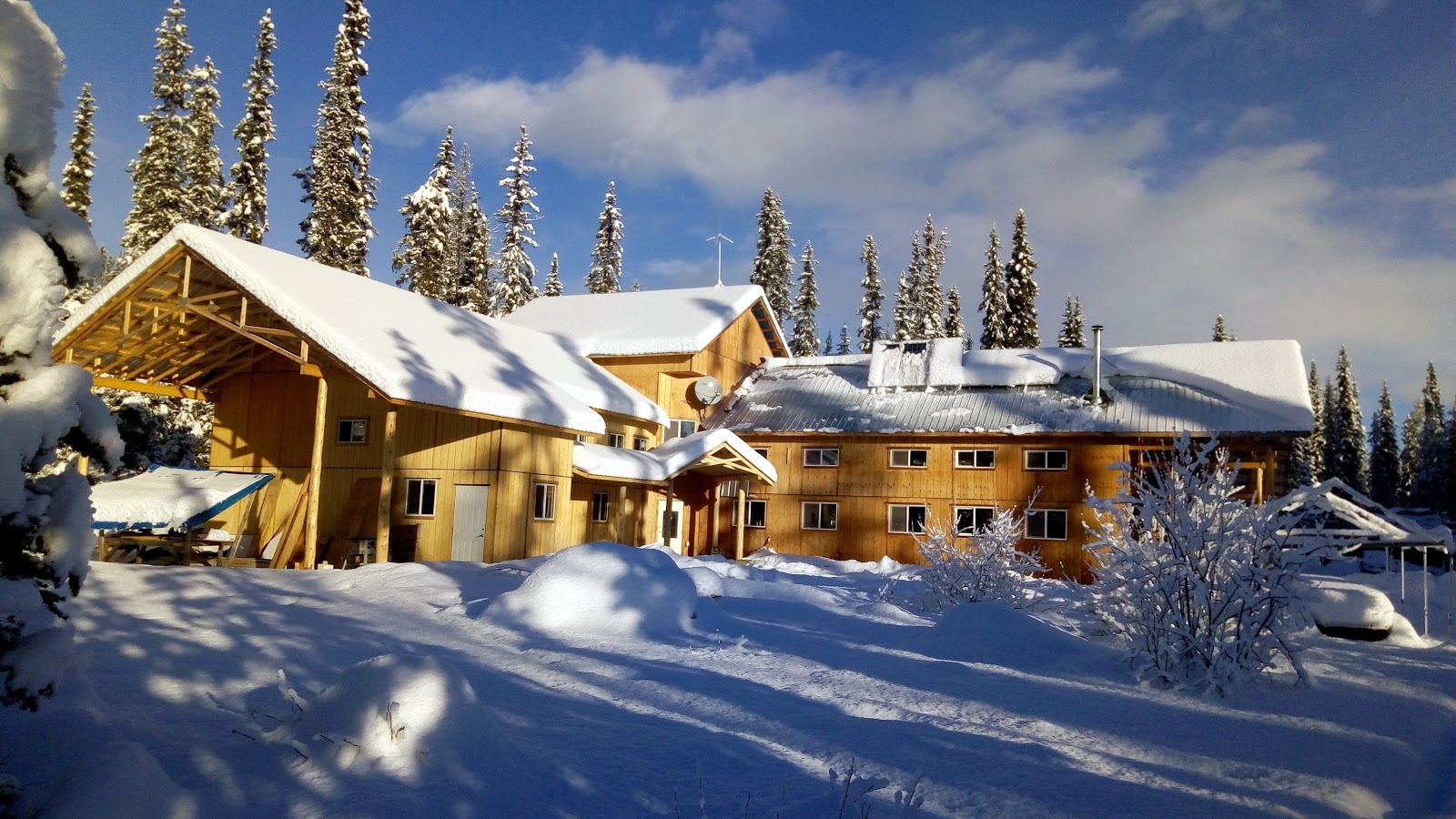 The Unist’ot’en Healing Centre in 2017. Photo by Smogelgem, hereditary chief from the Fireweed clan of the Wet’suwet’en
Previous story
Next story

British Columbia has ordered the energy company behind the Coastal GasLink pipeline to go back and carry out more consultations with Wet’suwet’en hereditary chiefs before it can proceed.

The province’s Environmental Assessment Office (EAO) has refused a key report from the company, which is required before Coastal GasLink can get its final green light for construction in Wet’suwet’en territory.

TC Energy, which owns the 670-kilometre, $6.6-billion project intended to transport fracked natural gas from the northeast of B.C. to the west coast, has 30 days to resubmit the report, the government said.

The new twist in the Coastal GasLink saga comes as pressure continues to build on those standing in solidarity with the Wet’suwet’en who have blockaded major railway lines in Canada. On Friday, Prime Minister Justin Trudeau said at a news conference “Canadians have been patient” but “the barricades need to come down now.”

The EAO’s refusal has led the Unist’ot’en, a Wet’suwet’en house group, to publicly declare that the provincial government agency has “rejected” the report — meaning that it is denying the company authorization to proceed with construction of the pipeline.

“Political leaders nationally and provincially have argued that the rule of law must be respected, yet the RCMP used their discretionary power to arrest and remove us from our territory despite the fact that the report had not been accepted,” Unist’ot’en house member Karla Tait said in a statement.

The office of B.C.'s environment minister, George Heyman, however, said it would not characterize it as a rejection, given that the office is still reserving its final decision until after a new report is submitted.

The refusal is laid out in EAO's letters to TC Energy and the Office of the Hereditary Chiefs of the Wet’suwet’en, issued on Feb. 19 and Feb. 20, that are posted on EAO’s website. The letters have to do with a report submitted in November 2019, as a condition of the province’s environmental approval.

The report zeroes in on an area around the Morice River in northern B.C., also known as Wedzin Kwah, where a Unist’ot’en healing centre is situated. Wet’suwet’en matriarchs were arrested in the area near the healing centre earlier this month, which the RCMP raided to clear the way for the pipeline.

The $2-million healing centre, which recently received a $400,000 grant from the First Nations Health Authority in B.C., gives community members traditional knowledge-based treatment for addiction and trauma. Its programs include hunting, trapping and harvesting.

Unist’ot’en have previously said the company failed to account for the healing centre when it looked at how construction could impact the area.

After receiving feedback on the November report from Unist’ot’en, the EAO requested “clarification and additional information” from the company in relation to several elements, like how “aboriginal traditional knowledge” would be incorporated into the project.

The pipeline company provided this new information on Jan. 28, the office said. But it appears it was not sufficient: it told the company on Feb. 19 that, “after considering all of the information received... the EAO has concluded that we are not able to approve (the report) at this time.”

Part of the problem was that the Morice River area is now being used by both “Indigenous and non-Indigenous peoples,” the EAO said, including “undertaking activities organized from the healing centre.” It had some questions about what this meant for the pipeline.

The company should “make efforts to gather and consider additional information in relation to these activities,” including from Unist’ot’en and the Wet’suwet’en, it said.

The environmental office then issued another letter on Feb. 20 to the Office of the Hereditary Chiefs of the Wet’suwet’en that is noticeably sparser. It informed them it had provided the company “30 days to conduct additional engagement and analysis.”

It said it “strongly encourages” the Wet’suwet’en to work with the company to “respond to any concerns you may have” and noted that the pipeline company must “track all engagement efforts.”

Following this 30-day period, the pipeline company will be allowed to update and resubmit its report, the EAO said, at which point it will consider all information at that time, and “may proceed to decision shortly thereafter.”

It's been hard to see a

It's been hard to see a compromise between Ottawa/Gaslink ("we will have a pipeline") and the Wet'suwet'en ("we will not have a pipeline" ) -- but maybe this development provides one. Since Gaslink can't build anything for a month at least, there's no justification for the RCMP to be in the territory -- so pull them out right now. Meanwhile, Export Development Canada (a federal Crown agency) is contemplating a large loan to the company to help it build the pipeline. Make it plain that no federal money -- loan or equity, from any ministry or agency -- will be provided to the project. Let the industry, for once, stand on its own feet. We've already taken an uneconomic pipeline off their hands; surely that's enough.

Now the chiefs can bring down the barricades, and the government can provide a federal facilitator to ensure that the company and the hereditary chiefs negotiate in good faith. If the negotiations ultimately break down, the feds can make a judicial reference to the Supreme Court of Canada asking for a determination that aboriginal title means that no such project can proceed over the firm opposition of the aboriginal nation. If the SCC agrees, the project can proceed only if the chiefs' concerns are satisfied. If the SCC disagrees, the project may proceed, but with every possible effort to accommodate the concerns of the chiefs.

The 30-day delay gives us an opportunity to try a process like this. It may not be the perfect solution, but it may be the least-worst one.

Very reasonable analysis of the situation.

Trusting that more legal process, in good faith, will assist. Perhaps the decision of the BC Environmental Assessment Office is meant to address outstanding serious concerns from an objective perspective as to the terrain for this Project. Trusting that ecological, social and economic considerations are reviewed through various processes.

Noting the EAO was updated by the Province of BC through legislation in 2002.

"Trusting that more legal process, in good faith, will assist."

I do not share your trust. These people have endured 150 years of broken promises.

The legal system is by no means as blind as it should be. The injunction was so heavily laden that the Wet'suwet'en were not even allowed to argue cultural and environmental issues, nor were they allowed to even mention that they had proposed an alternate route.

For reasons I don't understand, the BC Supreme Court seems to be heavily stacked against the Wet'suwet'en. They have a long history of ruling against them, then losing in the Supreme Court of Canada — a costly and time-consuming process. Justice delayed is justice denied.

I do not trust the legal system any more than I could throw them.

The environmental board should clarify who are the non-indigenous people exactly ? Who disqualify the healing centre to exist?? Are they the Gas Link workers excavating & staying in the man camp which proceeded illegally without the environmental permit that is being held up by this exact reasoning?
Or is their sad plot saying the variety of people that support you from across canada disqualify your healing center's existence?? Can supporters be extinguished along with natives in just one propaganda news release. Rise up Canadians! Support for indigenous rights is real

If I remember correctly,

If I remember correctly, government cannot hive the duty to consult with First Nations off to companies. Governments approve projects, governments have to clear things with First Nations. Companies cannot do that, and the chiefs might well refuse to take this on. This may be a shrewd move on the part of the EAO, and it might well buy time, but I'm not sure it will bring the chiefs on side.