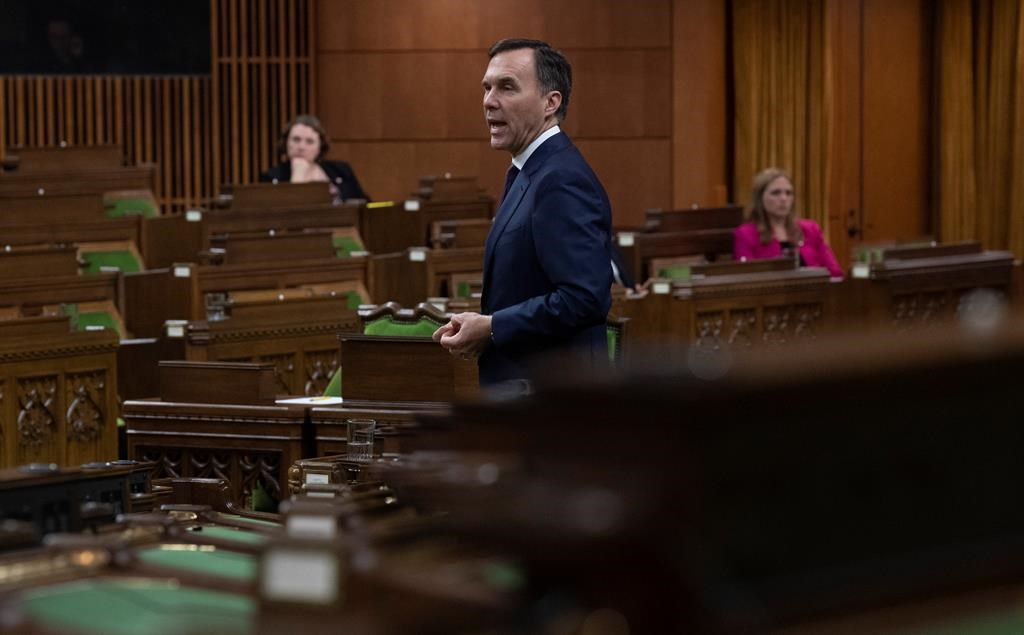 Parliament Hill is seen without any visitors in Ottawa, on Monday, March 23, 2020. File photo by The Canadian Press/Adrian Wyld
Previous story
Next story

The vote early Wednesday morning means the massive bill will now go to the Senate, where the Liberal government is hoping for quick passage and to have the measures signed into law by the afternoon.

Parliament adjourned on March 13 until at least April 20 as part of a countrywide effort to curb the spread of the virus. But it was recalled Tuesday to deal with the emergency aid package.

After a day and most of a night of tense negotiations, MPs began debating the bill in the wee hours of Wednesday morning, and a vote took place shortly after.

Among other things, the final bill contains components to boost employment insurance, delay tax deadlines, raise the federal backstop on deposits in case a bank fails and send hundreds of millions of additional dollars to provinces for health care.

It also gives the federal ministers of health and finance the power to approve spending "all money required to do anything" to deal with a public health emergency.

Earlier on Tuesday, Conservatives raised objections to what they dubbed a Liberal "power grab," balking at provisions in a draft of the legislation that would have given the government even more sweeping powers to unilaterally spend, borrow and change taxation levels without Parliament's approval for the next 21 months.

"Any conversation about new government powers should not get in the way of passing this much-needed assistance," Conservative Leader Andrew Scheer said. "Canadians are counting on us."

After the Tories' signal that they wouldn't consent to measures that would have effectively removed Parliament's oversight of the federal treasury, the Liberals paused the emergency sitting of the Commons minutes after it began and the back-room bargaining began.

At his own news conference outside his residence, where he remains in self-isolation after his wife contracted COVID-19, Trudeau said the government was trying to balance the need to act quickly to help Canadians with the need to remain accountable to Parliament.

"It is an exceptional situation that requires extreme flexibility and rapidity of response by governments to be able to help Canadians and react to a situation that we've seen is moving quickly every single day," he said.

"So saying, we have a Parliament that works, we have an Opposition that is doing its job of making sure that we are taking the right steps the right way."

He said the government was negotiating "up until the last minute" to find a way to give it the flexibility it needs to get the money into Canadians' hands quickly while maintaining "our democratic institutions and the values that are so important to us all."

The bill only needed one party's support to pass the Commons eventually but it needed the support of every MP present to be put through on the one-day schedule the Liberals wanted.

The Conservative position on the bill was complicated by one of its own MPs, Scott Reid, who threatened on his website Tuesday to show up in the Commons, despite not being one of the designated 11 Tories who were supposed to be present, and deny the consent needed to expedite the bill's passage.

He later amended his post to say he had no objection to same-day passage of the relief measures provided MPs had enough time to read and understand the bill.

So, what happened to

So, what happened to “sweeping powers to unilaterally spend, borrow and change taxation levels without Parliament's approval for the next 21 months.”? Was it withdrawn or did it survive?