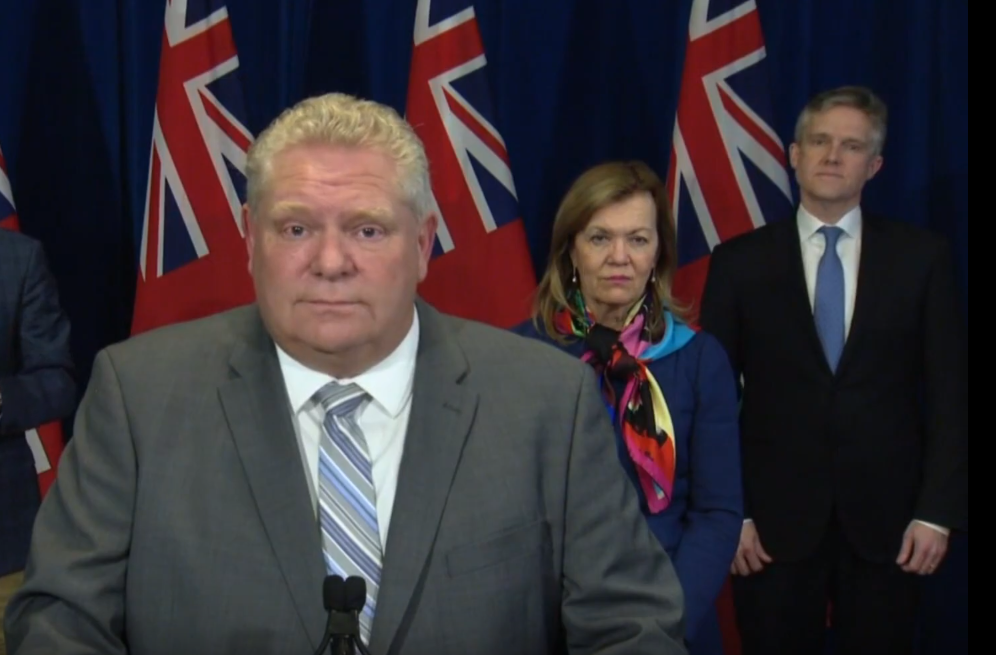 As Ontario’s backlog of COVID-19 test results swelled to nearly 11,000 Thursday, the provincial government said it is days away from resolving the problem.

Widely testing for the novel coronavirus ⁠— and getting patients their results ⁠as quickly as possible — is crucial in battling the worsening pandemic, the World Health Organization has said. But Ontario has struggled to expand its testing capacity and work through a logjam of test results that has continued to balloon over the past week.

“We are currently making a dent," said Dr. Vanessa Allen, the chief of medical microbiology at the Public Health Ontario Laboratory.

“We expect it to be resolved by early next week.”

Ontario is currently processing about 2,500 tests per day at nine labs. Earlier this week, Premier Doug Ford also said a shortage of the materials needed for chemical analysis of COVID-19 tests was slowing down labs further.

The province has come under fire in recent days for not testing enough ⁠— British Columbia, for example, is far outpacing Ontario, which has mostly restricted tests to health-care workers, people who have travelled abroad, and those already in hospital or long-term care. And patients have reported waiting more than a week for test results that are supposed to take two days, a delay Health Minister Christine Elliott has said is "unacceptable."

The province is now pushing to gradually scale up, enlisting hospital and commercial labs to begin utilizing up to 30 facilities to process 18,900 tests per day by April 17.

“As we expand the number of tests, we will have a better sense of the prevalence (of the novel coronavirus),” said Ontario’s Deputy Health Minister, Helen Angus.

On Thursday, the province reported 858 active cases of COVID-19. Fifteen people have died from the virus in Ontario so far, while eight have recovered.

“We are currently making a dent, said Dr. Vanessa Allen, the chief of medical microbiology at the Public Health Ontario Laboratory. "We expect it to be resolved by early next week.”

Dr. David Williams, Ontario’s Chief Medical Officer of Health, said it’s not clear if strict social distancing measures are working, and whether they will need to go on for weeks or months longer. He said he expects the province could start seeing 200 new cases per day next week.

“If we happen to coast through this week and stay down low I’d be pleasantly surprised,” he said. “But we’re not seeing that. The numbers are going up.”

Ford vows to go after price-gougers

Earlier in the day, Premier Ford said the Progressive Conservative government was planning measures to stop retailers from price-gouging. In particular, he pointed the finger at Pusateri’s, the upscale grocery chain, which had priced up Lysol Wipes to just under $30 per pack.

"You know what? I'm going to call them out,” Ford said. “It's disgusting … If you plan on gouging, we're going to get you and you will be charged.”

The president and CEO of the chain, Frank Lucetta, apologized in a statement and said the retailer would issue refunds to anyone who bought wipes at the higher price.

Also on Thursday, Elliott, the health minister, countered reports from hospitals and front-line staff that vital medical equipment is in short supply. If hospitals are rationing protective equipment she said, that’s the hospital’s decision and not mandated by the province.

“We are continuing to send supplies to them,” she said.

There is an Ottawa company

There is an Ottawa company that has developed and tested a small portable device that can give COVID-19 results in 20 minutes. Why has the Government not bought all of its supply, or are we waiting until other administrations buy them first?

Processing the backlog and

Processing the backlog and using the current criteria for testing won't help. They'll still be missing the same number of people "out there" infecting others. Social distancing will help to some extent, but with all the people still at work, passing it amongst themselves and bringing it home to their families, it'll be a long time before we flat line this thing. And then we'll still have to maintain border constraints, unless we are willing to test every individual at every crossing, and quarantine the subjects of all positive test results. If they cross multiple times, they'll need to be tested multiple times.
https://www.theguardian.com/commentisfree/2020/mar/20/eradicated-coronav...
All levels of government have a lot to answer for; Canada's first case arrived on Jan 25, a month and a half before any social distancing, and now that it is clear that the current testing protocol is virtually useless as long as people are out and about, there needs to be a strategy to deal with the new findings.
And it would help also if some of the national media experts stopped giving false information, instead of just saying, "I don't know," One such even misrepresented the findings of the recently published NEJM study by the CDC, Princeton and UCLA, under the auspices of the NIH. He was informed of that study some time ago, but continues to ad lib, based on his knowledge of coronaviruses, generally. You'd think if there were to be speculation passed off as knowledge, SARS would be the model, not coronaviruses generally.
But then you'd expect that some level of government would have anticipated long before a week or so again the need for PPE for front line health workers and for not only ventilating equipment, but ICU beds. Did you know Canada has the lowest number of hospital beds per capita amongst all the industrialized countries? And that Canada has tested about the same number of people per capita as the US has? And that we have one of the steepest growth curves both for new cases and for deaths?
And yet I'm hearing no change in testing strategy, at all.
How about starting in small villages, towns and cities, and once tested, seal them off from the rest of provinces/territories/Canada. In cities, begin testing people for antibodies, and then follow up with geographical areas, testing those without antibodies. Continuing the way we've been going promises more of the same kind of results.

Why don't our politicians

Why don't our politicians practice physical distancing? All of the photos have the ministers standing very close to each other, and they keep telling us not to do it. Has anyone told them?