Ontario may be at COVID-19 peak, but testing woes could stall reopening 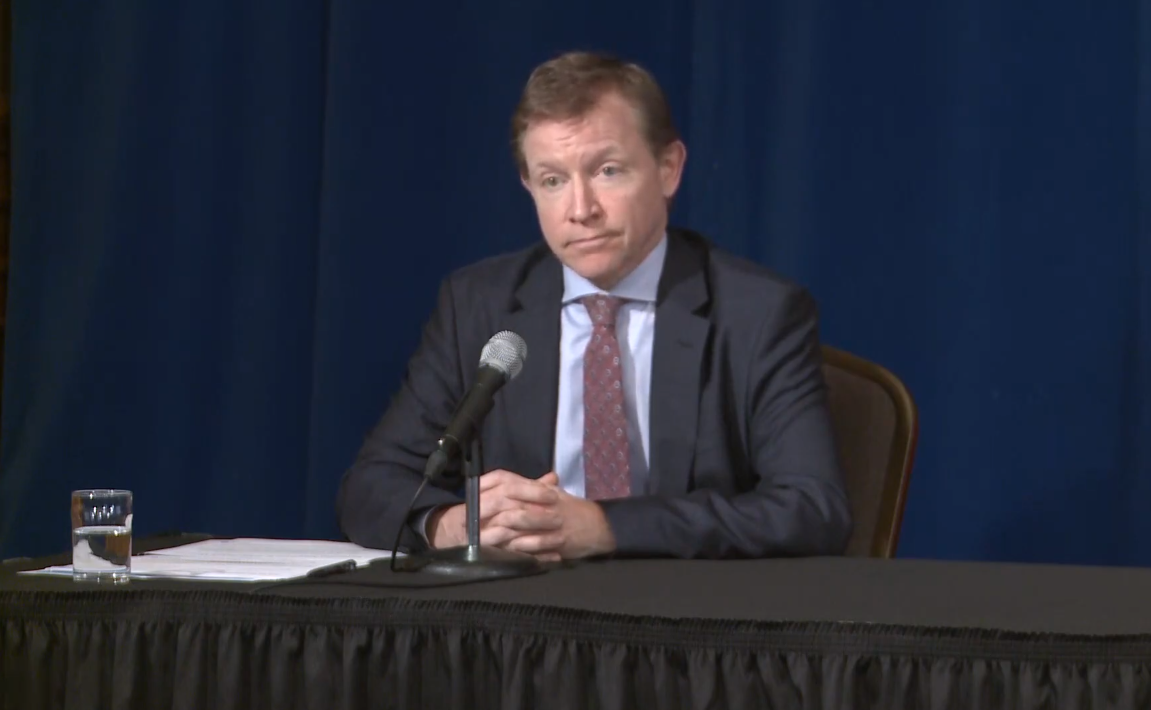 Though community spread of COVID-19 in Ontario appears to be peaking, the province cannot consider reopening businesses and schools without fixing its lagging testing program, experts say.

In a new set of projections released Monday, Ontario public health officials painted a more optimistic picture than they did two weeks ago: The province’s curve appears to be bending, with the huge exception of cases in long-term care homes, where the virus is still spreading rapidly.

But with Ontario’s COVID-19 testing regime still far behind other provinces, it can’t begin to re-open anything without having a more accurate view of how many cases there really are, said Timothy Sly, an epidemiologist and professor emeritus at Ryerson University’s School of Public Health.

“The testing has to be ramped up,” he said, echoing weeks of statements from Premier Doug Ford and other provincial and federal officials.

Global research shows that upwards of half of people with COVID-19 are asymptomatic, but still capable of spreading the virus. That’s why widely testing for the novel coronavirus is a vital part of the fight against the pandemic, according to the World Health Organization, and countries with early successes against the disease have made it a central strategy.

But Ontario has struggled to test enough people since mid-March, when it started to amass a backlog of thousands of people who were waiting days and even weeks to get their results. Several times since, the government has set higher benchmarks for testing and failed to meet them.

A global shortage of ingredients needed for the tests has been hampering government efforts. But Ontario has the lowest level of testing per capita of any province, federal data shows.

The government’s current goal is 16,000 coronavirus tests per day by May 6, which is 3,000 tests less and several weeks later than its initial promises. As of Monday, Ontario was processing less than 9,000 tests per day.

“There is a testing problem in Ontario,” said Amir Attaran, a professor of both public health and law at the University of Ottawa.

“The less testing you do, the fewer cases you’ll find.”

Ontario's COVID-19 testing program is still lagging. Though there are early signs of hope, the province can't safely restart its economy until it understands the full scope of the outbreak, experts say. #onpoli

In a briefing with reporters Monday, Ontario Health Minister Christine Elliott said a backlog of 10,000 from last week has been cleared, and the province should hit 14,000 tests per day in the “next week or so.”

“People should not need to be waiting nine to 10 days anymore,” she said. “We are up to date with our testing and increasing our testing every day.”

Sly said the government must do more than that still ⁠— including tests for all residents and staff at long-term care facilities, a step Ontario officials said on Friday they would not take.

On April 3, Ontario officials released initial modelling, which showed the province could realistically see 80,000 COVID-19 cases by the end of the month. If it introduced even stricter measures, officials predicted there could be 12,500. If the government hadn’t intervened at all, it predicted a flood of up to 300,000 cases and thousands of seriously ill patients could have overwhelmed hospital ICUs and driven up the COVID-19 fatality rate.

The new projections released Monday show the number of cases during the first wave of the outbreak will likely now be fewer than 20,000 ⁠— a quarter of the realistic estimate in the April 3 report, but still higher than the best-case scenario in that modelling data. As of 5 p.m. Monday, Ontario has reported just over 11,000 cases.

“Everybody who participated in the public health initiatives, you made a difference,” said Matthew Anderson, president and CEO of Ontario Health, in a telephone briefing with reporters.

Though it’s hard to accurately predict death rates, the number of deaths will follow the number of cases, Adalsteinn Brown, dean of the Dalla Lana School of Public Health at the University of Toronto, said.

In a briefing by phone with reporters, Anderson and other officials compared Ontario’s rate of new infections to that of South Korea, which has largely contained COVID-19. (The comparison isn’t perfect, however: South Korea, which has three times the population of Ontario and a mere 236 deaths to Ontario’s 584, has more effectively halted the virus’s spread.)

The peak of the disease is important ⁠— ideally, it means case numbers will begin going down, preventing the feared deluge of cases. Medical officials are now talking about bringing back elective surgeries that were cancelled to preserve hospital capacity in the early stages of the pandemic.

However, officials also cautioned that the peak of community spread of COVID-19 does not mean the danger has passed, or that life will go back to normal anytime soon. And worsening outbreaks in long-term care still present a significant danger ⁠— the province is reporting 127 outbreaks in long-term care, and reporters using data from local public health agencies have reported numbers that are significantly higher.

“(The peak) doesn’t mean the disease has left the population,” Brown said.

“It doesn’t mean the disease has passed over… It means we start to see fewer cases as we go along.”

Because no vaccine or cure yet exists for COVID-19, reopening schools and portions of the economy will mean more people will fall ill and die, said Ontario associate medical officer of health Dr. Barbara Yaffe.

“Unfortunately there is no answer” about when a return to normal will be possible, Dr. Yaffe said.

“The virus is still there. We would prefer to avoid a second wave.”

Premier Doug Ford echoed the sentiment Monday. The province is looking at how it could gradually restart the economy, he said, but giving details now would be “premature.”

Sly said it’s important to remember that the peak of COVID-19 is an artificial one ⁠— by staying home, people have limited the spread of the virus. But there are still plenty of people without antibodies who could get sick and die if everything was to reopen too soon, and once a second wave has started it’s hard to contain.

“It is really not safe to let anybody out either until the pandemic runs out or, fingers crossed, in record time, someone comes up with a vaccine,” he said.

“If we let it go… we will see the natural progress of this thing. Up to half of the population of Canada will be affected, but up to 1 per cent will die. Nobody wants to say that, but I think sometimes people need to hear it.”

It doesn't take a rocket scientist to figure out that there are at least two Covid-19 curves not just one.

There is the one that is getting all the public attention, namely the confirmed incidents of Covid-19 infections.

But there is the much earlier one when a person is either contagious whether symptomatic or not or contaminated. From a policy perspective differentiating between these three categories is important but Covid-19 doesn't discriminate by which vector it reaches the next target

However, the larger the gap between the two curves is what feeds "community spread" including the speed of new spread.

While there is little use in crying over spilled milk many penny wise and pound foolish austerity measures benefiting the few at the expense of the many is now where we are at and it's high time we begin seriously looking at reinvigorating Canada's Zivilgesellschaft* whereby we truly as a people have the sovereignty to run her own affairs instead of the few doing so to the benefit of the few and at the expense of the many.

Simply perfecting our current ballot by allowing voters to rank as many candidates as they wish, to a large degree we would be dampening extremist dog whistling divisive plurality in favor of a collaborative for the common good self-governing democracy.

It's not too late. Even if our lawmakers refuse to extend this democratic right to Canadians, through a voluntary community self conducted pre-election Vote123 poll and using this information on voting day, we can elect whoever wish and not be limited to the ones John Diefenbaker described as yellow dogs.

* Zivilgesellschaft is a German word that stands for a much larger footprint of the sovereignty of a people (civil community) to define and set their own collective way foward.

Sorry. Ranked ballots favor the party here in Ontario that for a decade and a half ignored the pandemic preparedness recommendations, and continued to cut healthcare, and that's been in power federally for a term and a half and did nothing at that level, either.
*Except*, of course, to favor their big election contributors.
While it, too, might be less than perfect, MMPR has a better chance of enlarging the footprint than ranked ballots would.