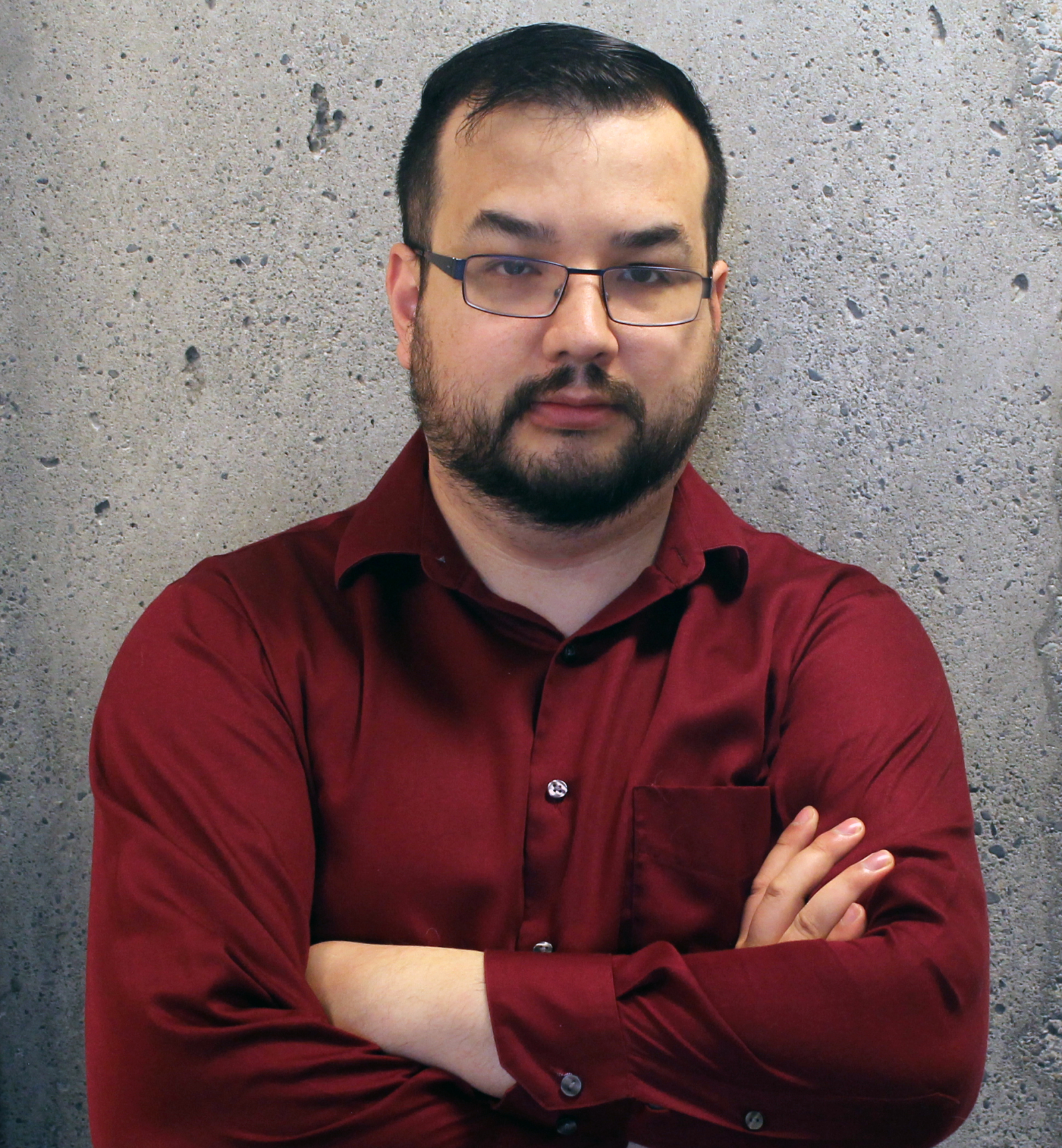 Author Tim Ford wonders where our political discourse is headed if Canadian politicians can get away with making racist remarks. Photo by Tim Ford.
Previous story
Next story

I’ve only ever been to China once, and I visited nowhere near where my family emigrated from.

Like most tourists, I visited the big sights — the Great Wall, the Forbidden City. I was awestruck at this culture that stretched back literally thousands of years. I marvelled at the extensive public transit system. And I was appalled by the omnipresent surveillance apparatus that was visible in the form of cameras, armed guards, and an internet firewall that made Google navigation a near-impossibility.

In short, China was as foreign to me as any Canadian, so to hear racist attitudes against Chinese-Canadians reach a new low with Conservative MP and party leadership candidate Derek Sloan, I have to ask myself just where our political discourse is headed.

In a Facebook video posted April 21, Sloan says, “One of the issues with Justin Trudeau’s handling of this situation has been his reliance on the advice of Dr. Theresa Tam. Theresa TAM,” he adds, with emphasis on her surname, before continuing, “We sent an email out today asking, ‘Does she work for Canada or for China?’”

Let’s be blunt here. This is precisely the same argument which was used in the internment of Japanese-Canadians during Second World War — that citizens who lived and worked in our country would somehow experience a pang of loyalty to a military dictatorship thousands of kilometres away.

In other words, this is nothing new, and the refusal from Conservative Party of Canada leadership to proactively condemn Sloan is nothing new, either. It took Andrew Scheer nearly a week to speak out, and on April 27 he only offered that Sloan’s comments were “inappropriate,” while refusing to say if the MP would face any consequences.

To be sure, the Conservative party does not hold a monopoly on divisive rhetoric, but it currently holds a special relationship with it. While Sloan’s rhetoric took xenophobia to a new level, fellow leadership candidate Erin O’Toole recently rolled out a “Canada First” ad that suggested he would sever ties with the UN and assault our trade agreements with China.

It bears considering that campaign advertisement alongside polls that show a swell of support for the Trudeau government and a cratering of interest in leadership candidates like O’Toole and Peter MacKay. Research Co. and Glacier Media’s April poll on the COVID-19 outbreak found that only 25 per cent of Canadians would prefer Scheer’s leadership in this crisis. That number dropped to 23 per cent for MacKay, and a dismal 17 per cent for O’Toole.

A week after Sloan’s comments, when at long last it seemed like the party’s backbench had found its conscience — or at least a modicum of embarrassment —- it was confirmed by party sources that Ontario MPs had met to discuss ousting Sloan if he refused to apologize. By this point, neither of the frontrunners for the party’s leadership, O’Toole and MacKay, had said anything publicly regarding Sloan’s comments.

"Just how do these leaders perceive the rights and votes of Canadians like Tam, or myself? Is our loyalty to be questioned solely on the basis of our ethnicity?"

All of which suggests an appetite to win the support of voters who embrace this style of rhetoric.

At this point, it really matters little whether or not the Conservative party does oust Sloan, who remained unapologetic on April 29, answering the rumoured caucus vote with a letter of deflection that blamed the media and a “mischaracterization” of his comments. The lack of any initiative on the part of the would-be leaders of the Opposition suggests that they, too, recognize the appeal of far-right voters who delight in these types of dog whistles. Dragging this issue out with a half-hearted promise to maybe hold a vote on the condition Sloan “not apologize” infantilizes the people he has harmed with his comments.

All of which begs the question: Just how do these leaders perceive the rights and votes of Canadians like Tam, or myself? Is our loyalty to be questioned solely on the basis of our ethnicity? If that is the case, where do I fall? I am half-Chinese, does this mean my loyalty should be questioned 50 per cent of the time?

What’s especially frustrating about this politicization of my ethnicity and that of all Chinese-Canadians is that we do, in fact, need to question the influence of the Chinese government and the response of the World Health Organization. All our government officials, including Tam, are not beyond criticism. But what’s needed is nuanced, fact-based, critical discussion, not a dog whistle that questions “who do we work for?”

We need a functional Opposition party that operates within some norm of human decency and guides our political discourse by questioning the party in government. But if that party wants to win the support of all Canadians, including people like me, it needs to start speaking out for our rights and dignity.

I agree with this article.

I agree with this article. Canadians are Canadians regardless of ethnicity! The comments and lack comments by Conservative leadership candidates is very troubling.

The difference between questioning the loyalty of Japanese Canadians in WWII and Theresa Tam is this:

Japanese Canadians were rounded up simply because they were Japanese and it was assumed that they had divided loyalty. This is racist.

Theresa Tam has consistently acted to parrot the propoganda of the WHO and the CCP, and to favour their policies over the best interest of Canadians. It is logical to question where someone's loyalties lie based on the evidence of their individual actions.

It is an attack on logic and on freedom of expression to suggest otherwise. One would think that the Observer, if you truly are independent media, would be more sensitive to this distinction.

Accusing people of racism is not a way to foster debate or to reveal truth. It is merely a tool to shut down opposing perspectives.

Please try to do better.

Seriously James? Because you

Seriously James? Because you think WHO could have done better....but don't specify how.........its okay to spout nonsense like 'who is Theresa TAM working for'???

Your defence of this dog whistle suggests you have an inflated idea of 'freedom of expression', and a somewhat confused concept of when free expression degenerates into name calling.....or accusations without a shred of evidence to support them.

Simple minds may not be able to handle the complexities of a nation full of credible experts who's origins are outside of Canada........but remind yourself: the only real natives are indigenous people...and simple minds treat them with suspicion and contempt as well.

Dr Tam is doing excellent work.........as she did previously during the SARS outbreak. No it all know nothings prefer personal attack and racist accusations to real understanding......simple minds would rather play the blame game and look for an evil lab than begin to understand the complexities of this new virus.
Kudos to the National Observer for calling them out........they are both counter productive, and in a pandemic, downright dangerous. My partner is mailing a donation to this news site as I write.

Have a good day.

Well, I guess I have to point

Well, I guess I have to point out that you present no evidence that Tam is doing a good job yourself.

As for name calling, you call me a "dog whistle defender" and "simple minded." Perhaps you could reflect on how your invective might apply to you yourself.

The idea that "the only real natives are indigenous people," just plain doesn't make sense. No one suggests that humanity originated on this continent. All humans are immigrants here over different timescales.

Asking questions and holding people to account for their actions is no excuse for irrational name-calling.

And, for the record, I also financially support this publication.