Are taxes going to have to go up in Canada? 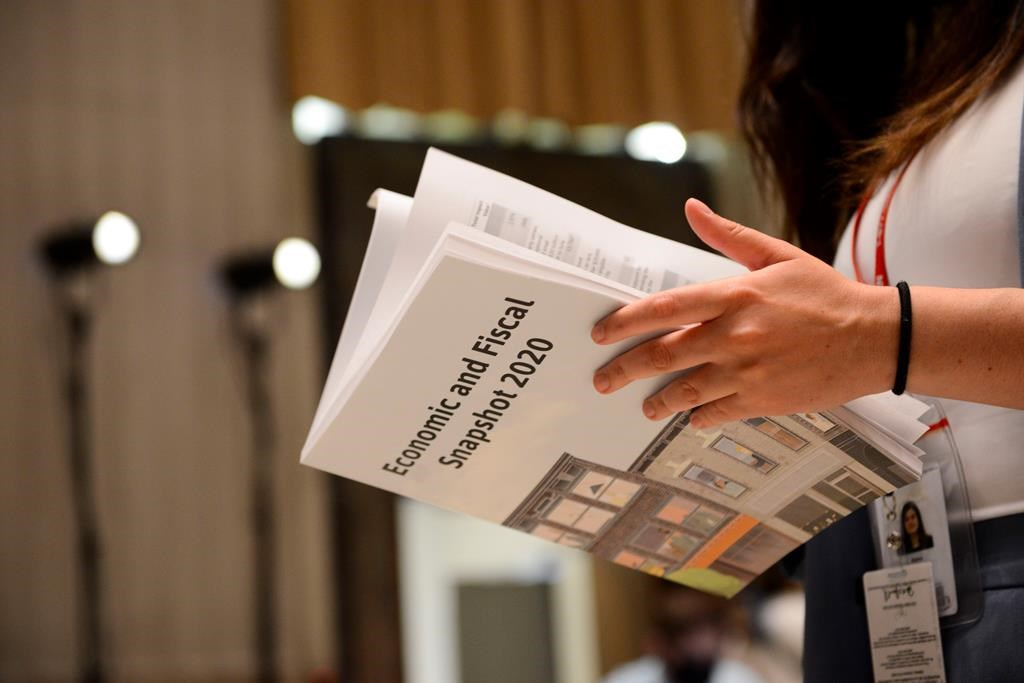 A copy of the federal government's Economic and Fiscal Snapshot 2020 is thumbed through as reporters take part in a media lock-up in Ottawa on Wednesday, July 8, 2020. File photo by The Canadian Press/Sean Kilpatrick
Previous story
Next story

What is causing the federal deficit to hit $343.2 billion?

Late last year, the government forecast this year's deficit at $28.1 billion. But the federal government is staring at a rapid drop in revenues due to the economic lockdown slashing the taxes people and businesses pay: that alone adds $81.3 billion to the deficit. Spending spiked by $236 billion for measures such as the $500-a-week emergency benefit for people whose work vaporized.

Combined, that borrowing will push the federal debt past $1 trillion by the end of the fiscal year.

Former parliamentary budget officer Kevin Page, in a post on Finances of the Nation, a website run by researchers and tax professionals, summed up what all that debt will mean for the government. He said future generations will pay for it through a mix of higher debt interest payments or taxes, "less fiscal room to address the next pandemic crisis or climate change," or "less generous government programs."

What's the interest like on that debt? Can we afford it?

"Ironically, it's not as hard as you think, thanks to record-low interest rates," said Sherry Cooper, chief economist at Dominion Lending Centres, a big mortgage company.

The government can borrow money for five years at less than 0.6 per cent interest, for 10 years at just slightly higher, and for 30 years at a touch over one per cent, she said, which makes the cost of carrying the debt less today than it was one year ago.

"It's even less of a problem because the Bank of Canada is buying so much of it," Cooper said of federal debt, referring to the $5 billion in federal bond purchases the bank is making weekly as a form of low-cost loans.

"So you have a buyer of last resort which will keep a lid on interest rates at least for the next year."

The government calculates lower rates will save it $4 billion on debt charges this year. Finance Minister Bill Morneau said Wednesday the government is going to increase its issuing of long-term bonds to 26 per cent from 14 per cent of offerings to capitalize on rates and help manage the debt.

Rates are eventually going to go up, though, and when they do, so will the amount taxpayers shell out on interest.

Are taxes going to have to go up?

Morneau rejected that idea for now, saying hiking taxes would cause more financial hardship. The New Democrats have asked for a wealth tax on the top one per cent, which the parliamentary budget officer calculated this week could net $5.6 billion.

Cooper said raising taxes while the economy is still recovering wouldn't be wise because it would make Canada less competitive, which would make it more difficult to raise the necessary revenues to pay off the debt. That leaves another option, she said: Grow our way out of it.

How does that work?

The idea is as the economy grows, there will be more workers and companies paying taxes. The same debt, in raw dollars, is less of a burden on a bigger, more prosperous economy. The Liberals have favoured the "debt-to-GDP ratio" as a measure of the government's fiscal health for exactly this reason.

In their fiscal snapshot, they predict that ratio will shoot up from 31 per cent last year to 49 per cent this year. Though that's a big increase, the ratio peaked at just under 70 per cent in the mid-1990s.

To help growth along, government will need to spend on things like high-speed internet, Cooper said, or growing sectors like clean energy. Experts also note a need for greater government spending on child care to help mothers whose job losses have been greater, and returns to work slower, than fathers' during the pandemic.

Even a best-case growth scenario may not be enough to keep the debt sustainable, said Rebekah Young, director of fiscal and provincial economics at Scotiabank, saying more "decisive action" is needed.

"If we don't keep spending and we don't get hit again like a depression type of growth scenario, then in theory we can grow out it, but that shouldn't be enough," she said.

What other actions could the government take?

Tightening purse-strings too early could hamstring the Bank of Canada into keeping rates lower for longer, Young said, which would limit its ability to respond to whatever crisis comes next.

If spending is brought under control relatively soon, the debt should be sustainable, RBC chief economist Craig Wright and economist Colin Guldimann wrote in a report this week. If not, "the red ink could keep flowing," highlighting the need for careful moves in the coming months.

Canada did not adequately

Canada did not adequately prepare for this pandemic, and those who counseled damaging austerity should bear some responsibility. While the debt scaremongers have temporarily accepted robust government intervention, they now call for future cutbacks based on the categorically false notion that the federal government has limited financial capacity.

The Bank of Canada, according to its 2014 Annual Report, "has the power and operational ability to create Canadian-dollar liquidity in unlimited amounts at any time". A Library of Parliament report explains that "By recording new and equal amounts on the asset and liability sides of its balance sheet, the Bank of Canada creates money through a few keystrokes" and ".....there is no external limit to the total amount of money that the Bank of Canada may create for the federal government."

The question is never federal fiscal capacity but how much spending is actually warranted in the real world. Since so many business have closed and so many workers have been laid off, amounts may appear huge but the government must compensate for all the money no longer circulating. Beware of economic witch doctors stirring their noxious brew of neo-liberal ideology.

1. How the Bank of Canada Creates Money for the Federal Government: Operational and Legal Aspects
Library of Parliament, https://lop.parl.ca/sites/PublicWebsite/default/en_CA/ResearchPublicatio...

Agreed. And we know that,

Agreed. And we know that, whatever their complaints whenever it is a matter of spending, we know that right wing political forces in Canada and around the world do not actually care about deficits in the least, because whenever they are in office they cut taxes (on corporations and the rich) until they create them.

Therefore, since clearly across the political spectrum nobody is worried about deficits, they should be a political non-issue. If the economy were at full capacity and stimulus from the deficits threatened to cause high inflation, or if the debt were held to a large extent in a foreign currency, those would be worries.

“ Cutting spending is where

Inexcusably, this article relies entirely on comments from financial industry voices. The suggestion that research supports spending cuts over tax hikes as an aid to growth is an unsubstantiated assertion, and self-serving from the coddled financial sector. Without specifying what kind of tax or which kind of spending we are talking about, the assertion amounts to nothing more than ideology. We deserve better from our reporters.

This has to be a joke. If

This has to be a joke. If Trudeau wins in the next election of course taxes will go up unless we want our children and grandchildren to be burdened in the future. Never mind what the Bank of Montreal can do it is always the average taxpayer that will foot the bill eventually.

When will people actually

When will people actually hear the message that a wealth tax is the most sensible and fair thing to do? The outrageous hoarded wealth of the super wealthy is indefensible. We must let the politicians know they have to stop being obsequious to to billionaires and corporations. This is not normal or how things have to be. There are smart people who know better ways to run a world.