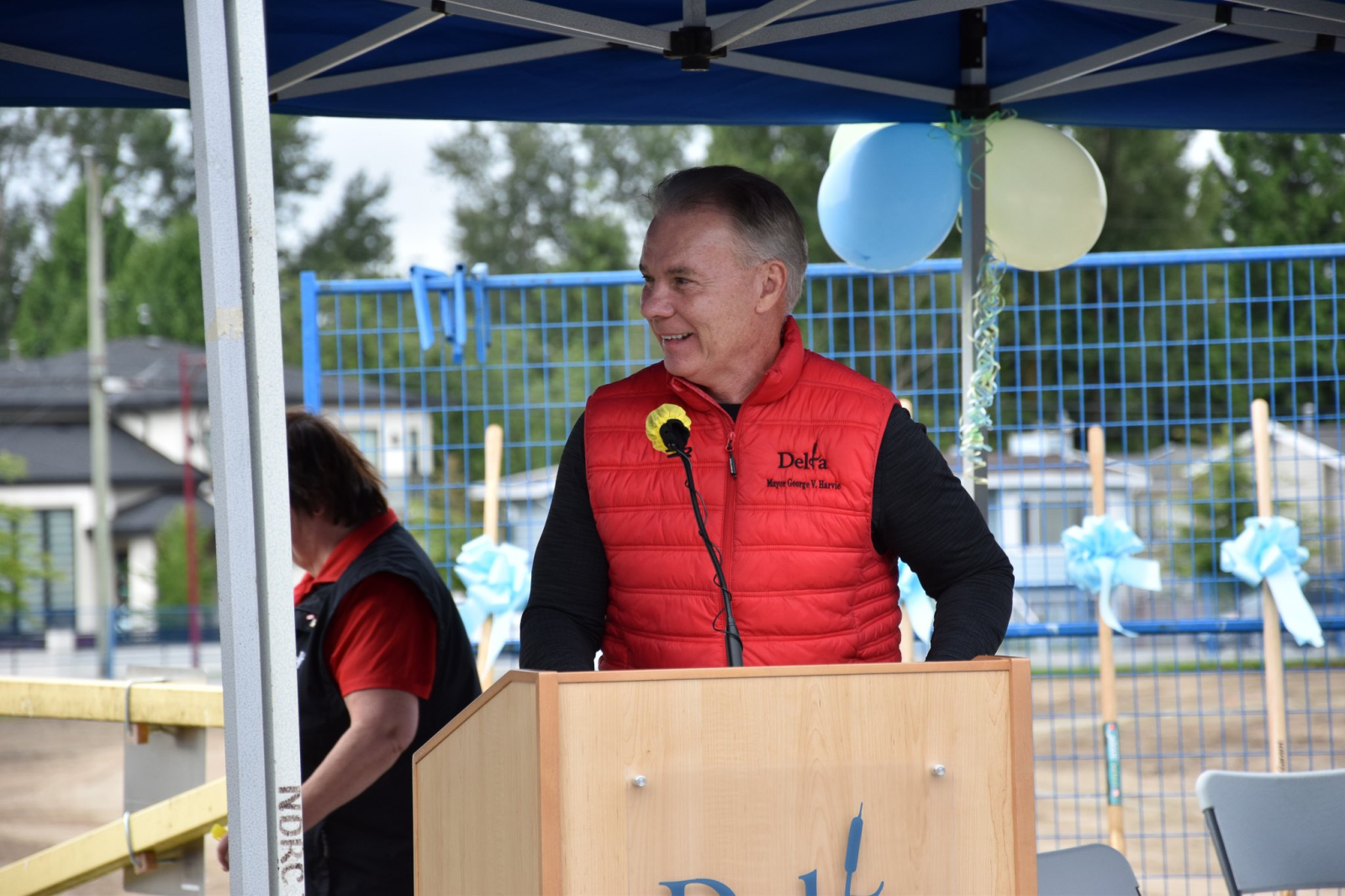 A report from the city’s corporate services department concerning the Roberts Bank Terminal 2 project, a new three-berth terminal that would be built next to the current Deltaport and Westshore terminal, has been placed on Delta’s council agenda for Monday as a discussion item.

The July 15 report, endorsed by the city manager, recommends that a letter be sent to Trudeau and Environment Minister Jonathan Wilkinson requesting that the project be rejected based on the findings of a federal review panel.

“Staff is recommending that Delta take a stronger stance at this time and request that the project not be approved,” reads the report, sent to Mayor George Harvie and council members and signed by corporate services director Mel Cheesman.

The report said Delta had previously asked for a decision to be postponed on the terminal in order to address lingering concerns, but with the release of the review panel’s findings “it is apparent that many of those issues have not been resolved.”

After a five-year environmental assessment process, the review panel’s findings, delivered in March, were that the project would result in “significant adverse and cumulative effects on wetlands” in the area and affect numerous wildlife species.

These include the Dungeness crab, southern resident killer whales, a type of Chinook salmon from the Lower Fraser and South Thompson rivers, and potentially the western sandpiper shorebird and the barn owl, which are classified as threatened.

Finally, it said building the container terminal could also impact human health through exposure to “respiratory irritants,” as well as noise, dust and light pollution that are present in the area, but could be exacerbated.

The panel, however, also said the project was “consistent with Canada’s role as a trading nation” as it would increase container terminal capacity and boost competitiveness for markets tied to the marine shipping supply chain.

The Vancouver Fraser Port Authority says the new terminal would help Canada deliver on trade commitments and provide economic benefits and jobs for B.C., Metro Vancouver and the country, as well as to Indigenous and local communities.

Delta city council is set to discuss a report on Monday that recommends asking Prime Minister Justin Trudeau to block the approval of a new large marine container terminal at Roberts Bank.

Critics have raised concerns about the potential threat to wildlife, as well as other issues. The Raincoast Conservation Foundation, for example, has put forward recommendations to address the “crisis” facing Fraser River salmon and the habitat loss it says is a key factor.

Roger Emsley of Against Port Expansion submitted a letter Friday afternoon to Harvie and council offering his “strong support” for the recommendations in the corporate services report, and urging city council to pass a motion to approve it.

The mayor did not immediately respond to a request for comment Friday from National Observer. The city council agenda is subject to change, and this story reflects the council’s agenda as of Friday afternoon.

Due to the COVID-19 pandemic, Wilkinson approved a 90-day extension, giving the minister until Nov. 22 to issue a decision statement, including conditions related to the project, if it is authorized to proceed.

Delta's report said federal and provincial government staff are now “in the process of preparing conditions which would form the basis of the approval certificates, should they be issued.”

While they‘re at it, perhaps

While they‘re at it, perhaps they should also consider asking the feds to stop shipping millions of tonnes of filthy thermal coal from Wyoming through BC c/o Roberts Bank too. Why did Ports Canada approve this most egregious of all fossil fuels for export transit after pretty well all the US West Coast ports rejected it?

Trudeau is the farthest of all from being the genuine climate leader he pretends to be. Does he really believe folks in BC won’t notice these quiet approvals while he contradicts himself on the Trans Mountain pipeline expansion project with climate rhetoric and economic magical thinking yet again? How does practicing slow and weak-kneed action (not to mention strategic inaction) despite the rhetoric amount to anything but a dangerous delaying tactic on fully addressing climate change? How does it not make him just another lying talking head in front of a TV camera?

Being so deeply insincere on the climate file is indicative of a deep vacuum in ethics, especially when one professes to understand the science. It appears the majority of the federal cabinet are of the same mind: talk the talk, then shut up while quietly oiling up the action plan.

Just how are we supposed to be inspired to vote for alumni from the School of Clowns?

My guess is they think we'll

My guess is they think we'll consider the Conservatives a worse choice, and NDP out of the question.