When CERB ends, a wave of food insecurity will hit B.C.'s coast: experts 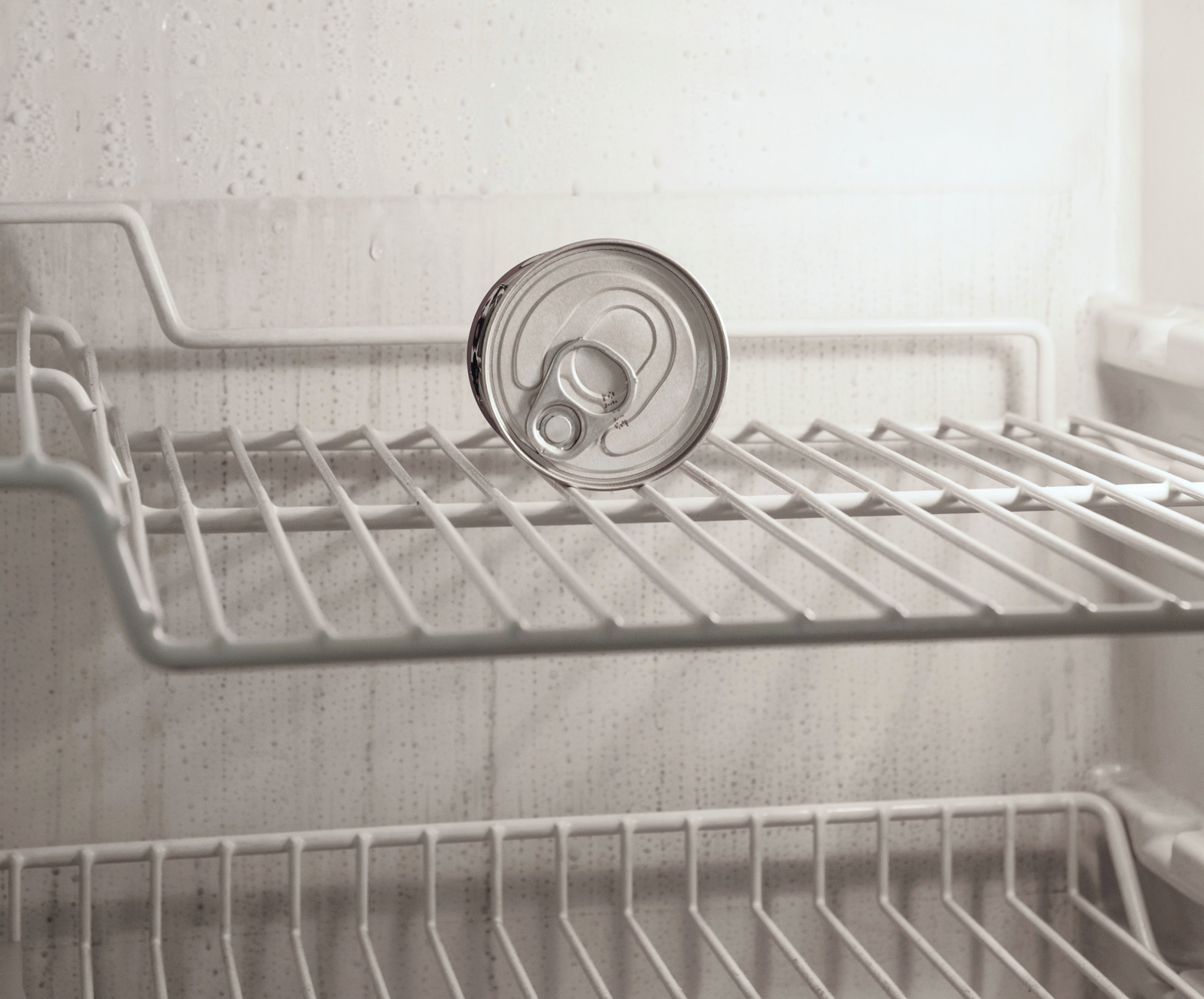 During the COVID-19 crisis, almost one in seven Canadians reported living in a household experiencing food insecurity. Photo: Enrico Mantegazza on Unsplash
Previous story
Next story

The risk of people going hungry in small island communities on B.C.'s West Coast is likely to go from bad to worse in the fall as the pandemic and its economic symptoms linger on and COVID-19 relief benefits end, service providers and experts say.

At the start of the pandemic, there was an immediate jump in the number of islanders who needed food hampers, said Samantha Statton, Cortes Island Food Bank co-ordinator.

“The need definitely increased with people losing their jobs and not knowing how things are going to play out,” said Statton, who has run the tiny island’s community food bank on a volunteer basis for 19 years.

Cortes — one of the Discovery Islands sandwiched between B.C.’s mainland and Vancouver Island’s east coast — is a tiny community of about 1,000 permanent residents accessible only by plane, boat, or ferry from the neighbouring island of Quadra.

Besides job loss, one reason more people requested food at the beginning of the pandemic is people could no longer make the two-ferry journey to “town” — the city of Campbell River on Vancouver Island, where food is significantly cheaper, Statton said.

Demand at the food bank levelled off once federal and provincial relief programs got underway, but Statton is concerned food insecurity in her small community will surge again when the Canada Emergency Response Benefit wraps up on Oct. 3.

“I imagine that things are only going to get worse when CERB is finished,” Statton said. “Demand increased, and I think it will again, even more so.”

During the COVID-19 crisis, almost one in seven Canadians (14.6 per cent) reported living in a household where food insecurity was an issue within the past month, according to a Statistics Canada survey released June 24.

Additionally, those absent from work due to COVID-19 were almost three times more likely to be food insecure than those who were working.

Food banks are an ad hoc solution to food insecurity

“I personally don't even want to think about what will happen to families here if the CERB stops," Desta Beattie, Cortes Island Family Support Program co-ordinator, on how food insecurity will soar when Covid-19 relief benefits end in the fall.

There’s no doubt food bank numbers will soar with CERB’s demise, said Graham Riches, professor emeritus of social work at the University of British Columbia with expertise in food insecurity and welfare policy.

Already, food banks anecdotally are seeing anywhere between a 20 per cent to 40 per cent increase in usage rates, said Riches.

Yet increases in individual and corporate donations paired with the influx of millions in federal support for food bank programs is an ad hoc solution to the problem of food insecurity in Canada that existed long before COVID-19, he said.

The reason households or individuals go without food is they simply don’t have enough money in their pocket to buy it.

“It’s not a food problem; it’s an income problem. It’s not that we don’t have enough food, or even cheap food,” Riches said, adding in B.C. alone, half a million people are at risk of going hungry.

“We're finding the purchase of food… is actually either beyond them, or they worry about it. And I think that's a matter of concern.”

And senior levels of government supporting food banks, and encouraging others to do so — instead of finding ways to raise income levels — are simply evading their obligations to citizens, Riches said.

Food banks, which surfaced to deal with the economic recession in the 1980s, have mistakenly become a legitimate tool to reduce poverty in governments’ view, Riches said.

“Yet, it’s not an effective way to alleviate poverty,” he said.

“Only one in five households who are food insecure because of financial constraints actually use food banks.”

The very conception and success of CERB, a form of guaranteed basic income, demonstrates the federal government actually recognizes the best way to prevent poverty and food insecurity is to raise income levels, said Rich.

Vehicles, such as living wage rates, higher child tax benefits, universal daycare and school lunch programs, as well as increased income assistance and disability rates or guaranteed base incomes are the fixes to hunger, he said.

“People are beginning to talk about these issues now because we've got a crisis,” he said. “The pandemic is suddenly revealing all these fault lines in our social safety net.”

Those most at risk of hunger

Canadians living in households with children are more likely to be food insecure, the Statistics Canada survey found.

During the pandemic, 19 per cent of households with children reported being food insecure compared to those without children (12 per cent).

Households with children were also more likely to be worried about food running out before there was money to buy more, and having difficulty affording to eat balanced meals.

The numbers are likely higher than reported given the short time frame of the survey and probably under-represents populations vulnerable to food insecurity, stated Statistics Canada.

Food insecurity is more prevalent among households with low incomes, lone-parent families, those who rent rather than own housing, and that identify as Indigenous or Black.

Job loss on the island, with an economy largely dependent on a now defunct tourism season, was one driver. But the other was simply a continued struggle with inadequate income.

“It was tourism for the most part,” she said. “But there’re also families on income assistance, or people on disability that weren’t eligible for CERB.”

Those that could apply for the benefit fared better than people the government had already recognized as vulnerable.

“I feel like it just really highlights that the government knows that $2,000 is kind of a minimum baseline of what people need,” Beattie said.

“And yet, we're expecting people on income assistance to live on just over half of that in some cases.”

Food insecurity was already an issue before Covid-19 due to high food costs on Cortes, as supplies are transported by trucks via ferries to the island that is situated at the end of a very long supply chain, she said.

What people might face in terms of food insecurity once the federal benefits cease was frightening to ponder, Beattie added.

“I personally don't even want to think about what will happen to families here if the CERB stops.”

Shelves are stocked for now

Amanda Smith, co-ordinator of the Quadra Food bank, on the island neighbouring Cortes, said client numbers jumped by 30 per cent at the front end of the pandemic in March and April before leveling off.

She also credited CERB and other income assistance measures in stemming the upward swing.

The lack of public transit on Quadra was an extra challenge for people without cars, she said.

“The only problem some clients face is transporting their food home, as many are on foot or use bicycles,” Smith said. “And hitchhiking isn’t working very well due to the pandemic.”

But due to the consistent generosity of the community, and federal and provincial supports, the food bank has sufficient food and donations to meet demand, she said.

Statton said the Cortes Food Bank is also in good shape thanks to community support and matching donors, she’s even been able to provide fresh produce from community farmers in the hampers.

But she's not sure how long that will continue, especially later into the fall.

As much as she’s always loved her work with the food bank, Statton would be equally happy if it was no longer necessary.

“It’s a joy to be able to help the community. But I’d love not to do this anymore,” Statton said. “It would be really nice if people were food secure.”

“But, there’s still need out there.”

There are all kinds of

There are all kinds of reasons why some people (too many) are short on food. Certainly, the minimum wage is too low in all provinces and is one of the causes on which governments can act. Similarly, governments must increase the support to the disabled or those unable to work on account of old age, physical or mental deficiencies.
In many cases, there is insufficient employment opportunities for able persons, and here a different kind of support must be provided: help to establish community gardens and farms, community stores, where people can work to produce their own food. People must be reminded that food does not only come from the store, it can come from the land and it is possible to produce it locally. Initiative and a little public money may be required.