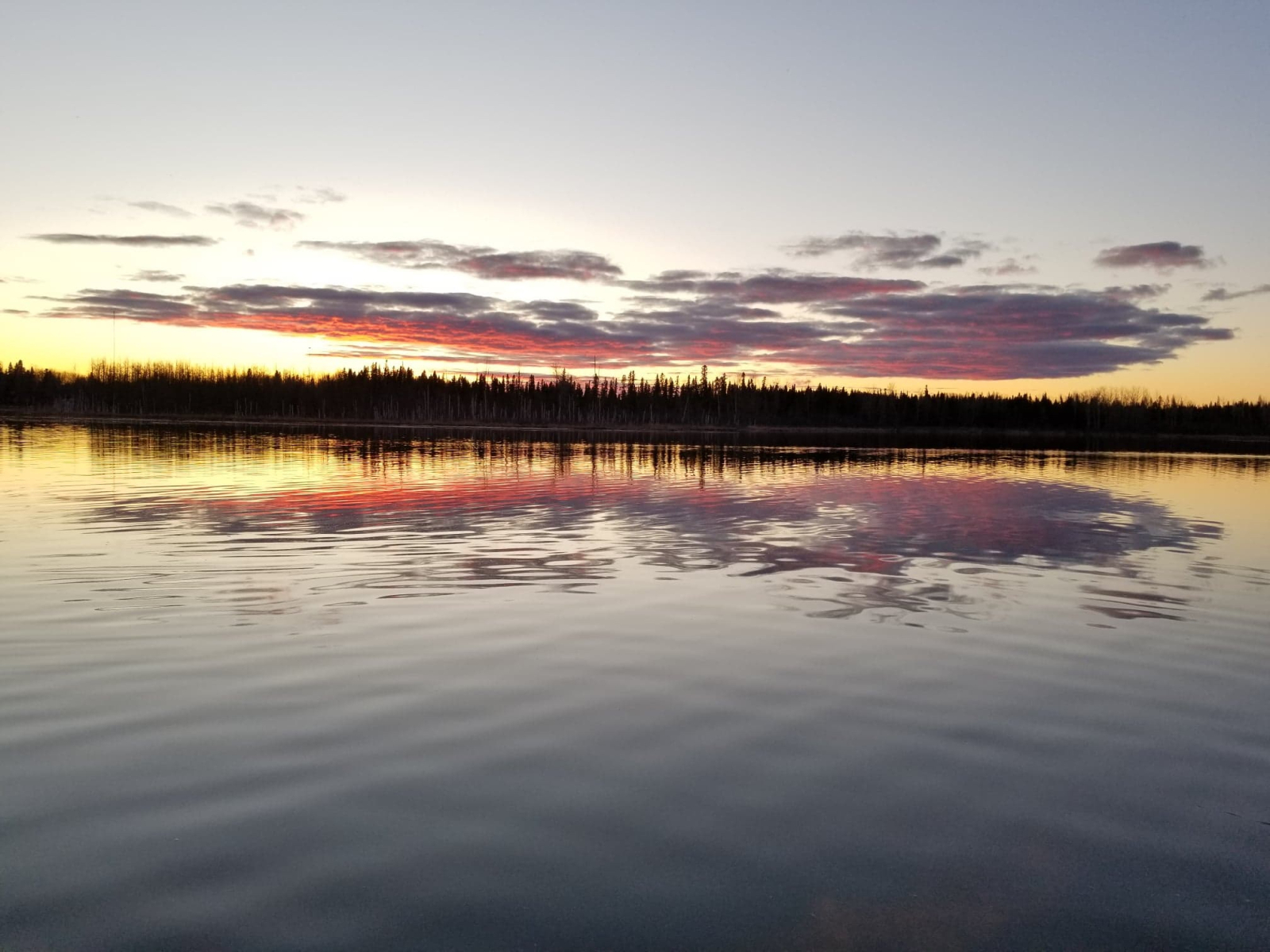 High river and lake water will be a concern for the rest of summer, and in some cases — such as the mainstem of the Churchill River — into the fall and winter, analysts say.

“The Churchill River system is full… We certainly haven't seen many years like this where the whole basin is filled up,” Saskatchewan Water Security Agency spokesperson Ron Podbielski told Canada’s National Observer on Friday.

According to the agency, northern Saskatchewan has seen extremely high cumulative precipitation (rainfall and runoff) since April 1, resulting in high flows and lake water across the Churchill River and Lower Saskatchewan River basins.

He said that although serious flooding inside communities is not expected to happen as of yet, residents need to stay vigilant. And this year could see record water volumes as the summer progresses.

Podbielski said an increased variability in weather patterns, and more extreme conditions caused by climate change, will mean the province will have to adapt to a new normal.

“We’re seeing that climate variability that we’ve acknowledged in the province is happening in terms of both drought and flood,” Podbielski said.

“It looks like the province is going to have to focus on adaptation because of some of these extremes.”

In most areas, flows and water levels are expected to peak, or have peaked, slightly lower than historical highs.

“We’re seeing that climate variability that we’ve acknowledged in the province is happening in terms of both drought and flood,” Ron Podbielski.

“As of (Friday), we are not anticipating any flooding issues. That said, the situation is always very dynamic, but the wild card in there is that we have another weather forecast which is suggesting a lot of rain in that central and northern area of the province,” Podbielski said, adding the Churchill Basin is expected to see the most.

“Generally, communities will look at the drinking water and the wastewater systems just to be sure that they are safeguarded in case of a high water level situation,” Podbielski said.

About 10 to 20 millimetres of rain is expected over the weekend in the central part of the Churchill River drainage basin, with localized higher amounts in thunderstorms.

Podbielski said the heavy rainfall means Lac La Ronge and Sandy Bay could peak at a later date — and at a higher volume.

“Lac La Ronge is under the risk of handling those higher levels for a longer period of time with the wild card of additional wet weather,” Podbielski said.

“If we go over to Cumberland house lots of the community there, the people in the Cumberland delta, some of those individuals got flooded. The outfitters for example. But we’re not anticipating the town proper to actually be in the flooding situation.”

He said that in isolated circumstances some people's homes have been flooded “in and around some of the communities, but the communities themselves haven't had that situation as of yet.”

“In addition to recreation, people in the north are using boats for their daily business, and there’s always a personal safety risk when water levels are extremely high.” he said.

Although he said northerners are experienced dealing with high water, he said residents should “practise safety and good awareness.”

On July 1 and 2 I travelled

On July 1 and 2 I travelled from the east shore of Lake Winnipeg in MB to Cold Lake AB via highways 1, 11 16 and 897. Highway 16 in MB was closed at Minnedosa MB due to flooding . I crossed 8 rivers, every one flooding. The mini LaSalle, the Assiniboine 2x, the trickle of the Qu'eppelle was as large as I have seen it in 40 years, the S Saskatchewan at Saskatoon, Then the N Saskatchewan three times and finally the Beaver close to Cold Lake. All in flood stage, water water everywhere. So Northern Saskatchewan has water and given the height of the Beaver 3 kms from where I live, I can believe the Churchill R system is full. Something is changing and we know what. Our infrastructure isn't designed for the 21st century. So we can expect higher costs for damage thru our taxes plus higher insurance rates. Time to stop building in flood zones folks