WE-sponsored travel for donors not the norm for charities: experts 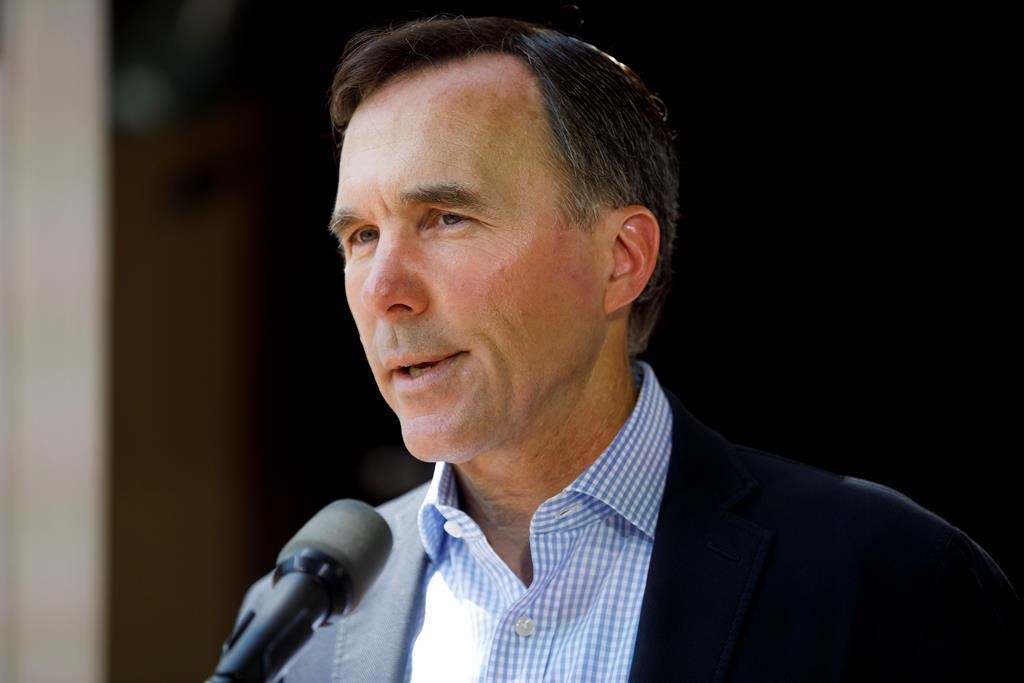 In the wake of revelations that Finance Minister Bill Morneau and his family had overseas trips sponsored by the WE organization, experts in the charitable sector say covering a donor's travel costs is an unusual practice.

Morneau told the House of Commons finance committee last week he had freshly repaid WE Charity more than $41,000 in expenses for trips he and his family took to Kenya and Ecuador in 2017 to see and take part in some of its humanitarian work.

WE Charity said the trips were meant to be free and that covering expenses for potential sponsors is nothing out of the ordinary for its organization, or for the international development sector.

"From time to time, on a complimentary basis, WE Charity invites potential supporters to see the impact of its global projects," WE told The Canadian Press in a statement.

"Many international charities and humanitarian agencies operate in a similar manner," WE had said in a separate statement released to journalists last week.

But Elizabeth Gomery, founding partner of the charitable consulting firm Philanthropica, says paying for rich donors to travel overseas is not common practice.

"Usually — and I've never seen a case other than the one with respect to WE Charity — the donor pays their own way," she said.

"I can genuinely say that it's extremely rare to see a case where a charity foots the bill for a high-net-worth individual to visit the work that they're doing overseas."

Ann Rosenfield, a principal at Charitably Speaking who has over 20 years of experience in the sector, agreed.

"Generally, charities are extremely conservative about underwriting costs," she said.

"Charities feel very conscious of being mindful stewards of donor dollars, and we tend to ask people who are generous to us to underwrite their own expenses so that we are being very, very careful about the dollars that we're spending."

In the wake of revelations that Finance Minister Bill Morneau and his family had overseas trips sponsored by the WE organization, experts in the charitable sector say covering a donor's travel costs is an unusual practice.

WE said offering complimentary trips to sponsors and potential donors has been an effective practice, eliciting millions in donations from donors after their trips.

WE co-founder Craig Kielburger testified Tuesday that Morneau's wife, Nancy McCain, was already in Kenya in July 2017 to view the work of other charities she sponsors when WE invited her and her daughter to stay at WE-owned accommodations.

"In our mind, it was an invitation to a very prominent Canadian family, Ms. McCain, who's very philanthropic and very beneficial," Kielburger said.

Six months later, WE hosted Morneau and his family again in Ecuador, where the organization picked up the tab for accommodations, food and "build site supervision, as they were building the schools and working on a service trip," Kielburger told the Commons finance committee Tuesday.

Morneau said he always planned to personally cover all the amounts, and he previously reimbursed flight and hotel costs of $52,000 for the excursions. However, last week he said he was surprised to discover additional costs of $41,366 had been covered by the charity when going over receipts ahead of his testimony.

He immediately repaid them and has apologized for the error.

WE said the Morneau family stayed in WE-owned accommodations because their programs are located in rural regions with "limited to no alternative accommodation options."

But Gomery said she finds this problematic. WE lodges are owned by ME to WE, a for-profit entity that is a sister organization of WE Charity.

"The lodges that they're affiliated with are super expensive," she said, noting that they operate on a for-profit basis. "It's a little bit messy, to be honest."

Asked if free stays for donors at the ME to WE lodges means WE Charity is purchasing services from its for-profit social enterprise, WE said ME to WE "has contributed millions more in cash to WE Charity than WE Charity has purchased in services such as trip hosting."

In its statement, the organization listed ME to WE's key purposes, which includes "hosting at ME to WE travel locations WE Charity donors who are visiting charity projects and youth service trip scholarship" — activities that have helped raise "tens of millions of dollars" in donations.

WE also stressed that 100 per cent of ME to WE's profits "have either been donated to WE Charity or reinvested to grow the social mission."

There has been an ongoing debate in humanitarian circles about whether these kinds of trips are a form of "poverty tourism" for wealthy North Americans to gawk at people in underdeveloped towns and villages.

Rosenfield said these visits should happen only when those being visited are full partners in the endeavour.

"People can and should have agency," Rosenfield said.

Ultimately, it depends on the individual situations and conditions and how a donor visit could impact the people on the ground, she added.

"If it is in the interests (of) the people at that location for someone to visit them, that's a very important consideration."

Gomery said she believes international trips for donors are an important tool for some organizations to allow sponsors to see the impact of their donations first-hand, as long as it is done appropriately and sensitively.

She believes the real ethical questions revolve around why WE Charity picked up the tab for the wealthy minister of finance and his family overseas.

"I would not be comfortable with that if I was donor to WE Charity. I'd be pretty angry about that, to be honest."

Both Morneau and Trudeau are being investigated by the federal ethics commissioner for not recusing themselves during discussions about selecting WE to run the $912-million Canada Student Service Grant program.

WE backed away from the sole-sourced contract earlier this month, citing the controversy that has dogged the agreement.

Earlier this month, WE announced it had launched a formal review of its organization aimed at simplifying its program offerings and making governance and structural changes. It said that included "evaluating the future of ME to WE, with the goal of a clearer separation of the social enterprise from the charitable entities."

This little piggy went to the