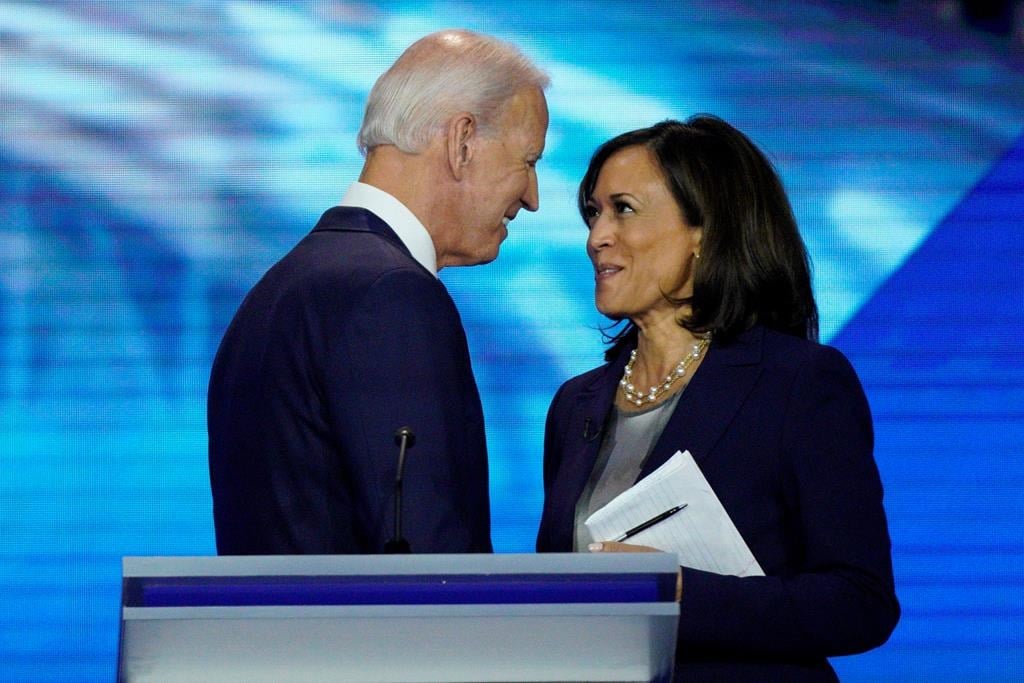 Trevor Williams knew Harris and her younger sister Maya when all three attended Westmount High School. It was clear the two sisters had a bright future ahead of them, he said Wednesday, a day after the former prosecutor was named as Joe Biden's running mate on the Democratic ticket.

"At the time, you take things for granted, but now when you look back, you can definitely see a shining star on Kamala Harris, on Maya Harris. They were so extremely bright and intelligent people, they were just so smart," he said.

Though he hasn't spoken to Harris since their school years, Williams remembers her as firm and persistent, and said her bid for the vice-presidency is "great for women of colour."

It's also a "tangible" example for his daughters, aged six and 11, to look up to, said Williams, who runs a foundation and camp for Montreal youth and coaches women's basketball at Dawson College.

"I'm going to be going home and telling my daughters that I went to school with this woman and anything is possible. If she can do it, you can do it," he said.

Harris, the first Black woman to appear on a major party's presidential ticket, moved to Montreal as a teen so her mother Shyamala Gopalan, a breast-cancer researcher, could work at McGill University. She enrolled at Westmount after an initial stint at a French-language school.

The school rallied behind its graduate last year when Harris launched her presidential campaign, and publicly renewed its support this week as her new role was announced.

Some teachers there said Harris's nomination could provide crucial inspiration to students as they face a new school year restricted by measures meant to contain the novel coronavirus.

Sabrina Jafralie, who teaches ethics and religious culture at the school, said she hoped Harris would reach out to her alma mater as classes resume.

"We don't know what's going to happen this year in school, we don't know how much changes are happening in education, but we get to start it off with a good boost of Kamala Harris, and I think that would be inspirational to our students," she said.

Harris is someone who "speaks for the people," and it's possible her time at Westmount "played a part in helping her find her voice," Jafralie said.

"I don't know how much Canada, or her experience in Canada, helped her shape her politics or her mind, but I like to think that there's a little bit of maple leaf running through her blood, and maybe we'll see it in her politics," she said.

Another teacher, Robert Green, noted former students have expressed their pride at the connection on social media, and said he believes current students will also find it "very meaningful."

"Particularly for the Black population at Westmount High and for the girls who are aspiring to be involved in politics," he said.

"Regardless of what you might think of Kamala Harris's politics I think the fact that a Black woman is there running to be vice-president, this is something that's going to be really inspiring for our students."

Green said he usually teaches an advanced placement government and politics course at the school, and students in that class were amazed when Harris launched her presidential bid last year.

While COVID-19 restrictions mean the school no longer has the capacity to offer the course, the U.S. election — and Harris's role in it — will be discussed in a class that serves as an introduction to politics, he said.

Harris has staked out relatively moderate stances over the course of her career on issues such as health care and law enforcement, but has faced criticism for her actions as a California district attorney and later as the state's attorney general.

Critics have said she frequently opposed or ignored criminal justice reform measures aimed at levelling a playing field they say is unfairly tilted against Black defendants.

—with files from The Associated Press

This report by The Canadian Press was first published on Aug. 12, 2020.