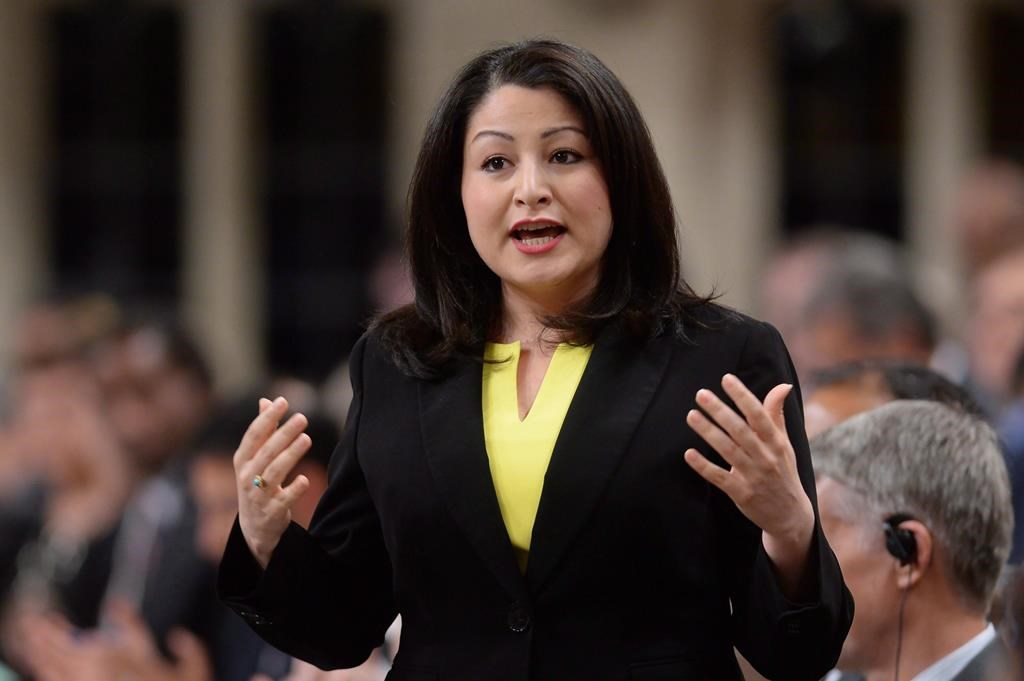 A leaked draft of an online federal survey on electoral reform to be launched next month has raised suspicions that the Trudeau government is trying to skew the public consultation process to favour the status quo.

The questions in the draft survey, leaked Thursday, are broad and at no point ask respondents for their opinions about specific models of voting systems.

Although the overwhelming majority of experts and Canadians consulted by an all−party committee favour a proportional voting system, the survey does not ask participants if they believe a party’s share of seats in the House of Commons should reflect its share of the popular vote.

Government insiders said the leaked survey was just a field test and the final survey will be quite different.

However, it will still not ask for views on specific voting models, confining itself to exploring the broad principles that Canadians believe should underpin the electoral system.

The Every Voter Counts Alliance, a coalition of groups and individuals who favour proportional representation, obtained the draft survey. The alliance denounced the government for ignoring the testimony before the committee — which is supposed to recommend an alternative to the current first−past−the−post voting system by Dec. 1 — and for asking misleading survey questions aimed at producing "skewed results."

In the House of Commons, NDP democratic reform critic Nathan Cullen accused the government of spending $2 million to conduct a "pop psych survey" aimed at producing the result the government wants to hear.

"Today, under the guise of consultation, we see the Liberals engaging in decision−based evidence making, apparently designed to maintain the status quo," Cullen said, flipping the Liberal mantra about "evidence−based decision making."

"Almost 70 per cent of MP town hall reports, 88 per cent of expert witnesses and 87 per cent of Canadians who testified in front of the committee want a fair, proportional voting system. But apparently that’s not enough for the government."

But Democratic Institutions Minister Maryam Monsef said the government is simply looking for new and innovative ways to consult as many Canadians as possible about "the values that matter most to them" in their voting system.

To that end, the government has hired Vox Pop Labs, the group behind the popular Vote Compass online tool, to conduct the online survey next month. The government intends to send post cards to 13 million Canadian households, urging them to get involved and directing them to the survey website.

"From the very beginning we were clear, we will not move forward on reform without the broad support of Canadians," Monsef said.

The timing of the survey — to be launched after the all−party committee has already submitted its report — has previously raised concerns that the government plans to ignore the work of the committee.

Prime Minister Justin Trudeau promised during last year’s election campaign that the 2015 vote would be the last conducted under first−past−the−post.

'Will of Canadians' needs to back any reforms to electoral system, say Liberals

It sounds a little as though

It sounds a little as though the government is trying to encourage people who are less interested and less informed on the issue to pitch in with a knee-jerk type of a response, which is likely what we'd get if a referendum were forced upon us on this issue. Referenda are overly simplistic tools and subject to manipulation, just like polls and surveys. It is very evident that you can elicit the answer you want by manipulating process. Those Canadians who have been motivated enough to come out to give input at panel discussions and open houses, or who have taken the trouble to make presentations or submissions to the government, citing evidence, should indeed be given more of an ear than those who can't be bothered, or who might, at best, feel up to checking a box on a mailer or online form.

PEI just had a consultation with its population and those who voted voted in favour of proportional representation. The government is apparently now back peddling and saying perhaps the voter turnout was too low, when, the last time they went through this exercise, and a similar small turnout resulted, but the status quo was favoured, they found that so very persuasive.

Time for Canada to make the leap to proportional representation, because it makes so much sense on so many levels. Mr Trudeau's government risks losing all credibility, unless they stick to their word on electoral reform, and stick to their commitments on climate change. When PM Trudeau proudly declared "Canada is back", did he mean "Canada is back to talking a good story but never following through?" This Canadian hopes not. We can't have it both ways, and being a centrist doesn't mean trying to suck and blow at the same time. Time for some principled actions and decisions that serve Canadians, not solely partisan or corporate interests.

Although Trudeau stated during the election campaign that the October, 2015 election would be the last using FPTP, during the campaign, the substance he put to that promise was to “make every vote count “and he stated that often and clearly while .at the same time, it was known that he favored some kind of alternative vote using a ranked ballot system with FPTP. Such a system would not have a chance of making every vote count. The only system that could do it would be a robust form of proportional representation.

As pointed out in the article, during the formal hearings, 88% of the expert witnesses and a solid majority of citizens who participated in the consultations favored some form of proportional representation. As this situation became apparent, Trudeau’s enthusiasm for changing the electoral system waned. Indeed, his enthusiasm began to wane after his party won a majority government in October, 2015.

Trudeau announced his lack of enthusiasm for electoral change in about the most
arrogant and hypocritical way possible .he suggested that when Harper was in government there was great enthusiasm for electoral change but now that the Liberals
had a majority government, there was no such enthusiasm. This was essentially a lie on both counts. Before the election, people wanted a change of government but not much was initiated about electoral reform. However, during the official consultations, most of those consulted favored some form of proportional representation. Further, surveys showed that a majority of citizens questioned would like electoral change and belief that a system that allowed a party to form a majority government with less than 50% of the votes was unfair .

Recently, it became known that the Liberal government intends to send out about 13 million cards to various citizens announcing a website where they could register their opinions on values related to the voting system. Apparently , the questions are broad and do not ask about specific voting systems. The Liberals claim that they had always intended to do such a survey. However, they said nothing about it until they got the results of the consultations completed during the summer. Given the demonstrated hypocrisy of this government, it seems likely that if the consultations had produced different results favoring retention of FPTP, this so-called survey would never have seen the light of day .

Apparently, the survey does not ask about voting systems. Given that the government refused the committee money for the development of models to help produce proposals for electoral change, it would not be surprising if they didn’t want any suggestions from mere citizens.

When Harper was economical with the truth ,I and others characterized him as having a Pinocchio nose. What seems to be the case is that Pinocchio nose is some kind of virus
that affects people in the Prime Minister’s office .if Trudeau keeps going the way he is he will need a platoon of soldiers to carry his nose.

Citizens should contact their MPs and inform them in no uncertain terms that they don’t like the hypocrisy and the lying and that they want the Liberals to live up to the promise to “make every vote count “.