Fires burn the west, as top Democrats stay quiet on the climate crisis 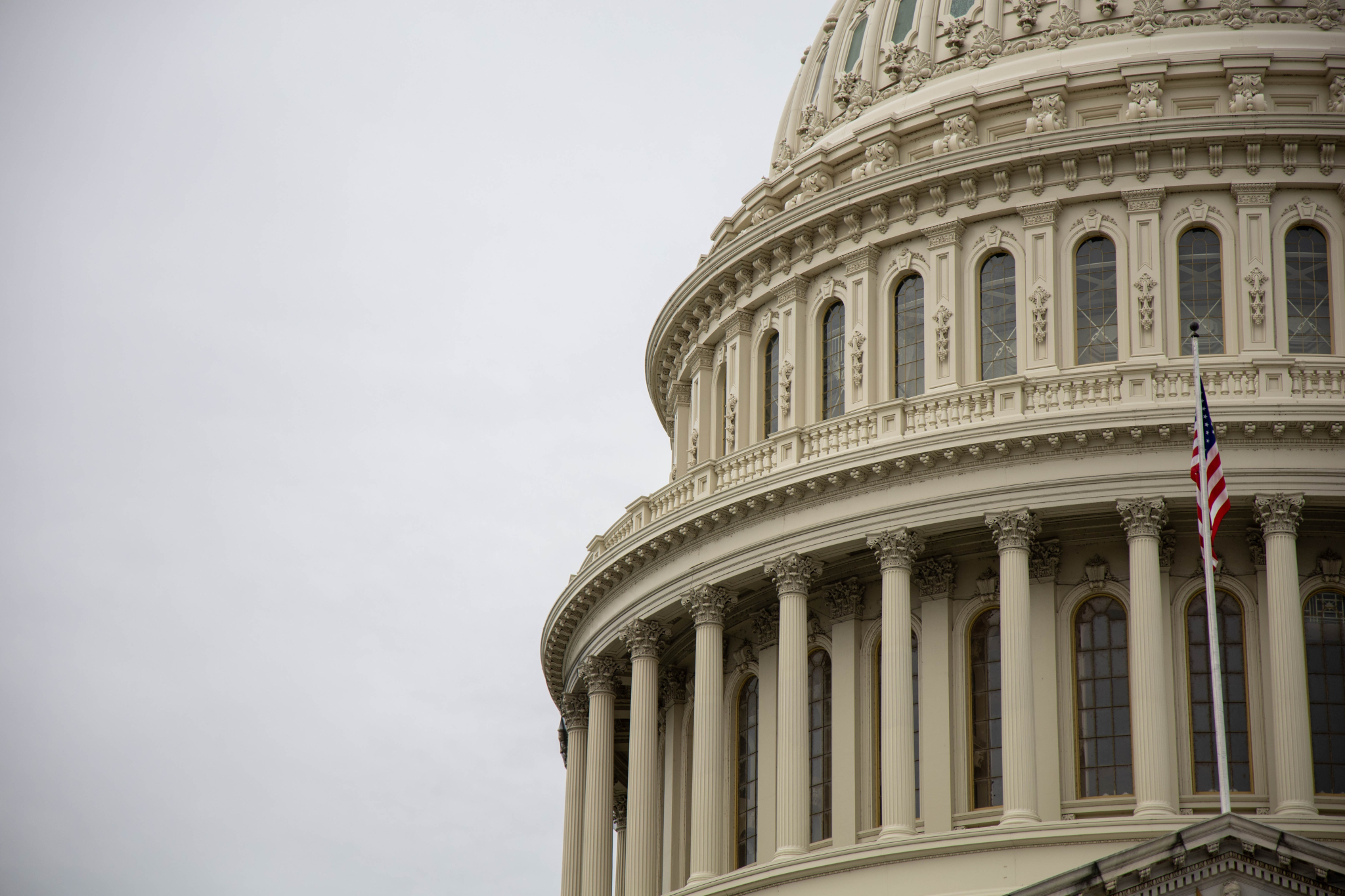 With hundreds of thousands of Americans forced to evacuate their homes in the western US, Donald Trump hasn’t said a word about the wildfires blazing across multiple states in three weeks.

But some national Democratic leaders also have been slow to call attention to the fires in California, Oregon and Washington which have killed more than 20, forced millions to breathe ash from orange-tinted skies that are blocking out the sun, and seen hundreds of thousands of people flee their homes.

Climate activists say the tepid political response, particularly from the Democratic House speaker, Nancy Pelosi, is yet another sign that US politicians are far from ready to take concrete steps to deal with the realities of climate change, let alone write laws to stop burning fossil fuels in order to slow its effects.

Another four years of Trump in office would devastate the international climate movement, but even a Democratic-controlled government is not guaranteed to substantially address the crisis.

Last week, Pelosi barely mentioned the fires, which are ravaging her own home state of California, until Thursday, when she was asked about them on MSNBC and in a weekly press conference.

In a 17-minute update for reporters, she spoke of the fires – which are being made worse by human-induced climate change – just briefly before speaking at length about what she sees as Republicans’ failed response to the coronavirus.

When asked if Democrats would pursue major climate change legislation immediately if they win control of Congress and the White House, Pelosi gave a jumbled answer.

“Well, we will have … we will have, obviously, hopefully, the #Covid pandemic will have subsided – if there’s any thought that the Republicans in #Congress will pay attention to science,” Pelosi said

“Well, we will have … we will have, obviously, hopefully, the Covid pandemic will have subsided – if there’s any thought that the Republicans in Congress will pay attention to science,” she said.

“Right now they’re in a place where they don’t believe in science and they don’t like governance. So they don’t want any reason to have to govern, to call for standards to defeat the virus … but the virus, of course – in other words, to open up our schools and our economy – has to be first and foremost. But yes, it will be an early part of the agenda.”

Pelosi added that climate change has long been her “flagship issue”, spoke of a 2005 energy law she helped pass, and noted House Democrats have drafted a climate report.

Pelosi’s spokesman, Henry Connelly, pointed to Pelosi’s comments about the wildfires and climate change in interviews and press conferences two weeks ago, on 26 and 27 August. He said under her leadership the House had made it a priority to pass climate-focused legislation and noted she was convening the heads of parliament of G7 nations this weekend on the climate crisis and economic and environmental justice.

However, Pelosi has previously mocked the Green New Deal – a progressive proposal for large-scale spending to fight inequity and the climate crisis simultaneously – calling it the “green dream”.

So has Dianne Feinstein, the senior Democratic senator for California, who last year told children who came to her office to ask her to commit to a Green New Deal that she disagreed with the plan, including because there was “no way to pay for it”.

Feinstein, in a recent op-ed, linked the more intense fires to climate change and called for policy changes to help communities prepare for and fight fires. But she did not write about any policies to halt rising emissions.

“You look up at the sky and you wonder. It’s not just the Republicans who are letting us down. It’s the Democrats who aren’t fighting for a better climate future either,” said Rebecca Katz, a progressive political consultant and founder of New Deal Strategies. “Alexandria Ocasio-Cortez has said that climate delaying is the same as climate denial. And it’s hard not to see that point crystal clear on a morning like today.”

Joe Biden has a $2 trillion plan to try to virtually eliminate climate emissions by 2050, but he reiterates frequently that he would not try to ban fracking – the process that has fueled a gas drilling boom in the US. In doing so, he has earned the support of some reticent labor unions.

“The Biden campaign understands that a full embrace of an aggressive climate change agenda could create problems for them in the upper midwest,” said Dan Schnur, who served as an adviser to the former California governor Pete Wilson and Arizona senator John McCain. “Trump has shown no desire to talk about California beyond using it as a liberal punching bag to make his case to his conservative base.”

On Thursday, Biden’s campaign tweeted a video of the destruction and said: “Make no mistake: climate change is already here – and we’re witnessing its devastating effects every single day.

“We have to get President Trump out of the White House and treat this crisis like the existential threat that it is.”

Sabrina Singh, a spokeswoman for Kamala Harris, said Biden and Harris “have been closely monitoring the wildfires raging across the state and highlighting the urgent need to address the threat of climate change”.

Barack Obama also tweeted photos of a glowing, smoke-filled San Francisco and told followers to “vote like your life depends on it – because it does”.

That’s compared to Trump, who has held 46 public events since 23 August where he could have addressed the wildfires but did not, according to a review by the group Climate Power 2020.

Asked why he has not done so, the White House spokesman Judd Deere said Trump was “closely monitoring” the fires and had sent federal funding and personnel to help states fight them. Deere flagged a tweet noting Trump spoke with California’s governor, Gavin Newsom, to “express his condolences for the loss of life and reiterate the administration’s full support to help those on the frontlines of the fires”.

The high-profile Democratic nods to the climate crisis are an improvement over just years ago, when the issue was barely touched upon in presidential debates. Yet activists say it is not enough. The planet is already 1C hotter than before industrialization. It is on track to become at least 3C hotter. The wildfire season is expanding, and climate-fueled drought is making the fires more dangerous. Stronger hurricanes are ripping apart Gulf coast communities. Iowa and other midwest states are still reeling from a derecho.

“It’s unfortunate, given that the speaker’s own district is being impacted by what’s going on right now,” said Anthony Rogers-Wright, policy coordinator of the Climate Justice Alliance.

“There are far too many in Democratic leadership who believe that climate change is a wedge issue. When what it really is is an issue that if articulated correctly could bring everyone together.”

Without saying the words “Green New Deal”, the measure’s goals are closely aligned.

In a virtual press conference on Thursday, the Democratic senator Jeff Merkley of Oregon spoke of the “almost apocalyptic moment” in his state.

He blamed an influx of “dark money” from the fossil fuel industry in political campaigns, saying their contributions brought the Senate majority leader, Mitch McConnell, to power.

“We are seeing the regular arrival of larger, more intense disasters that are absolutely consistent with what happens when you have a warmer planet,” Merkley said. “We have to now translate that into a determined, hopefully bipartisan, effort to have a bold, massive undertaking to address it.”

We should not forget that

We should not forget that Barack Obama presided over, and takes credit for in speeches, a more than doubling of US oil production (nearly all fracked).

But most of all, we shouldn't

But most of all, we shouldn't forget that Canada is one of the top two worst performers in the world, by any metric, in terms of GWG production and reduction. While it used to be that the US was way worse, and while it's true that all the provinces but "the Tarsands Provinces" have been on track to meet the inadequate reductions targets we've had, it needs to be repeated, again and again and again, that the negative performance of those two provinces has wiped out all the gains made by the other provinces toward the national totals.
Now we have the spectacle of the federal government foisting the "carbon charges" on individual households, including those using the best options available to them, while the corporations, the "big GWG producers" get off scot-free, as do their lenders and insurers, and thus the total cost to investors.
I don't think Canadians, generally, understand how reviled we are internationally, for our "climate intransigience." Nor do Albertans, generally, understand the "carbon budget share" their good pay has been costing Canadians ... or, for that matter, that the price of Alberta oil isn't ever going to get better, that it's got nothing to do with TMX, and that the existing TransMountain pipeline isn't used to anywhere near its capacity -- simply because there's no market for the product.
Alberta wasn't mightily negatively impacted by the FTA and NAFTA ... and while it seems unfair to them that there are so many unemployed in Alberta, that is also the case in the rest of Canada ... and 500,000 jobs were lost in southern Ontario alone to the same FTA that left oil producers sitting pretty ... or that all of Canada has been subsidizing prairie oil production all along, while the other provinces pay provincial sales taxes for pretty much everything.
I really want all their displaced workers to be helped to get jobs in a green economy, and ditto for workers in the rest of the country. And I also want them to understand that they aren't the only provincial economy suffering, aren't the first, and won't be the last. Life moves on, the petro party's over, and I'd be hopping, spitting PO'd, if were them, that there was nothing set aside from the petro wealth, for later, just as I've been hopping, spitting PO'd that our PM bought a pipeline. Even if he didn't pay through the nose for it, it wasn't what Canadians wanted. And we'll take a loss on it, no matter what we do, so better we stop throwing good money after bad. And focus on maintaining the forest acreage we have left ... as well as to make up for the part that's been burned, the part that will no matter what we do next, wind up under water in 50 years.
Our collective job now is to stop making it worse forever, and it's not people struggling to heat their homes in winter who can make that happen.