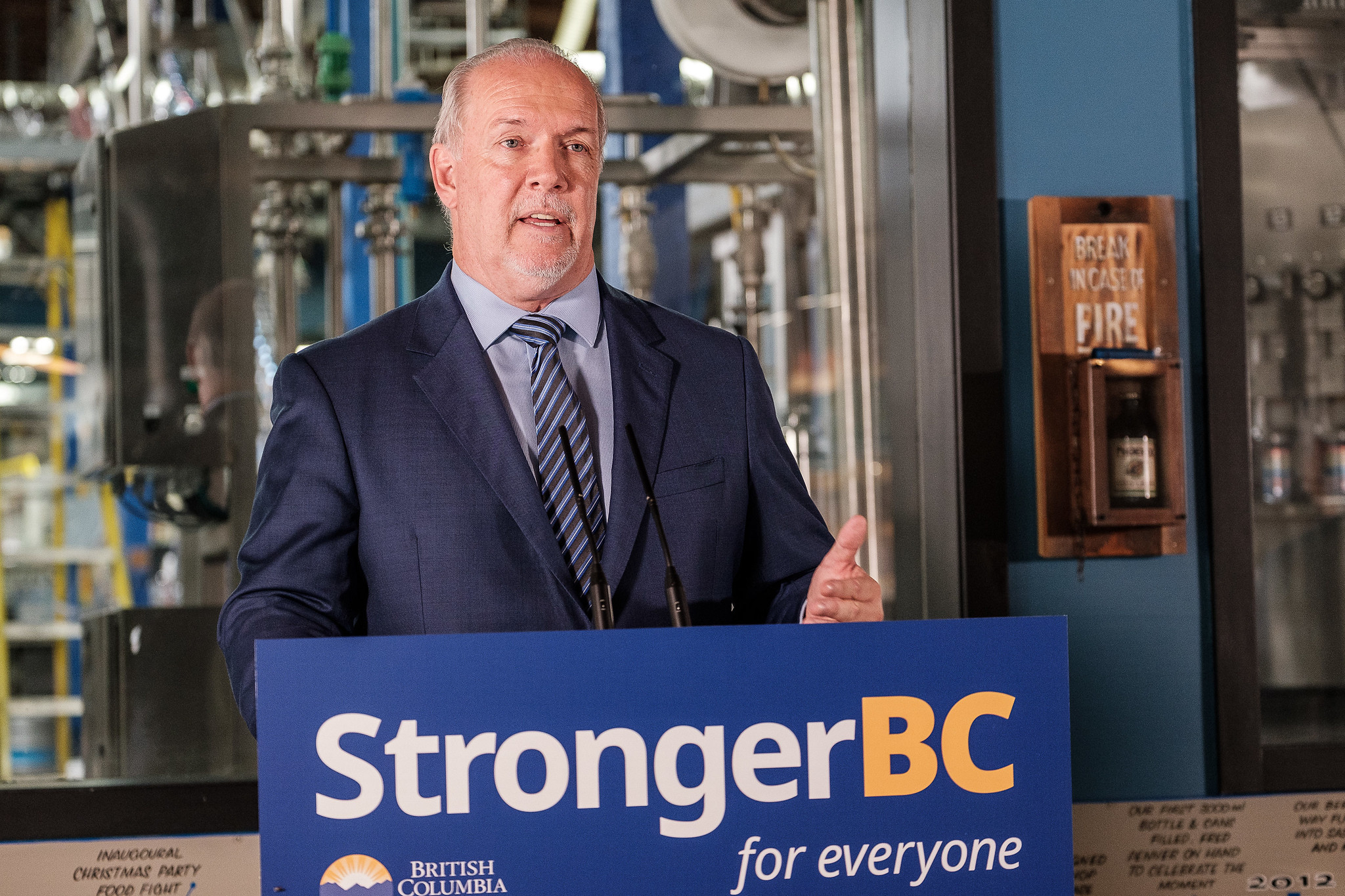 B.C. Premier John Horgan confirmed the rumours and called a snap election this fall, even as the number of COVID-19 cases in the province is on the rise.

The NDP leader announced on Monday that the election will take place Oct. 24, in the midst of the ongoing pandemic.

Horgan acknowledged calling an election during the public health emergency is not ideal, but said he wants a mandate from voters to act decisively during the pandemic moving forward.

The premier heads a minority government with a support agreement in place with the BC Green Party.

That agreement is outdated with the departure of Andrew Weaver as leader of the BC Greens, and was not crafted to respond to the challenges the pandemic posed, Horgan recently said.

As the fall advances, challenges tied to the pandemic will continue to arise, and he wants to be prepared to meet them, Horgan said.

“We’re going to be heading into cold and flu season,” said Horgan, adding the pandemic is going to have impacts well into foreseeable future.

“But the challenge for us is, do we have a government that will be in a position to respond in November, December, January and February decisively in the interest of British Columbians,” Horgan said.

“I'm not confident we have that today. And that's why I'm asking British Columbians to give confidence in the next government by having an election.”

“He risks upsetting people by calling what they think is an unnecessary election,” said Hamish Telford, political scientist at the University of the Fraser Valley, on B.C. Premier John Horgan's decision to call a snap election during the pandemic.

Horgan runs the danger of alienating voters with an election during the pandemic, as he tries to consolidate power and secure a majority government, said Hamish Telford, a University of the Fraser Valley political science professor.

“He risks upsetting people by calling what they think is an unnecessary election,” said Telford, adding the NDP is moving forward now to take advantage the current popularity they are enjoying in the polls.

“People are rightly worried about their health, their jobs, the safety of their kids in school. A lot of people don't think there's any need for an election now and will be ticked off.”

The NDP have to gain at minimum four additional seats in the upcoming election to secure the majority they want, Telford said.

The announcement follows weeks of speculation that Horgan, a little more than three years into his mandate, would call an early election.

A total of seven cabinet ministers have recently announced they weren’t seeking re-election.

B.C. Transportation Minister Claire Trevena is the latest cabinet member to announce they won’t be running in the next election.

Trevena, MLA for North Island, issued the announcement Sunday saying she was going to take on new challenges.

“It has been a great privilege to be the representative of the North Island for 15 years and to have the trust of people across the constituency,” Trevena said in a press release.

Other ministers who have announced they won’t seek re-election include:

All signs pointing to a fall election were there, said Telford, noting the NDP government’s big rollout of its $1.5 billion recovery program late last week.

Commercial advertising around the StrongerBC program, which smacks more of an election platform, Telford said, had already started emerging over the weekend.

Trevena herself has made a series of transportation announcements in recent weeks, including re-announcing the high profile SkyTrain extension along Vancouver’s Broadway corridor. The NDP announced it was awarding the contract to deliver the SkyTrain extension at the beginning of September, highlighting its previous commitment to the $2.83-billion project funded by the province, along with the federal government and City of Vancouver.

In announcing her retirement from politics, Trevena outlined some recent successes in her riding, including securing a new hospital and public housing in Campbell River.

In her role as transportation minister, Trevena cited successes around transit, ride hailing and BC Ferries, a critical transportation network for the coastal communities in her riding.

“We’ve put the public interest at the heart of the ferry system,” Trevena said, adding the NDP has invested heavily in the public transit system.

“We’ve developed an active transportation strategy to get people out of their cars, and we’ve introduced the safest system for ride hailing on the continent,” Trevena stated.

NDP candidates announcing their intentions to run in now-vacant ridings have begun.

Former MP and potential star candidate Nathan Cullen is one candidate who has announced they are seeking the nomination in Donaldson’s Stikine riding in B.C.’s northeast.

However, announcements about candidates seeking nominations in other vacant ridings have not taken place, including for Trevena’s North Island riding.

....just one more nail in the box of reasons why SO MANY NDP-ers in B C are having SUCH a difficult time right now!!! Sure, the NDP/Green alliance is definitely changed now. BUT focusing exclusively on pandemic issues makes a BIG LIE about doing what people need! The climate emergency already demonstrates what politicians need to do, and the necessary actions will address the pandemic too!!
I'm definitely NOT looking forward to participating in my NDP incumbent's campaign, although I'm already committed!!

Compared to the previous four

Compared to the previous four elections, this one should be a breath of fresh air. We won't need to worry about possible illegal activity between big media and the incumbent political party.

Big media is generally afraid of social democracy, because with cooperation, they simply wouldn't be able to profit from tragedy. I'm sure they're still desperate to get their way this election.